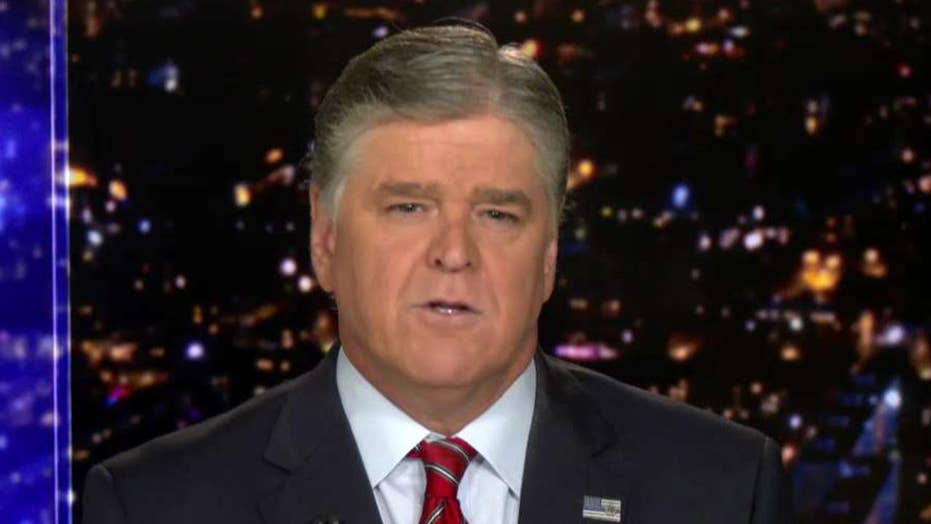 Media rushes to defend Obama after 2020 Democratic candidates attack him during debate.

Much of the discussion during the Democratic presidential candidate debates so far has been devoted to spending proposals, but absent throughout has been any recognition of the entrepreneurs and small businesses who fuel our country’s economy.

This is a big mistake and it surrenders massive swaths of political real estate.

Democrats are good at talking about help, assistance, aid, partnerships, programs and plans. What we can’t seem to embrace is success.

Watching the presidential candidate debates, I found the rush to offer “free stuff” to the American people so strong that I half-expected one candidate to promise free food – only to be surpassed by the next who would promise that the food will be pre-chewed.

“No one will have to chew their own food in my America,” the candidate could bellow.

I’m a Democrat and veteran of three presidential campaigns. I know that historically Democrats have worked with the private sector to create jobs and help businesses thrive and benefit workers, so much so that since World War II the stock market has performed better under Democratic administrations.

Of course, the multibillion-dollar – and for some candidates multitrillion-dollar – proposals to give the American people “free stuff” would have to be paid for, assuming Congress would enact the spending schemes into law.

What’s missing from the debates is a recognition that America’s success doesn’t come from government collecting most of our money in taxes and then spending it to give us “free” programs.

What’s missing from the debates is a recognition that America’s success doesn’t come from government collecting most of our money in taxes and then spending it to give us “free” programs.

America’s success, throughout our history, has come from entrepreneurs and small-businesses people who develop new products and services that consumers want to buy, create jobs that workers want to fill, and pay their employees competitive wages and benefits.

We shouldn’t count on voters to prefer Big Government alone instead of combining it with the private sector’s central role as the engine of our economy.

What’s missing from the Democratic debates has been a focus on how tax dollars are generated, leaving a wide-open lane – especially in a big field – for a candidate to espouse the virtues of the free market, while pledging to help entrepreneurs thrive.

This is unclaimed turf right now in the race for the Democratic presidential nomination. The candidate who presents a compelling Success Narrative – one that connects the dots from fostering innovation, to economic growth, to tax dollars to public priorities – has a good shot at winning the presidential nomination and the general election.

In the last few electoral cycles, Democrats have allowed a whiff of moral compromise to change our views of economic success, partly explained by the moral recoil that came after the economic crisis of 2008.

But Democrats cannot continue to veer off in a solely spending-focused vision – where so much more energy is put into how tax dollars should be spent than in talking about how those tax dollars are created – namely, through prosperous businesses and their employees.

There is now a whole wing of the Democratic Party that seems unburdened by any knowledge of or appreciation for the activity that creates the dollars for their designs.

Democratic presidential candidates need to update, or perhaps even visit anew, the virtues of the free market system and develop a new way of talking about economic opportunity so it is integrated with their social goals. In other words, they need to tell voters not just how they want to spend money, but how they intend for the private sector to grow and generate more tax revenue.

The starting gun for this modern chapter was fired in 2016 by presidential contender Sen. Bernie Sanders of Vermont, a self-described democratic socialist elected to the Senate as an independent.

Sanders talked about economic success in a remote and impersonal way. He described jobs as if they were the product of the next village over, created by distant people we don’t really see or know, but whose production is the foundation for all our plans and designs.

This remoteness gave the strong impression that the public treasury is just a faucet to be turned on and off as needs arise, without thinking about how the water is being collected, stored, conserved and used.

As the old saying goes, sooner or later you run out of other people’s money. Sanders went further by basing much of his candidacy on the implication that wealth is bad, that wealthy people are bad, and that the best we can do as a society is to peel off a big chunk of that wealth to offset its harmful impact.

I don’t think this was conscious, but I did not hear a lot of championing of entrepreneurs from the stages of his rallies. The phrase “millionaires and billionaires” became a pejorative applause line – code for greedy and heartless villains exploiting the poor and middle-class and unwilling to pay their “fair share” in taxes.

In the process, success itself – not just successful individuals – was tacitly vilified.

Democrats in 2020 need to talk about kitchen table economics, but frame it as a discussion about economic success with all the work and rewards that entails.

This task will not be easy. A sleeper achievement of the two Obama administrations was doubling our exports and benefitting big, medium-sized and small businesses. But the right way to drive that home as a ripe political message remained elusive.

Add to this that the Trump administration has an inherently nostalgic view of success, as if all we need is to look across our great landscapes and see chimneys belching away to know that people are working.

This leaves Democrats with a wide lane for progressive championing of 21st-century innovation and success.

Part of the answer is policy. We can close the skills gap and reinvigorate our community colleges and trade schools so we fine-tune their ability to produce graduates to fill good jobs in their region. This would resonate deeply in communities transitioning from manufacturing to more tech and automated production.

Another part of the answer is cultural. We need to shrug off, or at least expand, the societal lens we apply to the virtues and potential of a college education.

We have adopted a binary snapshot analysis of our youth, as if college or no college is some fundamental crossroads. We lose the capacity to appreciate real knowledge when we assume there is only one way to obtain it.

Looking towards the general election in November 2020, a savvy campaign should commission an audit of the U.S. tax code and federal regulations to find a handful of ways to streamline and simplify them, and to support small businesses rather than hinder them.

I bet we could find 10 rules or regulations that could be adjusted or removed that would not harm one stream, child, worker or forest.

Looking forward, the candidate who can celebrate the American entrepreneurial spirit with a coherent Success Narrative may well set himself or herself up for success against President Trump, whose policies have been clearly bent towards Big Agriculture and the fossil fuels sector.

The question then is will certain factions attack anyone who speaks glowingly of the free market, and could the vociferousness of those attacks cripple the Democratic presidential nominee in the fall of 2020?

Depending on the field dynamics at the time, those attacks could be beneficial by creating clear space between the entrepreneurial candidate and those carrying the socialist banner. The benefits continue to flow; this prioritization of success will also serve as perfect ambassador to the suburban swing voters in 2020.

Democrats, progressives, liberals – whatever stripe you wear – cannot limit our Success Narrative to simply focusing on how tax dollars are used.

Candidates need to each present a thoughtful, substantive plan for economic growth. These plans should celebrate entrepreneurs and in the process actively champion the free market system for the flawed but indispensable pillar of our free society that it is.

Anything less surrenders the Success Narrative, which not only will lead to a loss in 2020 but over time will surrender success itself.

Roger Fisk is a Democratic strategist who served in the Obama administration from 2009 to 2017 and was a senior communications and policy aide for Senator John Kerry.