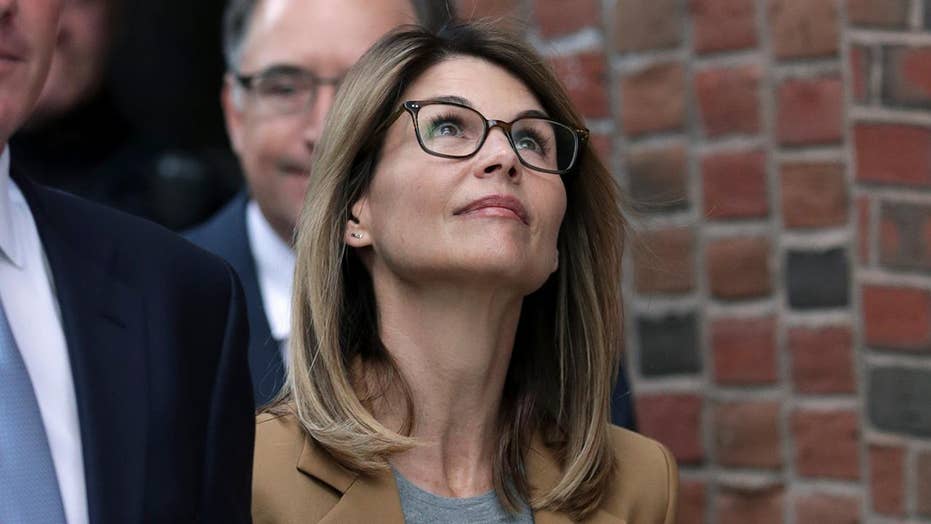 The actress and her husband are among 16 parents hit with money laundering conspiracy charges.

The college cheating scandal comes on the heels of the disgraceful dismissal of actor Jussie Smollett’s case.

The cheating scam illustrates the height of arrogance, privilege, and entitlement by the “haves” at the expense of the “have nots.” These actresses allegedly made illegal payoffs to cheat the college admission system so that their well-connected children could obtain even bigger head starts in life.

Some people think, “Hold on. This is not a violent crime. What’s the big deal?” But what is missing from that perspective is that this is NOT a victimless crime. Think about the hard-working students and their parents who should have earned those spots -- the ones who played by the rules and didn’t bribe college officials for admission.

Educational institutions and we as a society have been harmed by this scandal. The callous and insensitive actions of these parents are corrosive to our laws and societal values and have lessened our sense of fairness and respect for the college admissions process. When fairness is wrongly taken away from us, justice steps in -- at least most of the time, the Smollett-kind-of-cases notwithstanding.

Now, Smollett got the break of a lifetime and demonstrated that justice can be wrongly manipulated by those who administer it. He skates as unaccountable and arrogant, as he was when he scammed the world with his tale of being attacked.

But Huffman and Loughlin will not escape as Smollett did, and the U.S. attorney is clearly telegraphing that.

The fact is prosecutors, defense attorneys and judges have to make careful considerations about defendants every day.

Felicity Huffman has accepted responsibility by pleading guilty quickly. She has given a gut-wrenching statement of remorse to the court and the public, and she is willing to accept her punishment. This is what we in the law call atonement.

As a former prosecutor, this would have factored into how I decide to resolve her case. Yes, deterrence and punishment need to be considered. But her seemingly genuine remorse and willingness to plead guilty also achieve other important criminal justice goals, such as unburdening the court with otherwise lengthy legal proceedings and assisting prosecutors in building cases against other defendants. So it is fair for a lower sentence to be offered in exchange.

Huffman is now facing months in prison, not years, and it is possible that the lawyers may be able to convince a judge to give her no jail time at all. Either way, her “landing”, while not as cushy as Smollett’s, is still far better than the years in prison she faced had she toughed it out and later been convicted.

By comparison, Loughlin is not getting the message. The U.S. attorney was seemingly unimpressed by her failure to plea and accept responsibility, and as a result, she secured a second, more draconian indictment that will likely add more jail time to her sentence. There will be no adoring fans seeing her as innocent Aunt Becky from Full House, and no handlers, agents or red carpets to placate her in that austere courtroom. In this case, the prosecutors have the great equalizer of wrongdoers who are powerful and famous: the grand jury.

My great grandfather once stated that “a small pebble can overturn a large carriage.” Metaphorically, I believe that Ms. Loughlin is about to run head-on into a prosecutorial boulder.

The physics of federal prosecution is that plea offers are escalating. This means they get harsher as the case goes on. Importantly, prosecutors are mandated under the attorney general guidelines to require defendants to plead guilty to the highest, most readily provable offense. So as charges are increased, more jail time is tacked on.

I am not saying that these parents should never see the light of day again, but typically when the reality hits defendants that they have harmed themselves further by having more serious charges filed against them, it is a decision often regretted -- from within a place where there is plenty of time to do little other than ponder their decisions.

Who knows … perhaps Ms. Loughlin has a valid defense to the charges. Or, perhaps she naively believes she will get a Smollett deal.

My feeling is that she is ensuring she will be going to federal prison at some juncture and that this moment of pride will be followed by her fall.

CLICK HERE TO READ MORE BY ROBERT A. BIANCHI