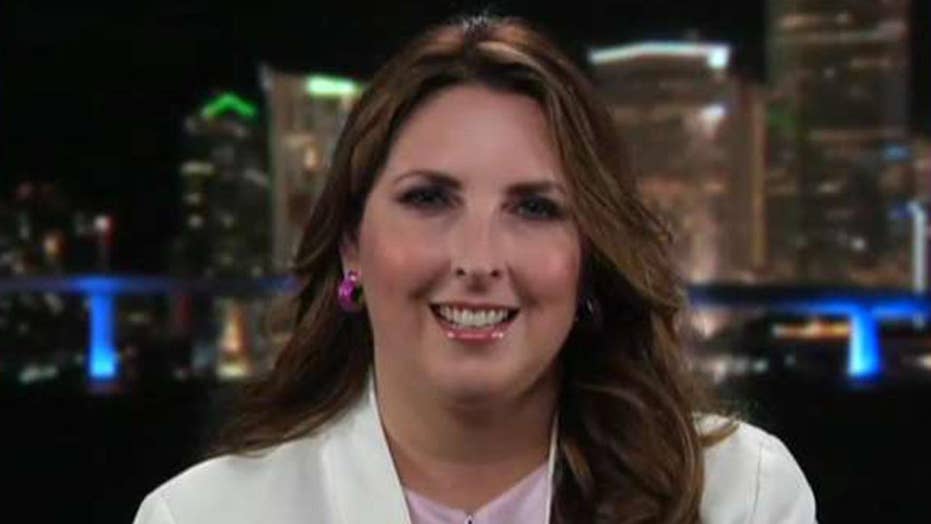 RNC chairwoman: Frightening to see how far left the Democratic Party has gone

Ronna McDaniel, chair for the Republican National Committee, responds to the second night of the first Democratic presidential debate.

Americans learned nothing we didn’t already know about today’s radical Democratic Party after two nights of debates between 20 presidential candidates in Miami.

All we got was the same broken record from each candidate espousing far-left, socialist proposals that would take our country backward and hurt hardworking families.

The good news is that the American people will never allow it. We saw Democrats on the debate stage champion out-of-touch positions that were once considered fringe and too radical even for their own party.

LIZ PEEK: KAMALA HARRIS SCORES, JOE BIDEN SURVIVES BUT NO ONE AT DEM DEBATES PROVES THEY CAN BEAT TRUMP

On Wednesday, they defended open borders and the decriminalization of illegal border crossings. On Thursday every single one of them raised their hands in support of taxpayer-funded health care for those same illegal immigrants.

The Democratic candidates touted government control over our health care system, despite the $32 trillion price tag and its promise to kill jobs and eliminate private insurance for nearly 200 million people. They also admitted that the American middle class would have to pay more in taxes to fund it.

Democrats vowed to repeal President Trump’s tax cuts – and if that wasn’t bad enough, raise our taxes, even more, to pay for government-provided jobs, wages, housing, food and college.

Of course, the Democrats have no plan to pay for it all – socialists never do. So they hide from the American people the consequences that these dangerous policies would have on our middle-class families.

Never mind the fact that our country has made historic strides under President Trump’s agenda of tax cuts, deregulation and freedom for individuals to choose the way they live.

The Democrats’ proposals are all about moving in the opposite direction of President Trump: tax hikes, regulatory burdens and government control over every aspect of our lives. It’s no surprise they can’t explain why the majority of Americans feel great about today’s economy.

Not only are the 2020 Democratic presidential hopefuls frauds and flip-floppers with delusions of grandeur – but they are also advocates of bad policies with no desire to stand for Americans’ interests.

The bottom line is that this week’s debates were yet another reminder of the 2020 Democrats’ far-left lurch toward socialism. That’s a dramatic contrast to the Trump administration’s pro-American, pro-worker, and pro-growth policies.

Voters recognize that President Trump is the only leader who can maintain our country’s path to prosperity. The results speak for themselves, and the difference is clear.

That’s why in 2020, the American people will re-elect President Trump to a second term and celebrate as our communities reap the benefits of the promises he continues to fulfill.