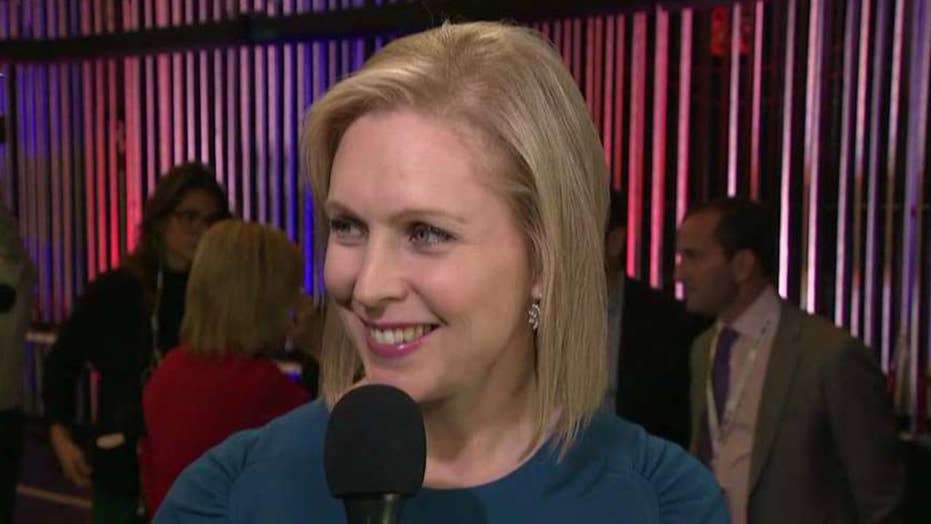 The second night of the Democratic debate in Miami was all about former Vice President Joe Biden. Would the front-runner mangle his words, lose his train of thought, crumple under the inevitable attacks on his past policies? Will he look like the candidate that can beat Donald Trump?

On the whole, Biden held up well, sticking to his guns, avoiding gaffes, defending the Obama record and declaring he would not back any Democrat who threatened to dismantle ObamaCare.

Still, numerous attacks on his record and his reticence on some issues took a toll.

Throughout the evening Biden could be seen tentatively raising his hand for attention, then dropping it as though relieved he had not been called upon by the moderators. Several times in mid-spiel he cut himself off, pretending that his time was up (a rule his colleagues ignored) when perhaps he was simply glad to quit while still ahead.

For sure, the gloves came off in the second debate, with punches not only directed at Joe Biden, but also with California Rep. Eric Swalwell attacking South Bend Mayor Pete Buttigieg, and Sen. Bernie Sanders made to fess up that, sure enough, “Medicare-for-All” would mean raising taxes on the middle class.

At the end of the evening, the leaders in the race – Joe Biden and Bernie Sanders – were bloodied but neither sustained a fatal blow.

Americans have an important choice to make in 2020. They can vote for a leader who has put the welfare of Americans first, reenergized our economy and challenged the status quo, or they can elect one of the Democrats we have seen these past two nights who wants to undo the progress we have made.

Unlike the night before, when the first ten Democrats duked it out, there were no disruptive technical issues. Instead, the moderators had to deal with New York Sen. Kirsten Gillibrand, Swalwell and others talking over each other and paying little attention to their time allotments.

Clearly, lesser-known candidates like Swalwell and Marianne Williamson, whose presence on that stage was ludicrous, had paid attention the night before; they were determined that they would not be ignored as their peers had been.

The melee inspired California Sen. Kamala Harris to declare that “Americans don’t want to see a food fight; they want to know how we’re going to help them put food on the table.” She was right; it was one of the better lines of the night.

Harris was the hands-down star of the second debate. She was polite but aggressive, and used storytelling, relating experiences of real people, to her clear advantage.

She landed some licks against Joe Biden, deploring his recent references to past alliances with known segregationists and his historical opposition to busing. She made it personal, noting that she was one of the first to be bused to school in her district.

To his credit, Biden managed to turn around Harris’ attack, noting that he had become a public defender, not a prosecutor like the California senator. It was a smart countermove since Harris’ aggressive career as a prosecutor has come under scrutiny by progressives.

In her closing statement, Harris touted her “3 a.m.” agenda, which deals with the concerns that keep people up at night.

She was authentic and when she said she would lead with dignity and honesty, viewers could imagine that she would.

Front-runner Biden was pressed not only by Harris, but by an assertive Swalwell, who demanded the torch be passed to a new generation, clearly suggesting that Biden’s turn had come and gone.

Though the attack was predictable, and even as the California congressman said what many had perhaps been thinking – that Biden is simply too old – his aggression was unappealing. Swalwell may have damaged Biden’s candidacy, but he didn’t help his own.

Swalwell also jumped on Sanders, demanding he adopt his proposal that the federal government should buy up assault weapons, to get them off the streets. And then he turned on Buttigieg, currently struggling with a racial policing incident in his town of South Bend. Swalwell suggested Mayor Pete was delinquent in not more quickly firing the police chief of his town.

It seems Swalwell wants the torch passed, but not to Mayor Pete.

Buttigieg, whose polls have been rising, came across as thoughtful and analytical, determined on matters like race and climate. However, he displayed little warmth or personality.

That is one of his problems currently in South Bend, where he has not handled the grief over the death of a black man at the hands of a white policeman with any empathy.

The mayor may be bright, but lacks the personal engagement that presidents need in times of disaster.

Though there was plenty of internecine warfare, no one took as much of a beating as President Trump. He was charged with alienating our allies, ripping children from their mother’s arms and throwing them into cages, denying the science of climate change, bringing us to the brink of war in Iran, cozying up to strongmen like Vladimir Putin and many other crimes and deficiencies.

These candidates have short memories. Donald Trump was elected in 2016 because Democrats, led by Barack Obama and Joe Biden, failed to ignite the growth we needed to put people to work and raise wages.

Their anti-business, globalist agenda caused a continued loss of manufacturing jobs, a subjugation of America’s interests to international agreements and growing divisions here at home.

Americans have an important choice to make in 2020. They can vote for a leader who has put the welfare of Americans first, reenergized our economy and challenged the status quo, or they can elect one of the Democrats we have seen these past two nights who wants to undo the progress we have made.

Voters can elect Joe Biden and return to the mediocrity of the Obama years, or they can choose a progressive like Sen. Elizabeth Warren or Sanders, who hates individualism and success and is committed to undermining the American dream.

Those on the far-left want equality of outcomes, not equality of opportunity.  They want the government to exert greater control over our lives and our industries and to limit our freedoms.

For most Americans, that is a tough sell.

From what we’ve seen so far, there is no 2020 Democratic candidate who will beat Donald Trump.