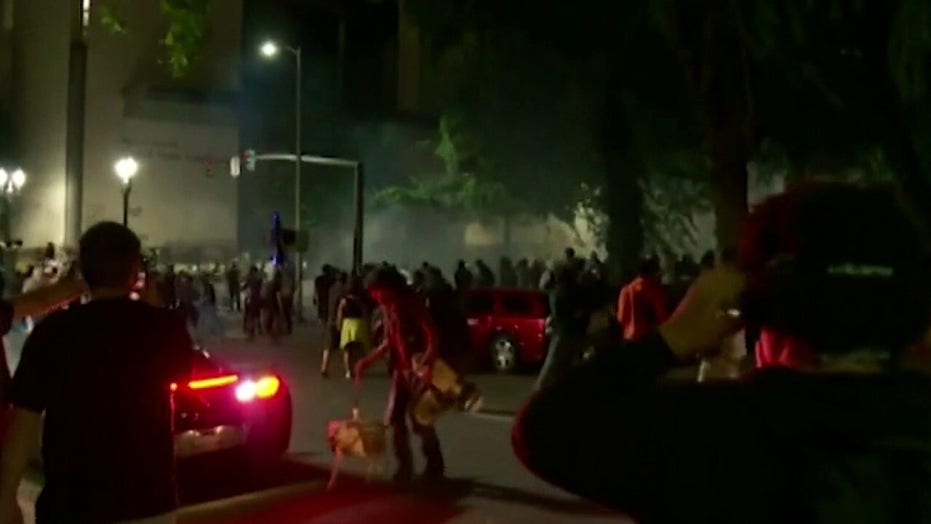 Few subjects more easily betray aggressive media bias than protests. If you're a conservative protester, you're most likely to be ignored. The networks mostly ignored this year's prayerful March for Life in January, even though President Donald Trump came in person, a historic first.

If conservative protesters are not ignored, they're most likely to be portrayed as a menace to polite society ... even when the protests are nonviolent. Ten years ago, when the tea party assembled on Capitol Hill to oppose the passage of Obamacare as unconstitutional, "ugly" was the network term for the tone of the protests.

"Late word from Washington tonight about just how ugly the crowds gathered outside the Longworth Office Building have become," warned David Muir on March 20, 2010. "We learned that as Congressman Emanuel Cleaver of Missouri was leaving his office, someone in the crowd spit on him. There are also reports of racial and homophobic slurs, one targeting Congressman John Lewis, the famous civil rights champion, and the other involving Congressman Barney Frank. You can listen in for yourself."

But Cleaver's claim and the N-word being yelled at Lewis were never proven. Andrew Breitbart pledged to give $100,000 to the United Negro College Fund if anyone could prove the slurs, and no one had the goods.

Over at CBS, anchor Bob Schieffer doubled down saying that "a yearlong debate that's been rancorous and mean from the start turned even nastier yesterday."

Let's repeat: These "nasty" right-wingers were accused of saying mean words. There was no looting, rioting, burning, vandalism or violence. No one's life or limbs were in danger.

Fast-forward 10 years to 2020. Left-wingers in Portland and other cities are tearing things down, burning things up and throwing projectiles at police. Hundreds of officers are being injured. Several have potentially suffered permanent eye damage from high-powered lasers.

But the protesters and rioters are now on the left, so the weasel words and the euphemisms flow. Reporters mumble about "mostly peaceful" protests. None of these "objective" referees measure the tone of the left as possibly "rancorous" and "mean" and "nasty." When you're protesting police officers and federal security guards, there's no need to offer dignified discourse.

Compare David Muir in 2010 to David Muir on July 27. He said: "Now to those protests turning violent. Demonstrators squaring off with federal officers in Portland, Oregon. Protests over racial injustice intensifying. Local leaders say the federal presence is only fueling this."

Muir and his colleagues have a real chicken-or-the-egg problem here. Federal security officers arrived to defend federal property under attack from violent leftists. How is it that ABC is suddenly trying to sound "fair and balanced" when it comes to "local leaders" attempting to destroy a federal building, something we all fund with our taxes?

This double standard underscores what we have long known. The media offer no reward for conservatives and Republicans being nice and polite. These manufacturers of "news" have the audacity to present themselves daily as the trustworthy referees of our democracy. But they seek to prevent any damage as the left unleashes vicious invective and violence.