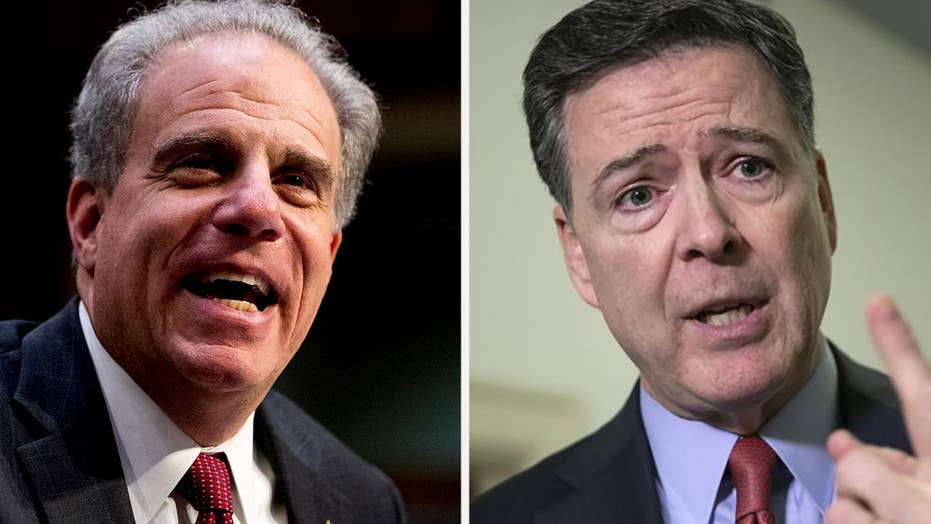 Horowitz: No one vindicated despite what Comey claims

This week I watched fired FBI Director James Comey spike the ball in the end zone because the report by Justice Department Inspector General Michael Horowitz opined that the significant abuses committed during Comey’s intrusive investigation of candidate Donald Trump’s presidential campaign were not politically motivated.

This reminds me of the country song titled “I'm living up to her low expectations.”

Comey wrote an op-ed published by The Washington Post in which he falsely claimed the Horowitz report vindicated him and the FBI from the “torrent of smears and falsehoods” directed against him and the bureau.

CHRIS WALLACE: MISDEEDS FOUND BY DOJ WATCHDOG HOROWITZ WERE 'SHOCKING,' COMEY HAS A LOT TO EXPLAIN

The disgraced and sanctimonious Comey has reached new pinnacles of hubris and partisanship. The truth is that his tenure the FBI will live in infamy for the abuses outlined in the inspector general’s report and for inserting this venerable institution directly into politics and partisanship.

This is not the first time that Horowitz, who was appointed by President Barack Obama, made a strong case but failed to make the hard call.

But even if there was no anti-Trump bias by FBI officials under Comey, that’s a low bar to set. Committing significant abuses directed towards four U.S. citizens and a presidential campaign – as Horowitz concluded the FBI did under Comey – is nothing to celebrate, just because the inspector general concluded it was carried out without a “political motive.”

This explains a lot about how Comey ran the FBI during his short but disastrous tenure.

Consider that, among many other abuses, the inspector general found that Comey’s team inserted at least 17 “inaccurate, incomplete or unsupported” assertions in an application under the Foreign Intelligence Surveillance Act (FISA) to conduct the most intrusive surveillance the government can inflict on an American citizen, let alone a presidential campaign.

Note that a FISA order can include interception of phone, email and text communications – as well as installation of cameras and microphones in a home, office or car of the “target” It’s hard to imagine anything more intrusive.

Horowitz’s report also revealed that Comey’s team used a dossier (really a collection of memos) paid for by a political opponent that contained “unsupported” and erroneous third-hand information from unidentified sources of unknown reliability to support the FISA order.

In one of the crown jewels of his findings, the inspector general revealed that the author of the dossier – former British spy Christopher Steele – was a mercenary paid by the Clinton campaign who managed to become a documented FBI informant. But importantly, Steele was ultimately discredited and fired by the FBI for his unreliability.

Despite this unreliability, the dossier – which Comey himself described as “salacious and unverified” – was used to get permission to conduct wiretaps of a presidential campaign. Comey himself approved the original FISA order.

This should terrify all Americans, regardless of their politics. The fact that the inspector general opined that his team could not find evidence that the abuses were the result of political bias provides no comfort.

In my over 40 years in and around the U.S. Justice Department – including serving as an FBI assistant director – I have witnessed how the department’s Office of Inspector General operates.

Investigations are limited to Justice Department employees and are hamstrung by the inability to use traditional investigative tools that a criminal inquiry would normally allow.

Justice Department inspectors general must depend on the continuing goodwill and cooperation of the agencies they investigate.

Few if any reforms are instituted as a result of inspector general reports, because the transgressions are so often attributed to the actions of low-level employees.

Attorney General William Barr knows this and is determined to unearth the full scope and extent of the abuses that took place at the FBI – and actually hold people accountable. This is the only way to ensure the abuses uncovered by Inspector General Horowitz never happen again and true reforms are instituted.

With all due respect to Horowitz, it is a cop-out to blame low-level employees in the FBI for the serious problems his report uncovered.

The 35,000 talented and dedicated professionals of the FBI working in the trenches every day – and sometimes risking their lives – were not responsible for the gross abuse of power involved in the surveillance of the Trump campaign. 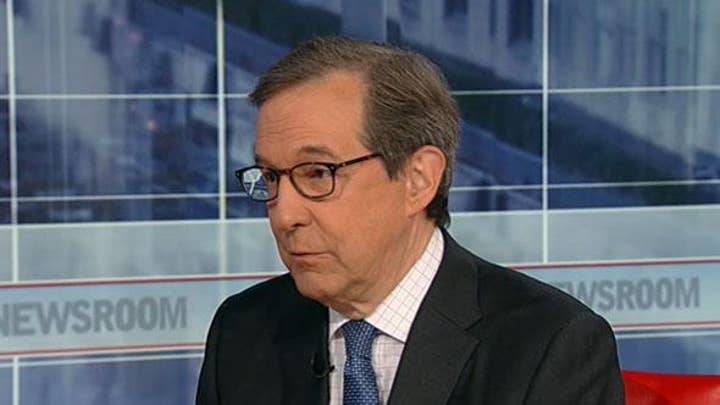 McCabe’s wife accepted about $500,000 in political campaign contributions when she ran as a Democrat for a seat in the Virginia state Senate from a political action committee run by then-Virginia Gov. Terry McCauliffe.

The governor was a strong supporter of Hillary Clinton when she ran for president against Trump in 2016. And the Clinton team commissioned and paid for the now thoroughly discredited Steele dossier. Go figure.

Fortunately, Attorney General Barr and U.S. Attorney John Durham are conducting a broader and more far-reaching investigation. They are our best chance to get to the bottom of this outrageous conduct documented by Horowitz, hold people accountable and make sure this never happens again. They may even turn up new incidents of FBI misconduct.

Durham will show us what a real investigation looks like. Barr will take a critical look at Durham’s findings and act accordingly.

The Horowitz report reveals that thanks to Comey and his inner circle, current FBI Director Chris Wray has quite a mess to clean up.

Already, Wray has announced he is making some 40 different reforms within the FBI to address the findings in the inspector general’s report, which are actually failures of Comey. That's a good start. Wray also intends to hold any current employees implicated by the report accountable.

Make no mistake: James Comey is not the FBI. He stands on his own and needs to stop hiding behind the FBI to deflect criticism.

The low standards Comey sets for himself may be high enough for him but they are not what we expect out of the world’s finest law enforcement and intelligence agency. In the words of the late Rep. Elijah Cummings of Maryland, “we are better than that.”