Can a divided government bring an end to the partial shutdown? Insight from House Majority Whip Steve Scalise.

We need to secure our border. There have been many words spoken about the funding fight to do this, but consider these: “The bill before us would certainly do some good. It would authorize some badly needed funding for better fences and better security along our borders that should help stem some of the tide of illegal immigration in this country.”

No, that statement wasn’t made by a Republican. It was a speech given by then-Sen. Barack Obama of Illinois in 2006, when 26 Senate Democrats – including Obama and Sens. Hillary Clinton and Chuck Schumer of New York – voted for The Secure Fence Act, which allocated $50 billion over 25 years for 700 miles of fencing along the border.

That’s right. Barack Obama and Chuck Schumer voted for 10 times more funding than President Trump is requesting now to secure our border. What has changed Democrats’ recognition that our southern border needs to be secured? Two words: President Trump.

CLICK HERE TO READ MORE FROM REP. STEVE SCALISE: ‘PLEASE GOD, LET ME SEE MY FAMILY AGAIN’ – WHAT WENT THROUGH MY MIND THE DAY I WAS SHOT

From the day President Trump took office, Democrats have vowed to oppose him at every turn in an effort to appease their radical-left base, putting the politics of obstruction over the security of our country.

There’s been no better example of that than the current partial government shutdown.

Last month, House Republicans acted to keep our government open and our country safe. We passed a bill to continue government funding and provide the full $5.7 billion President Trump and the Department of Homeland Security said is necessary to secure our border.

Yet Senate Democratic Leader Schumer – who voted for border security funding in 2006 – blocked our bill from being considered in the Senate, choosing open borders over an open government.

From the day President Trump took office, Democrats have vowed to oppose him at every turn in an effort to appease their radical-left base, putting the politics of obstruction over the security of our country.  There’s been no better example of that than the current partial government shutdown.

But the time for political games is over. Lives are at stake. An illegal immigrant who crossed our southern border in Arizona is accused of murdering California police officer Ronil Singh just last month.

Singh was an immigrant himself who came here legally from Fiji seeking the American Dream. Corporal Singh leaves behind a wife and 5-month-old son. 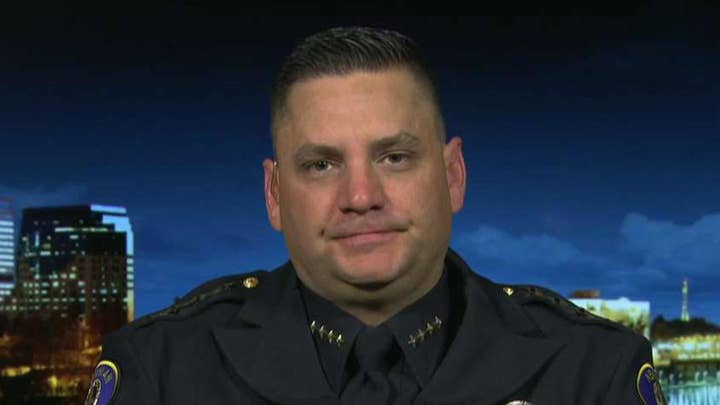 The crime caused by open borders has to stop. According to the Homeland Security Department, over 17,000 criminals were apprehended at the border last year, many smuggling drugs that fuel the opioid crisis plaguing our country.

Last year alone, the department prevented more than 3,700 known or suspected terrorists from traveling to or entering into the United States. Just last year!

Since President Trump took office, ICE agents have made over 235,000 arrests of illegal immigrants with criminal records. These include more than 4,000 homicides and 27,000 sex crime offenses. And today, we are averaging nearly 2,100 illegal crossings per day at the southern border.

It’s clear we are facing a crisis. It’s been proven time and again that walls work. Consider these numbers from the Homeland Security Department:

We can’t wait for another murder, or another 900 children to be sexually assaulted or trafficked before we finally address this problem. That is what this fight is about.

If Senate Democrats refuse to pass the bill we sent them out of the House to open the government while providing the tools we need to secure our border, they need to explain to the American people what their alternative would be that would actually address this crisis.

As we start the new year, it’s time that Democrats stop playing games with the safety of our country.

In this new year, let us all resolve to finally pass the funding necessary to make sure the president has the tools he needs to secure our border and keep America safe.