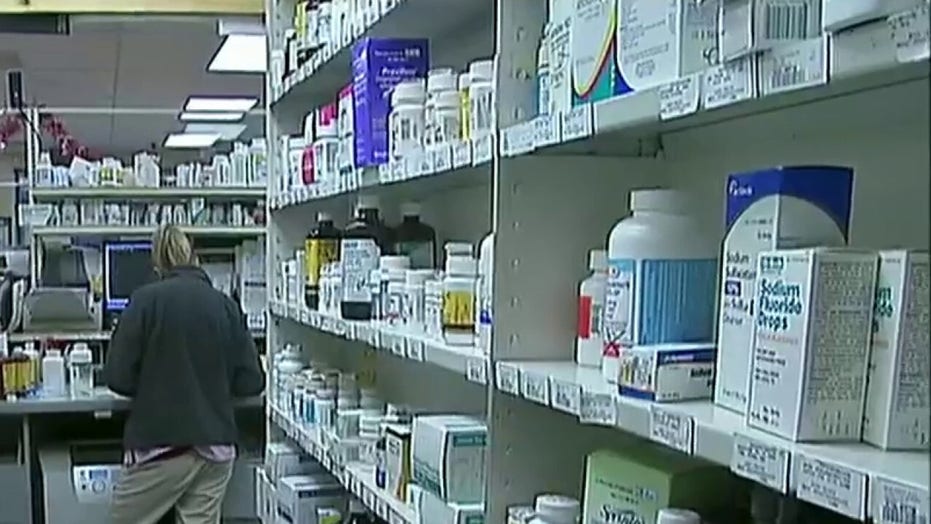 Through a series of lies, blunders and cover-ups, the communist government of China has intensified the spread of the novel coronavirus. Tragically, the United States and over 130 other countries are now dealing with the serious health and economic impacts of this global emergency.

After decades of unethical trade practices and human rights violations, the coronavirus crisis should be the final straw against China’s case for global leadership. The Chinese government has used the benefits of participation in world markets to further strengthen its control over the Chinese people, to strongarm other nations and to finance its aspirations for world dominance.

The case against China begins with unethical, government-sponsored trade practices. One in three large North American-based companies surveyed by CNBC reports that China has stolen their intellectual property in the past decade. Chinese companies then use this information to develop competitors to American technology products. Chinese cyberattacks have also targeted American companies, critical infrastructure and even the personal information of 100,000 members of the U.S. Navy.

TUCKER CARLSON: WHEN THE CORONAVIRUS PASSES, WE MUST TREAT CHINA LIKE A DANGEROUS COLD WAR ADVERSARY

Chinese telecom firm Huawei poses a special risk to global security. The Justice Department announced criminal fraud charges last year against Huawei, which has already secured a significant role in developing Great Britain’s 5G network and is seeking to expand its influence across the West. As the Chinese government would be able to demand access to Huawei’s network data, this would jeopardize both national security and Americans’ personal information.

China is also a leading human rights abuser. Its authoritarian government has detained possibly more than two million Uighurs and other Muslims in internment camps, where Chinese officials have been reported to abuse, torture and kill detainees. Christian churches have been forced underground, and pastors arrested. Other human rights abuses across China include arbitrary and unlawful killings, physical attacks on journalists and dissidents, forced abortions, and repressions of democratic protesters.

From a practical standpoint, China is also uniquely vulnerable to future virus outbreaks. As leading researchers have acknowledged, large numbers of people packed into dense cities – as well as the prevalence of open-air live-animal markets – make China a “hot spot” for new viruses.

This is not the kind of country we want to depend on for supplies and manufactured products. It is past time to prioritize a move away from China as the global economy’s manufacturing base.

Companies should seriously consider moving production to the United States or one of our many trading partners that have much better records than China.

For starters, the United States relies too heavily on Chinese-made pharmaceuticals and medical devices. FDA Commissioner Dr. Stephen Hahn reported that the current outbreak will likely lead to “shortages of critical medical products in the U.S.” This means that even Americans who do not contract the coronavirus may not be able to receive treatment for unrelated medical issues – including antibiotics, cancer treatments and others.

Reliance on China also puts much of our supply chain at risk, since parts used in the construction of so many American-made products come from China. The Port of Los Angeles is projecting a 25 percent drop in container volumes this month as shipping out of China plunges. Inventories are already running low at American companies, and purchasers are looking for alternatives to China.

We can expect future disruptions – whether by mistake or by design – as long as the global supply chain is overly concentrated in China. Companies should seriously consider moving production to the United States or one of our many trading partners that have much better records than China.

India, the world’s second-largest nation, is an American ally, an important partner in military and cybersecurity affairs, and a major purchaser of U.S. crude oil exports. Our nations already share a $142 billion bilateral trade partnership.

Many other promising alternatives for new trade relationships exist in Asia, Latin America and throughout the developing world. While developing these alternative markets, we should ramp up pressure on the World Trade Organization to hold China accountable for its unethical trade practices and human rights violations. We should also lower federal spending to reduce China’s leverage as the largest foreign holder of U.S. Treasury securities that fund our yearly budget deficit.

While none of these steps will be simple, diminishing China’s global influence will improve both our national security and economic stability and foster an environment where freedom can continue to expand around the world.