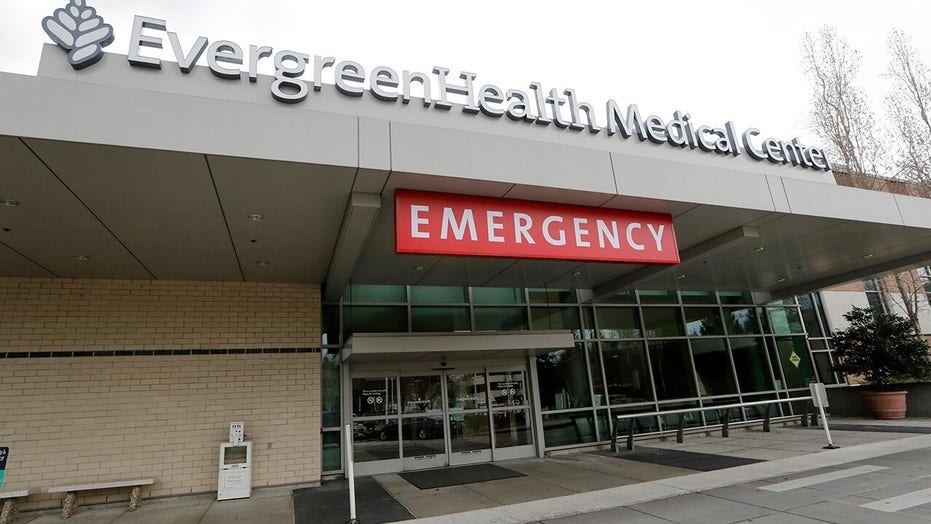 10 of the 18 confirmed coronavirus patients in Washington state have been treated at EvergreenHealth Medical Center; Dan Springer reports from the scene.

At a nursing home in Kirkland, Wash., we saw what can happen when coronavirus hits a vulnerable population. The illness spread rapidly, infecting 59 of the 72 residents and more than a quarter of the staff. As of Monday, 29 people have died.

If we don’t act now, a similar catastrophe will take place inside prisons across our country, and it won’t be long before it spreads from there.

America’s prisons are home to many people over 60 years of age, men and women who pose little threat on the outside but are facing a great threat inside. They are more likely to contract coronavirus, to become seriously ill and to die. Along the way, they may pass that illness along to correctional officers, medical professionals and other incarcerated people. From there, it will spread to surrounding communities.

Fortunately, one simple measure could slow the spread of the coronavirus on a vulnerable population, maintain public safety and save valuable taxpayer dollars: elderly and compassionate release.

Here’s why this is so important:

Even before we were hit by an almost unprecedented health crisis, the Office of the Inspector General found that the Bureau of Prison (BOP) facilities lacked the appropriate staffing, and provided limited training, to care for aging inmates. These problems will only get worse during this pandemic as prisons struggle to maintain staffing levels, manage social distancing protocols among the general population, and quarantine and treat the sick.

And as this crisis takes its toll on our economy and health care resources, we have to find ways to be smarter about our health and our spending.

Older inmates (age 60 and older) are far and away the most expensive to incarcerate, mostly due to their medical needs. In fact, that same Inspector General’s report cited BOP data showing that facilities with the highest percentages of aging inmates spend five times more per inmate on medical care, and 14 times more per inmate on medication, than facilities with the lowest percentage of aging inmates.

In 2013, the cost of caring for aging inmates at the federal level topped $880 million, roughly 20 percent of the federal corrections budget. Now imagine the cost, societal and financial, once coronavirus infects a jail or prison, which is just a matter of time.

Given the current crisis, we are hopeful President Trump would work diligently to ensure his administration facilitates the transfer of these elderly, sick and vulnerable people to home confinement as soon as possible.

Similar to a nursing home, the disease will spread through these facilities like fire through a dry barn, endangering corrections officers, prison staff, healthcare workers and the surrounding community, and sending costs soaring well past $1 billion.

The Elderly Home Detention Pilot Program — re-authorized and expanded as part of the bipartisan First Step Act — allows nonviolent federal prisoners to be transferred to home confinement if they are 60 years old or older and have served two-thirds of their sentence.

Now, Congress is considering HR 4018, a measure that builds on already-enacted bipartisan reforms, allowing the two-thirds calculation to include good-time credits, meaning additional elderly prisoners would be eligible for home detention.

In addition to this technical fix, we would argue that this emergency legislation warrants lowering the 60-year threshold to 55, the age at which recidivism rates drastically decline. We would further advocate for the transfer of any inmates that are either terminally ill (as the compassionate release provision already allows) or have a medical condition that makes them more susceptible to contracting COVID-19.

To be clear, the Bureau of Prisons would still have ultimate control over whether an inmate would be eligible, and wouldn’t free people like Bernie Madoff, who are serving life sentences.

Given the current crisis, we are hopeful President Trump would work diligently to ensure his administration facilitates the transfer of these elderly, sick and vulnerable people to home confinement as soon as possible. In fact, an emergency proposal should give the BOP the flexibility to suspend its own regulations and transfer inmates as soon as possible, and/or give inmates the opportunity to take their request for transfer to home confinement directly to a judge.

HR 4018 has already passed the House with overwhelming bipartisan support, and the bill is such a no-brainer that Senate Republican Leader Mitch McConnell hot-lined the legislation for passage in the Senate. Even tough-on-crime Republican legislators like Sens. Ted Cruz and Tom Cotton support it. Only a handful of lawmakers stand in the way now, and surely this pandemic will force them to do the right thing.

As the saying goes, drastic times call for drastic measures. But in this case, we are only calling for a modest measure: Congress must act now to, at the very least, include HR 4018 in the second part of Congress’ plan to fight coronavirus.

The Senate is poised this week to pass additional measures to help families and businesses suffering the economic costs of this crisis. That package should include simple measures to protect people’s health by transferring deserving elderly and sick prisoners to home detention as soon as possible.

Anything short could have dire public health consequences.

Holly Harris, a former GOP operative, is president and executive director of the Justice Action Network, the largest criminal justice reform organization working at the federal level and in states across the country.