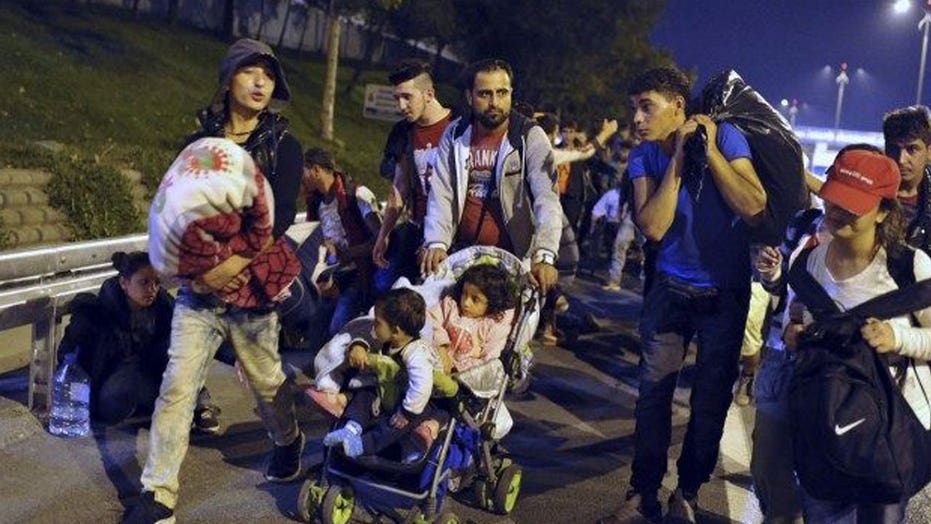 I recently took a group of members of the Congressional Border Security Caucus to our Southern border. I founded this group in 2014 so that Members of Congress could join forces in pursuing “border security first” solutions to our illegal immigration problems. In McAllen, Texas, we received an updated briefing on the challenges that our border patrol agents and states like Texas face. The crisis on our Southern border has directly impacted millions in the Lone Star State and put the lives of tens of thousands of immigrants in jeopardy.

But this is not simply a Texas problem. Americans all across the country remain equally concerned. A September CNN poll showed that illegal immigration is an important issue to every nine out of ten voters in the 2016 race. And a recent Rasmussen poll found that a majority of Americans believe that the administration’s deportation policies are not aggressive enough.

While candidates have been speaking to these concerns, much of the national media has ignored the fact we continue to face an unprecedented surge in border crossings. The winter months have historically been lighter in terms of border traffic, but apprehensions over the last few months are up almost thirty percent over previous years.

Many media reports have also parroted the Obama administration’s claims that these immigrants are fleeing violence and should be treated as refugees. But the vast majority of individuals who now stream across the border have cited the president’s own policies as their reason for coming. A Department of Homeland Security report from last year admits that 70 percent of Central Americans interviewed said they heard that if they came to the U.S. they would be allowed to stay.

It was President Obama’s own promises of executive amnesty that initially spurred tens of thousands of immigrants from Central America to illegally cross our southern border. The Central American immigrants knew that if they were able to enter the country illegally, they would not be deported. And they were right.

Then in November 2014, President Obama forged ahead with even more orders giving amnesty and work permits to more than five million illegal immigrants.

Along with Senators Ted Cruz and John Cornyn, I have supported the 26-state, Texas-led lawsuit against the president’s unilateral and unconstitutional actions.

Last year, a U.S. District Court Judge denied the Obama administration’s request to allow his unlawful immigration plan to go forward and criticized the administration for not enforcing current immigration laws. Our case has risen all the way to the Supreme Court, which will make its ruling later this year.

By ignoring and undermining immigration laws, this administration has sent all the wrong messages to illegal immigrants, and states like Texas have paid the price.

The only way we will regain control of our country and our borders is to keep defeating bad policies in Congress and in the courts. We must continue to send a strong and public message that breaking the law is a losing strategy. We should only reward those willing to respect our laws and play by the rules.

Reversing these policies will send the right messages to those who continue to cross our borders illegally. I voted multiple times to halt the President’s executive actions on immigration and two committees I serve on took actions to strengthen current laws. The House Homeland Security Committee moved legislation to improve our border security.  And the House Judiciary Committee approved a package of bills to strengthen enforcement of our current immigration laws.

Unlike President Obama, the Border Security Caucus will continue to make border security and immigration enforcement a top priority. So must our next president. That is what the American people want.