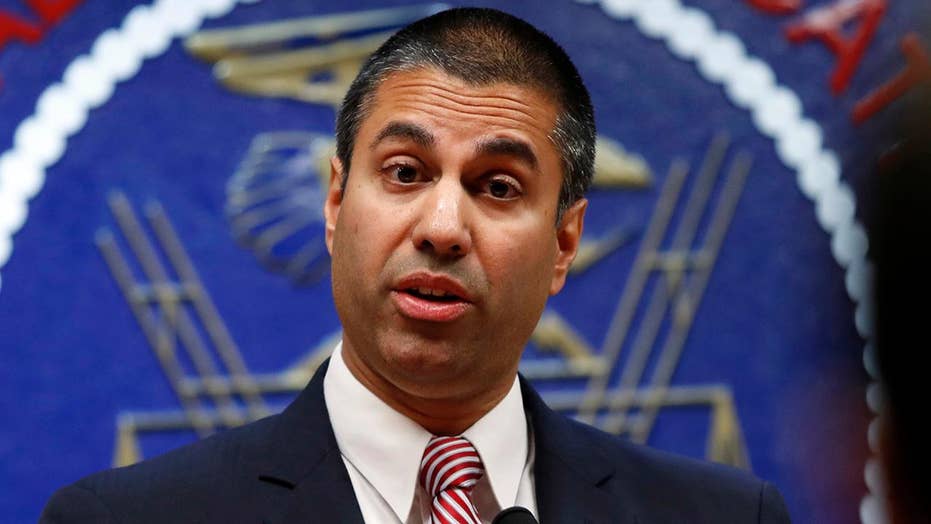 Ajit Pai is the Chairman of the U.S. Federal Communications Commission.&nbsp;

Net neutrality is a bipartisan issue in Congress. Despite the overheated rhetoric and the political talking points, Democrats actually agree with me and my Republican colleagues on the key net neutrality parameters that protect a free and open Internet for consumers.

Democrats agree with Republicans that  Internet traffic should not be blocked. There is bipartisan support for prohibiting the blocking of legal content on the Internet.

Democrats agree with Republicans that Internet service providers (ISPs) should not be allowed to impair or degrade lawful internet traffic on the basis of content, a practice also known as throttling. There is bipartisan support for prohibiting the throttling of legal content on the Internet.

These three protections – no blocking, no throttling, and no paid prioritization – are known as “bright line” rules for net neutrality, and they are supported by Republicans and Democrats alike in Congress.  These common sense consumer protections could become law.

Democrats, however, believe that net neutrality can only be achieved by regulating the Internet as if it were a utility under Title II of the Communications Act, which was originally used to govern monopoly telephone companies in the 1930s. The “Save the Net Act” imposes the heavy hand of Washington’s regulatory bureaucracy over the single most important driver of economic growth, job creation, and a better quality of life for all Americans. This will do everything but save the Internet.

“Title II” sounds inconsequential, but layering this new national governance over the web would give the Federal Communications Commission (FCC) unbridled regulatory authority. The government would have the power to tax the Internet, dictate where and when new broadband networks can be deployed, and take over the management of private networks.

What would be the result of such a sweeping regulatory takeover? Just look at what happened when the Obama FCC imposed the outdated restrictions of Title II over the internet in 2015.

In a rural district like mine in eastern Oregon, Title II inhibited the ability of small ISPs to expand broadband to underserved communities, saddling these small businesses with onerous reporting requirements that shifted their focus from their customers to new, expensive regulatory interference. Nationwide, Title II had a chilling effect on Internet investment, which declined for the first time since the dawn of the Internet age, decreasing consumer choice and increasing the digital divide.

Fortunately, we do not need Title II to achieve real net neutrality. Republicans have put forth serious proposals – a menu of options – that would keep the Internet open and free, so it can continue to be a driver of opportunity for all.

I have introduced a bill that would ensure that net neutrality rules prohibit blocking, throttling, and paid prioritization for Internet traffic, and requires that ISPs be transparent in their network management practices and prices.

Two of my Republican colleagues on the House Energy and Commerce Committee have introduced legislation that should also gain Democratic support.

Latta’s legislation is drawn directly from a proposal introduced in 2010 by the last Democratic chairman of the Energy and Commerce Committee, Henry Waxman of California.

If Democrats don’t agree with Waxman’s plan, Rodgers’ legislation is drawn directly from a bill that passed in Washington state’s Democratic-controlled Legislature and was signed into law in 2018 by Democratic governor and 2020 presidential candidate, Jay Inslee. Inslee said during the bill’s signing that this legislation ensures consumers “will be protected from throttling, from fast lanes, and they will be protected in preserving an open and accessible Internet.”

What do all three of our proposals have in common? They are rooted in the shared principles of net neutrality that will protect consumers without putting unelected bureaucrats in control of the internet. They could also become law, giving new certainty to this incredibly important part of our economy.

As my Democratic colleague and the current chairman of the Energy and Commerce Committee Frank Pallone of New Jersey once said, solving this problem is a job for Congress.

We agree on three of four key issues.  It’s past time for Congress to act and protect a free and open Internet. Let’s get it done.

Republican Greg Walden represents Oregon in the U.S. House of Representatives. He is the Republican Leader of the Energy and Commerce Committee.