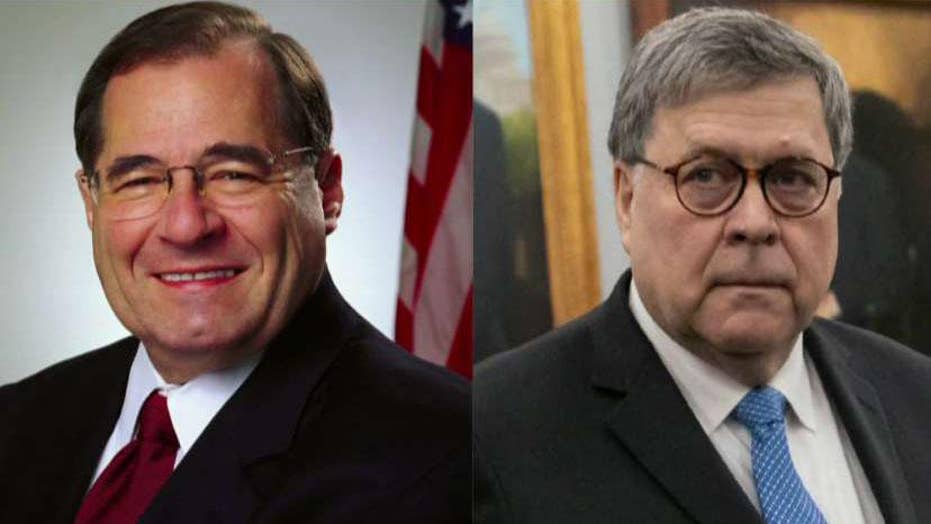 Last week I urged Democrats who serve with me on the committee to respect the history and traditions of our committee and conduct its business accordingly. Instead, Committee Democrats passed their contempt resolution.

What justification can Democrats offer for holding Attorney General Barr in contempt of Congress? Perhaps it’s that Barr failed to abide by the regulations dealing with Special Counsel Robert Mueller?

No, that can’t be, because Barr went above and beyond what the regulations required by transmitting the full Mueller report to Congress, with very limited redactions.

Could it be that the attorney general failed to accommodate the demands for information from Chairman Nadler?

No, Barr offered to let Democratic leaders review a less-redacted report, including a 99.9 percent unredacted volume on obstruction of justice.

In an odd move for anyone demanding access to information, Nadler – and every other elected Democrat given access – has declined to view that report. Moreover, the chairman admitted Wednesday that the attorney general can’t legally release the unredacted report or underlying documents, as the subpoena commands.

So Democrats have resolved to neutralize Barr by attacking his integrity. Wednesday’s vote to hold him in contempt is another step to that end. What a cynical, mean-spirited, counterproductive and irresponsible step it is.

Nadler said in January that a subpoena is “a powerful and coercive tool” to be used “only when our attempts to reach an accommodation with the witness have reached an impasse.”

At Wednesday’s business meeting, though, Nadler claimed the subpoena is simply “the beginning of a dialogue.” But so far the Justice Department has been at the negotiating table by itself.

Perhaps, then, Democrats believe there has been an unreasonable delay in the Justice Department’s response to their subpoena?

No, that’s not true either. In fact, Democrats are moving this contempt resolution at lightning speed. It’s been fewer than 20 days since they subpoenaed documents from the Justice Department.

Judiciary Democrats are moving more than 10 times faster than the Oversight Committee did with former Attorney General Holder. They have moved from request to contempt vote in only 43 days, and yet the Justice Department remained at the negotiating table – waiting for Democrats to arrive in good faith.

Why this rush? Without any valid legislative reason, we can only assume Democrats have resolved to sully Bill Barr’s good name and reputation to accomplish at least two goals.

First, Democrats are angry the special counsel’s report did not produce the material or conclusions they expected to pave their path to impeaching President Trump. You can’t help but notice the phrase “Russian collusion” has vanished from Democratic talking points and left a void in their narrative.

Since Special Counsel Mueller did not make a prosecutorial determination on obstruction – even though it was his job to makes such a recommendation – the attorney general and deputy attorney general did so, according to their mandates as law enforcement officials. They did this without considering the Office of Legal Counsel opinions that sitting presidents can’t be prosecuted.

As a result, Democrats are angry. They are angry that our nation’s chief law enforcement officer and his deputy had the audacity to decide the evidence didn’t support charges for obstructing an investigation into something the president didn’t do.

Second, Democrats are afraid of what the attorney general will find when he completes his ongoing review of Foreign Intelligence Surveillance Act abuses at the Justice Department, including how the Russia investigation began.

So Democrats have resolved to neutralize Barr by attacking his integrity. Wednesday’s vote to hold him in contempt is another step to that end. What a cynical, mean-spirited, counterproductive and irresponsible step it is.

Meanwhile, our economy is surging. Unemployment is at a 50-year low. A recent Washington Post poll shows cratering support for impeachment of the president, but Democrats have no plans, no purpose and no viable legislative agenda beyond attacking this administration.

Republicans on the House Judiciary Committee asked our friends across the aisle Wednesday to recognize that craven politics yield anemic dividends for Americans who sent us here to legislate. For the sake of all Americans, I hope Democrats will listen.

Rep. Doug Collins (R-Ga.) is the top Republican on the House Judiciary Committee, which has jurisdiction over immigration issues, and represents Northeast Georgia. A Lt. Col. in the Air Force Reserve, Collins is the only military chaplain in Congress and completed a deployment in Iraq from 2008-2009.