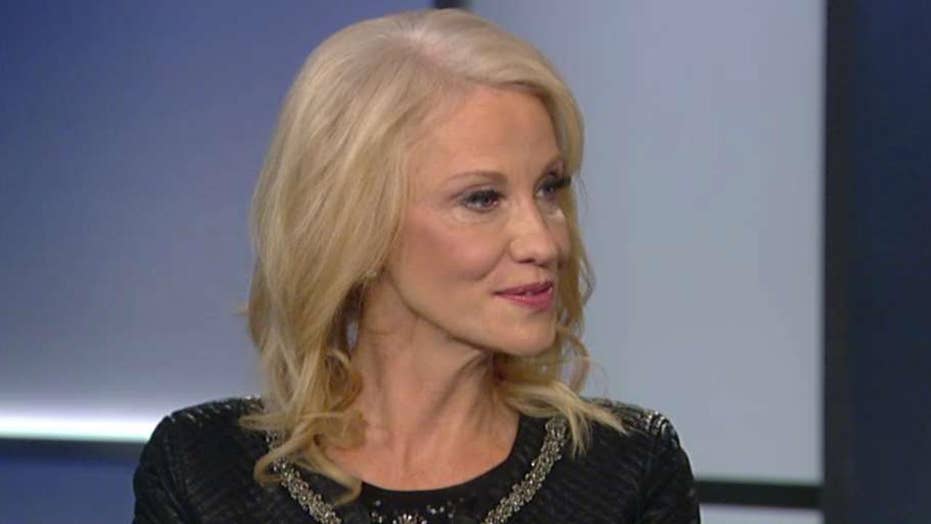 Kellyanne Conway: 24 hours for each side is not sufficient

Kellyanne Conway, counselor to the president, weighs in on the Senate impeachment trial alongside Bret Baier, Martha MacCallum, and Chris Wallace.

As the impeachment trial of President Trump got underway in the Senate Tuesday, it was obvious that House Democrats can’t present a plausible case for removing the duly elected president from office. As a result, justice requires that the Senate should simply dismiss the two badly flawed articles of impeachment against the president and move on to more important business.

Despite their partisan zeal to oust a Republican president who they fear will be reelected, House Democrats have failed to find any allegation that corresponds with constitutional requirements to impeach a president. And in their impeachment inquiry in the House, Democrats ignored the due process standards that typically accompany such proceedings.

When a weak and deficient case is brought to trial, a judge may grant a defendant’s motion to dismiss or a motion for a summary judgment at the appropriate time. Senators should have the same opportunity to propose and a vote on a motion to throw out the absurdly weak impeachment articles against President Trump.

At some point, justice demands that the president – and indeed, the American people – receive relief from three years of incessant attacks by Democratic zealots who simply refuse to accept that Donald Trump is the president of the United States.

The president’s legal team rightly asserted in its trial memorandum that the House articles of impeachment are fatally deficient on their face. The amorphous claims of “abuse of power” and “obstruction of Congress” in the articles fail to adhere to the demands of the Constitution requiring a presidential impeachment only on conditions of bribery, treason, or other “high crimes or misdemeanors.”

But the articles of impeachment don’t include an allegation of bribery. In fact, the articles don’t assert any criminal conduct on the part of President Trump.

The House Democratic leadership completely botched their obsessive pursuit to impeach President Trump because they failed to allege a violation of the law. You know why? Because the president didn’t break the law. It’s that simple.

Not only are the articles of impeachment deficient in their essence, but the process used by House Democrats screams of their own abuse of power.

Chairman Schiff and his team appear to have colluded with a White House leaker (the so-called whistleblower) at the onset of this latest impeachment charade to conjure up the scam. They couldn’t quite decide what the president did wrong, but that was irrelevant. They wanted him impeached for something – anything – no matter how ridiculous and baseless the justification.

Not only are the articles of impeachment deficient in their essence, but the process used by House Democrats screams of their own abuse of power.

Democrats tried multiple allegations that did not work, so they poll-tested “bribery.” They thought that allegation would stick, but it didn’t. This is because the person who was supposed to have been pressured by President Trump – President Zelensky – said there was no bribery, no pressure, no extortion, and nothing improper.

It appears that after working with the White House leaker and lying about it, Schiff commenced secret, closed-door meetings in the classified bunker of the U.S. Capitol – even though there wasn’t any classified information being disclosed.

After each witness testified about some rumors and gossip, Schiff ran to the media to construct a narrative conducive to his fantasy, rather than what truly was reality. He had created a delusion that was accepted readily by the maniacally anti-Trump media.

Republicans were threatened with ethics complaints if they leaked anything from the Intelligence Committee’s closed-door hearings, yet Schiff repeatedly held press conferences.

Republicans were denied witnesses, while Schiff brought in his pro-impeachment witnesses.

If Schiff’s witnesses became confused or were sympathetic to the president, Schiff would coax his desired testimony from them or cut off their statements altogether.

After the impeachment vote, Speaker Pelosi delayed sending the articles of impeachment to the Senate for a month, showing America that the terrible process could get even worse.

Pelosi undercut the notion of bicameralism by trying to extort rules for the impeachment trial from Senate Majority Leader Mitch McConnell, R-Ky., that would be favorable to her desired removal of President Trump.

Ironically, maybe Pelosi was trying to teach Americans what extortion was all about.

The Senate should proceed with the important business the American people elected its members to do – not continue to waste time to give Democrats a platform on national TV to make baseless accusations against the president in the hopes of weakening his reelection chances.

Democrats are free to campaign and work for the defeat of President Trump in the November election. But it is an abuse of power for Democrats to have hijacked the House and now attempt to do so in the Senate by advancing this impeachment scam. They continue down this rabbit hole to distract America from the weakness of the odious pack of Democrat presidential candidates.