Live eels, denim and desk lamps: those are just a few of the 5,745 imports from China now at the center of the U.S.-China trade war.

On Friday, the U.S. will increase tariffs on $200 billion in goods from 10 percent to 25 percent, unless the U.S. and China agree on a comprehensive trade deal.

Just last week, U.S. Trade Representative Robert Lighthizer and Treasury Secretary Steve Mnuchin thought they had a deal almost ready. Mnuchin told Fox Business the deal was “close to done.” Then China dug back into the 150-page document and started making changes. Out went agreements by China to clean up their act on intellectual property theft, financial services, currency manipulation, and more.

TRUMP CALLS US THE 'PIGGY BANK THAT EVERYBODY WANTS TO ROB'

Now Trump may go all the way and add tariffs on the remaining $325 billion of Chinese goods the U.S. takes in each year. China is threatening reprisals, too.

It all began when President Trump imposed 10 percent tariffs on $200 billion in trade in September 2018. Ten rounds of trade talks followed and speculation grew that a deal would be signed in May.

Despite the recent blowup, the U.S. and China both need a trade deal, and three factors point toward continued talks if China’s delegation shows up ready to work. 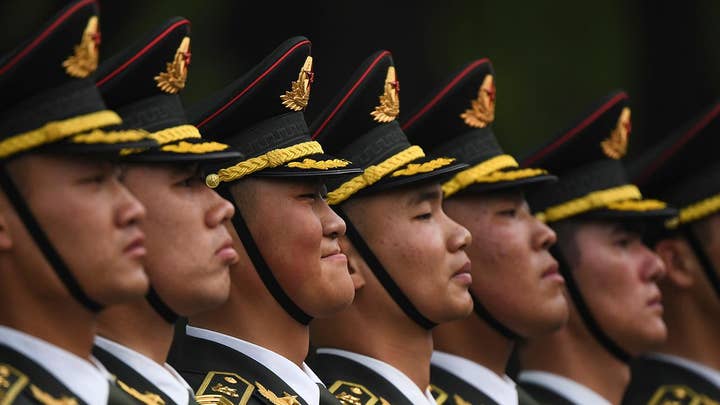 First, Trump picked the right moment for this showdown. The U.S. economy is growing and unemployment is at a 50-year low. In contrast, China’s economy isn’t booming. It's growing, but at the slowest rate in years. Their stock market is off, and U.S. tariffs could dent China’s annual growth rate and compel President Xi Jinping to spend on an economic stimulus.

On top of this, Xi’s domestic reform agenda is difficult. “The mountains are high and the emperor is far away” goes the old Chinese proverb about how local officials carry on corruption and ignore Beijing. Xi wants to steer China toward ambitious “Made in China 2025” goals and dominance in new technologies like artificial intelligence. Xi must alleviate the trade war or risk all that.

Second, Xi sent his very best: Liu He, China’s Vice Premier. Liu has a Masters’ degree from Harvard. He’s China’s top expert on the global economy and he’s been taking meetings with American trade and Treasury officials for years. More importantly, Liu and Xi are close friends. Vice Premier Liu brings the power to say yes. He understands why China needs this deal. If Trump slaps high tariffs on all Chinese goods, firms will start looking at cheaper production in Cambodia or Vietnam. Liu and the delegation will be tough negotiators but they don’t want to leave Washington empty-handed with 25 percent tariffs looming.

Third, Washington has woken up to the China problem. There is bipartisan consensus that the U.S. must take a much tougher line with China. Letting China into the World Trade Organization back in 2001 didn’t work out as planned. China was supposed to grow up and join the family of nations. Instead, China turned its self-proclaimed “peaceful rise” into a full challenge to the international order America leads.

Washington gets it. China is a military threat. They are a danger in space. They hacked data of 23 million U.S. government employees from 2013-2015. Beyond this, the trade deficit has eaten away at the economic foundations of democracy. China trade has gutted American manufacturing sectors that once provided decent wages to many.

China is a clear challenge to much the U.S. holds dear, and that gives Trump momentum to keep the pressure on China.

Remember, Trump and the U.S. Trade Representative have plenty of options. They can increase tariffs or delay them. To be sure, there’s economic pain. Just ask American soybean farmers or Canada’s canola oil producers. An average family of four would pay $400 per year more if tariffs on clothes and shoes hit 25 percent, estimated one U.S. apparel and footwear association.

But the fact remains the reset of U.S.-China trade was long overdue. Trump knows it, and so does China. The U.S. has waited for almost 20 years for China to follow international rules on trade. That’s over.