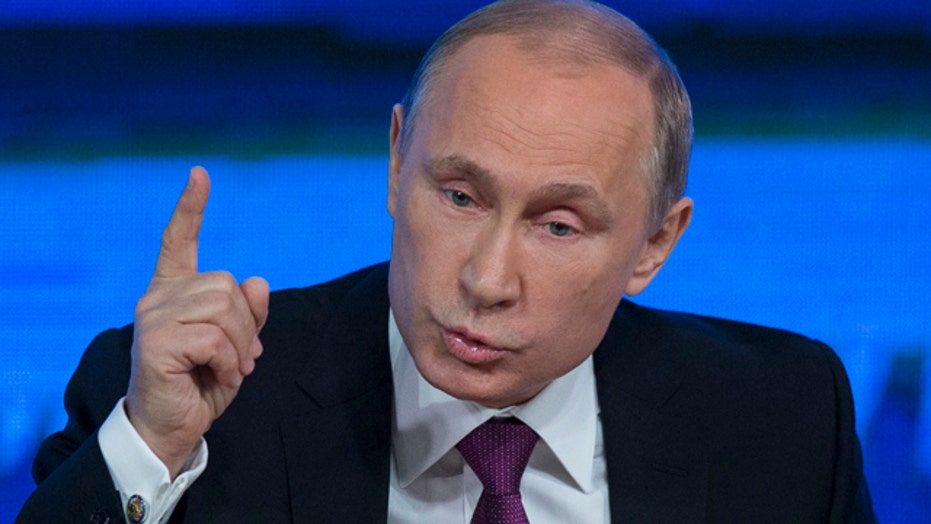 The last thing a beleaguered Vladimir Putin will want to hear is that Russia has now reached the stage where it desperately needs an IMF-supported economic adjustment program. Without such a program, it is difficult to see how Russia can regain domestic and international confidence in the management of its economy. Absent the IMF, it is also difficult to see how Russia will be able to avoid the imposition of damaging capital controls on its economy.

There can be no denying that Russian policymakers were totally blindsided by the collapse in international oil prices from around $110 a barrel in midsummer to $50 a barrel at present. All too likely this will prove to have been a very costly lapse in economic policy judgment, particularly considering that energy accounts for around two-thirds of Russian exports and around half of its tax revenues.

A dramatic drop in international oil prices would have been difficult for Russia in normal times, but these are hardly normal times for Russia, since effective financial sanctions are being imposed on it in the context of the ongoing Ukrainian crisis. Those sanctions have precipitated more than $100 billion in capital flight from Russia since the start of this year. They are also seriously restricting the ability of Russian corporations to refinance their large U.S. dollar debts coming due.

In responding to a burgeoning balance of payments crisis, Russian policymakers appear to have made every mistake in the book. The central bank was painfully slow to use its large international reserves or interest rate policy to calm market fears about the currency’s stability. Compounding matters, the central bank has managed to convey the impression that the Russian government stands fully behind the Russian corporate sector’s more than $600 billion in foreign currency debt.

Worse yet, the central bank’s actions have not been backed up by any serious adjustment to the government’s spending plans, despite the fact that the oil price now is around 50 percent below the level assumed in the government’s budget. Similarly, there have been no proposals to reform the insidious interconnection between the government and the corporate sectors, which has seriously undermined confidence in the management of the economy.

With the government seemingly at sea, the Russian ruble, has lost almost half of its value since the start of the year. This is something that Russia can ill-afford, considering that inflation is already over 9 percent and that the Russian people are all too familiar with the pain associated with very high inflation rates.

The public is already starting to hoard groceries before they get more expensive, and people are rushing to their ATMs while the going is still good. It would seem to be only a matter of time before they start running on their banks.

Experience amply suggests that it is very hard to regain economic confidence once it has been lost. The countries in Russia’s dire economic circumstances that have succeeded have done so in the context of a carefully coordinated economic adjustment program that had the imprimatur of an outside independent agency like the IMF.

For Vladimir Putin to successfully approach the IMF, he would have to back down on his Ukrainian adventure to win Western support.

Considering that to be highly unlikely, Russians should brace themselves for a rough economic ride next year. For not only is it all too likely that Russia will experience a deep economic recession and double-digit inflation. It will also be subjected to capital controls that will further distort Russia’s already highly distorted economy.

Desmond Lachman is a resident fellow at the American Enterprise Institute. He was formerly a Deputy Director in the International Monetary Fund's Policy Development and Review Department and the chief emerging market economic strategist at Salomon Smith Barney.