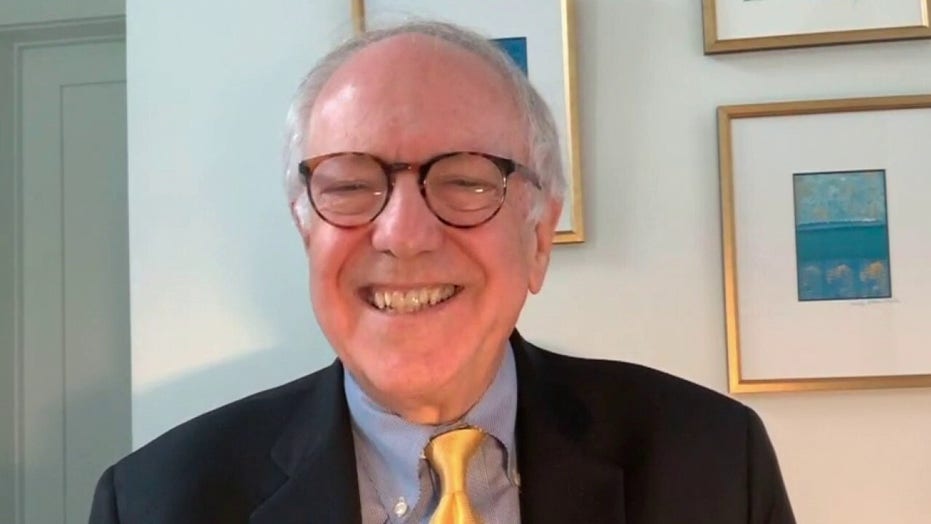 President Trump enters the 2020 presidential debate season that kicks off Tuesday night as a beleaguered leader who’s down in the polls and seemingly unable to regain his footing since the COVID-19 pandemic wiped away most of the economic momentum that once fueled his campaign.

With three debates on the calendar amid so much voter anticipation and uncertainty, this presidential debate season will be like none other in modern history. Trump enters the first debate Tuesday night with arguments built on a mountain of lies that he repeats almost every day.

Trump falsely claims that he has handled the coronavirus response absolutely perfectly, despite the tragic fact that more than 200,000 Americans have died. He calls himself a “very stable genius” who has accomplished more than any first-term president — an assertion that is laughably absurd.

BIDEN WILL LOOK PRESIDENTIAL AS EVER  AT DEBATE NO. 1, FORMER DNC PRESS SECRETARY SAYS

Trump tells us he has done more for Black Americans than any other president except Abraham Lincoln, despite his angry dismissal of protests against systemic racism and his calls for “law and order” and denunciations of protesters that make him sound like a Southern sheriff in the 1960s.

On top of this, Trump tries to falsely portray Democratic presidential nominee and former vice president Joe Biden as a wild-eyed socialist who will destroy our economy, outlaw gun ownership, destroy our energy infrastructure, raise taxes enormously on just about everyone,  allow rioters to rampage through our cities, and destroy suburbs with low-income housing. Not a single one of these claims is true.

And Trump is clearly planning to contest election results in the courts if he loses, shockingly refusing to say he will accept a peaceful transfer of power. He is rushing to put Judge Amy Coney Barrett on the Supreme Court in hopes that she will join with other conservatives on the high court to declare him the winner of the election — even if Biden is the real winner.

In addition to all these lies, Trump denounces a New York Times investigation that found he paid little or no taxes for years, using highly questionable tax avoidance schemes that may have crossed the line into tax fraud. But he refuses to releases his tax returns, unlike Biden.

Pollsters, pundits, and prognosticators alike have spent the past week or so talking about debate expectations. They have lowered expectations for Biden, while increasing them for Trump.

But the only expectations that matter in the three presidential debates are the expectations of the American people that they will hear the truth from both candidates as Trump and Biden lay out their visions for America's future.

For voters to make a clear decision about which candidate is best suited to move our country beyond the dismal status quo, there must be an assurance that they are hearing Trump and Biden debate about facts, and not false claims.

As is often the case for incumbent presidents, Trump's first debate will be an uphill battle, only made more difficult by his willingness to traffic in misinformation, neglect the truth, and shun pushback from senior advisers and White House staff.

The challenges for Biden will be dealing with Trump’s lies, personal attacks and attempts to divert attention from the real issues facing our nation by leveling trumped-up charges against Biden.

For far too long, the American people have suffered because of Trump's lies. As we work tirelessly to turn the page and recover from the COVID-19 pandemic, the president has actively downplayed the insidious virus and its impact on American lives.

Instead of facing the American people with truth, Trump's public rhetoric — by his own admission — became part of a strategy to deliberately minimize the virus’ danger.

"I wanted to always play it down," the president said in tapes released by famed journalist Bob Woodward. "I still like playing it down because I don't want to create a panic."

As President Abraham Lincoln put it: "I am a firm believer in the people. If given the truth, they can be depended upon to meet any national crisis. The great point is to bring them the real facts."

Sadly, Trump operates outside of Lincoln's wise observation about the American people. Instead of believing in our ability to rise above the crises we face, Trump continues to doubt the will and spirit of the American people to overcome challenges that makes our nation great.

As a result, his White House has been mismanaged, our economy has collapsed, racial unrest and national divisions have become more pronounced, and rampant misinformation has become the mainstay of the Trump presidency.

Tuesday night’s debate will give tens of millions of Americans the chance to see Trump, his policies, agenda, and leadership examined under questioning and challenged by Biden.

The American people deserve to hear the truth about the Trump presidency and the plans of each candidate for the next four years. But we can expect to hear that truth only from Biden. Based on his long record of distorting reality and leveling false charges, we can expect only lies from Trump.

The time of letting lies and misinformation run rampant must come to an end.

Early voting is already underway in several states and more than half the country will be able to cast ballots in coming days in advance of Election Day Nov. 3.

The truth is the only expectation that matters. There is no doubt that fact-checkers in the media will report after the debate on which of the claims by Trump and Biden were true, misleading and outright false.

Based on his past performance, we can expect most of the false and misleading claims will come from Trump. The big question is what impact this will have on Trump’s supporters and on the relatively small number of voters who remain undecided in the presidential contest.