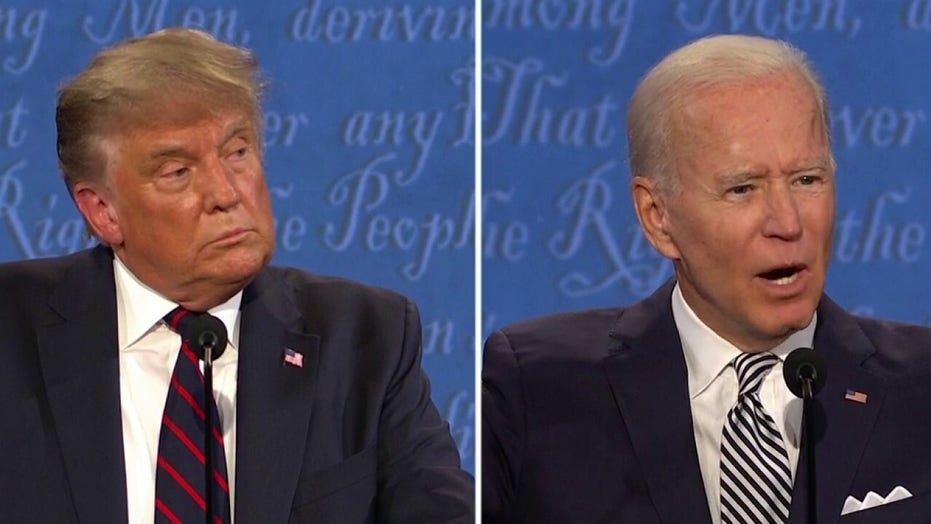 Tuesday night’s presidential debate was a resounding win for former Vice President Joe Biden and everyday Americans. The Democratic presidential nominee cut through the noise and spoke directly to the American people about his vision and his plans to contain COVID-19, bring our nation together, and build our economy back better.

Meanwhile, President Trump again proved to be his own — and the truth’s — worst enemy.

Biden made a compelling comparison of their records. He helped President Barack Obama save America from the worst economic disaster up to that time since the Great Depression, enacting a stimulus package that brought steady job growth and recovery throughout their two terms. The Obama-Biden administration set clean power standards and other initiatives in helping lead the world in fighting climate change.

Trump claimed credit for the strong economy that Biden and President Obama left behind. Then Trump slowed job growth with his tax giveaway to billionaires and corporations. And then he crashed it all by letting the COVID-19 pandemic explode. Asked about climate change at the debate, Trump stumbled through some talk about clean water and dead trees.

Biden knows our Supreme Court must be independent and above the political fray to protect all Americans’ rights. At stake is our health care and the Affordable Care Act, which he and President Obama successfully enacted with congressional Democrats.

Under the Affordable Care Act, commonly referred to as ObamaCare, 20 million more Americans gained health insurance and more than 100 million Americans with preexisting medical conditions were protected from discrimination by insurance companies.

Also at stake in the presidential election already underway is our planet’s health, the hope of equal pay for equal work, immigrants’ rights, and women’s right to control their own bodies.

Trump has no health care plan, but relentlessly tries to tear down our health care even amid a global health crisis. And voters know the next Supreme Court justice will help decide whether preexisting health conditions — perhaps including lung scarring and heart damage from COVID-19 — can be used to deny them care.

Now Trump says his nominee to the high court must be confirmed in time to rule in his favor when he contests election’s results — a heinous violation of the judicial independence our system requires — even though most Americans want the person elected president just weeks from now to make the pick.

Trump admitted in a recorded conversation with journalist Bob Woodward to downplaying COVID-19’s threat. He clearly did so he could play politics (and golf). More than 200,000 Americans have died — that's a relative, friend or neighbor gone every 80 seconds since February — with many more to come.

Trump failed to set up adequate supply chains for personal protective equipment and other resources to fight the pandemic, failed to let science guide our response and public information, and failed to support Americans who lost jobs and businesses. Now he has the gall to say, “We’ve done a great job.”

Biden was spot-on when he quoted Trump’s own words back to him: “‘It is what it is’ because you are who you are.”

Exhorting Trump to “get out of your bunker, get out of your sand trap,” Biden has offered what Trump never did: a coherent, comprehensive COVID-19 response.

From Trump’s tax scam to his paltry pandemic response, the president’s economy has benefited our society’s top floor: the richest people, the big corporations, the gated communities and private golf clubs from whence he comes.

Biden said Tuesday that billionaires and corporations must pay their fair share of taxes so our economic recovery reaches not just the CEOs but the janitors, too. You know Trump is clean out of ideas when he lies about tax hikes for working Americans if he’s ousted — it’s the oldest scare tactic in the book. And like most of what comes out of his mouth, it’s utterly false.

During the debate Biden offered a compassionate, empathetic view of America’s racial strife. He knows Black lives matter, he condemns violence but supports peaceful protest, and he backs law enforcement while recognizing we must eliminate systemic racism.

The conflict we see now — including peaceful protesters tear-gassed near the White House — is Trump’s America, happening on his watch and fueled by his dog-whistle words and actions bolstering white supremacy.

And Joe Biden showed Tuesday night that he understands and honors democracy, the lifeblood of his whole career. He knows American elections must be decided only by Americans, with access to the ballot box for every eligible citizen everywhere.

Trump showed he’ll say and do anything to prevent Americans from voting, including intimidation at the polls, and won’t promise to leave office if he’s defeated. Also, he solicited and happily accepted Russia’s interference in our presidential election in 2016, and it’s happening again now.

This debate showed us the differences between a seasoned statesman ready to lead and a feckless con man desperate to keep his marks on the hook.

Biden showed Tuesday that he’s for America and the diverse working families who are its backbone and its soul. Trump failed to show he’s for anything or anyone but himself.

Rep. Eric Swalwell, D-Calif., is a member of the House Intelligence and Judiciary Committees, and co-chair of the Democratic Steering and Policy Committee. Follow him on Twitter at @RepSwalwell.