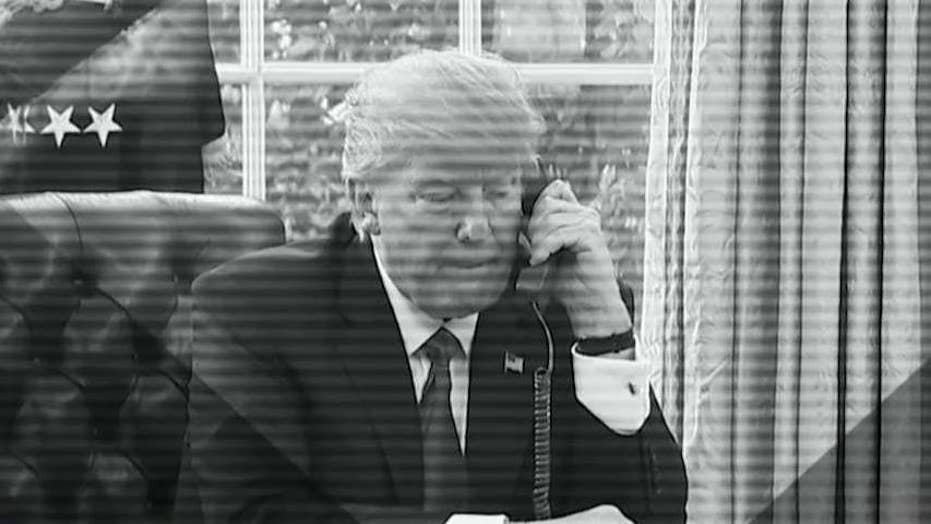 According to the Wall Street Journal, Trump did not offer a quid pro quo to Volodymyr Zelensky during the July call; chief White House correspondent John Roberts reports.

As Congress and the White House wrestle over a whistleblower’s complaint against President Trump, the story took a new turn late Friday when the Wall Street Journal reported that, in a July phone call, Trump “repeatedly pressured the president of Ukraine” to investigate the dealings of Joe Biden’s family in Ukraine.

Trump’s call is reportedly the source of a complaint by a whistleblower against the president that has sparked a furor among Democrats in Congress, who are demanding to see the complaint.

If, as multiple news organizations are reporting, the whistleblower’s complaint centers on Ukraine, there is strong evidence that it relates to President Trump’s urging the Ukrainian government to investigate Hunter Biden, the former vice president’s son.

The story behind that story is itself worthy of serious scrutiny.

Critics of the president have accused Trump of attempting to “extort” Ukrainian officials for “dirt” on Biden, the current front-runner for the Democratic nomination to run against Trump next year.

But why would Ukraine have dirt on Joe Biden? For answers, one must look at Burisma, the Ukrainian gas company which, until earlier this year, employed Hunter Biden.

In April 2014, Hunter Biden agreed to join Burisma’s board of directors, ostensibly to advise on legal issues, The New Yorker reported. Biden had no known expertise on the natural gas industry, but Burisma was certainly in need of help.

Earlier that month, British officials had frozen the London bank accounts of Burisma’s owner, Mykola Zlochevsky, and soon after, Ukrainian officials opened their own corruption investigation into Burisma, the Kyiv Post in Ukraine reported.

The younger Biden was well compensated for his efforts. Records obtained by the Government Accountability Institute show he was paid as much as $83,333 per month for his work at Burisma.

Hunter Biden claims he had no role in the investigation of the company, and that he never spoke about it with his father – but the facts show a troubling overlap with the Obama administration’s actions in Ukraine.

On April 16, 2014, White House records show that Devon Archer, Hunter Biden’s business partner, made a private visit to the White House for a meeting with Vice President Biden. Five days later, on April 21, Joe Biden landed in Kiev for a series of high-level meetings with Ukrainian officials.

Soon the United States and the International Monetary Fund would be pumping more than $1 billion into the Ukrainian economy, as I wrote in the New York Post.

The next day, there was a public announcement that Archer had been asked to join the board of Burisma. Three weeks after that, on May 13, it was officially announced that Hunter Biden would join, too. Like Hunter Biden, Archer had no background or experience in the energy sector.

According to Joe Biden himself, the former vice president played a key role in the prosecutor’s dismissal.

In March 2016, the then-vice president threatened to withhold $1 billion in U.S. loans if Shokin was not fired, according to Biden, who recounted the exchange in a 2018 speech: “I looked at them and said: I’m leaving in six hours. If the prosecutor is not fired, you’re not getting the money. Well, son of a b----. He got fired.”

While the propriety of Trump’s call to the Ukrainian president is certainly questionable and worthy of inquiry, the investigation he was hoping for certainly seems warranted on its own merits.