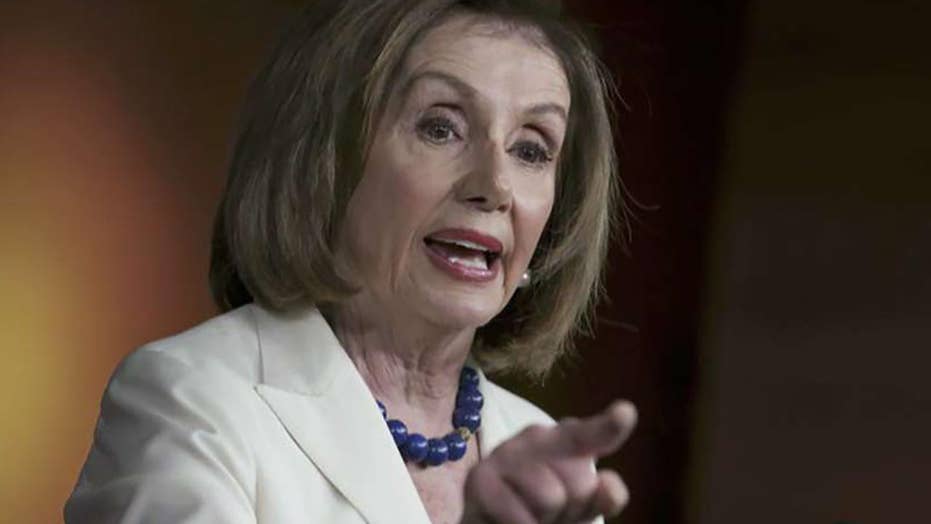 Can the Senate force Nancy Pelosi to release the articles of impeachment?

Nearly three weeks ago, Speaker of the House Nancy Pelosi and her liberal Democratic Party cohorts voted to impeach President Trump. But rather than fulfill their constitutional duty and send the articles of impeachment to the Senate, House Democrats have decided to play more partisan games.

Every step of the way, Democrats like House Judiciary Committee Chairman Jerry Nadler and House Intelligence Committee Chairman Adam Schiff warned that President Trump is a “clear and present danger” to democracy who must be removed now.

New York Rep. Alexandria Ocasio-Cortez urged her fellow Democrats to “move quite quickly” to impeach President Trump because the integrity of the 2020 election was in immediate peril.

REPORTER'S NOTEBOOK: WHERE PELOSI, SENATE MAY STAND WITH TRUMP IMPEACHMENT TRIAL IN LIMBO

And yet when it came time to prosecute the case, Speaker Pelosi got cold feet.

In the real world, it’s put up or shut up. That’s why we joined Missouri Republican Senator Josh Hawley in introducing a mandate that forces the House to deliver the articles of impeachment within 25 days.

If Pelosi doesn’t think her case is strong enough to deliver within that timeframe, then the Senate should be allowed to dismiss the case and get back to real problems like lowering prescription drug prices and passing the critical U.S.-Mexico-Canada Trade Agreement.

This is not a partisan idea and would apply to any impeachment in the future whether it be led by Democrats or Republicans.

In the real world, it’s put up or shut up. That’s why we joined Missouri Republican Senator Josh Hawley in introducing a mandate that forces the House to deliver the articles of impeachment within 25 days.

This 25-day impeachment mandate is a common-sense idea to ensure impeachments proceed according to the Constitution and stop political games like Speaker Pelosi is playing now. 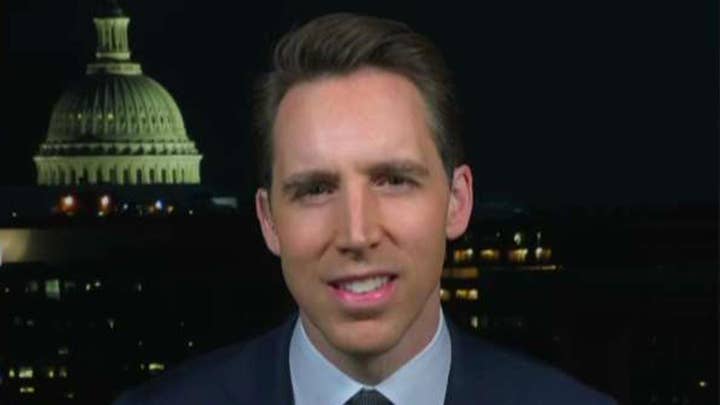 House Democrats and Speaker Pelosi have zero say in how the Senate conducts its trial. Whether the speaker wants to prevent the trial indefinitely or just until House Democrats can salvage sinking public support for this partisan process is irrelevant.

If Democrats are afraid to try their case, the articles should be dismissed for failure to prosecute.

The American people are tired of this political hack job and it’s time we put this unfortunate chapter behind us and get back to work.

Speaker Pelosi: Send it or end it.

Republican Mike Braun represents Indiana in the United States Senate. Before joining the Senate, Mike Braun spent 37 years as the CEO of Meyer Distributing a logistics and shipping company that has hired hundreds of Americans. In the Senate, Mike has founded the Senate Logistics Caucus and is a member of the U.S. Senate Committee on the Budget.