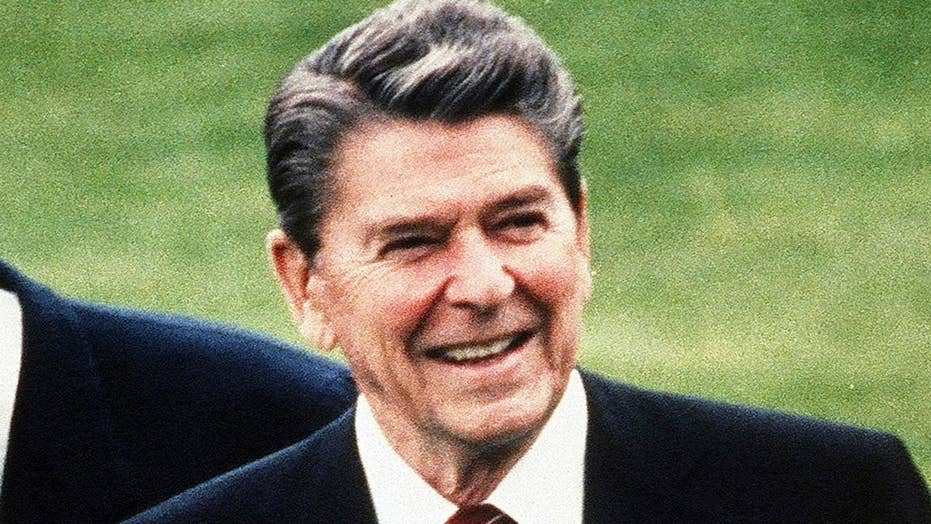 After his term as California governor ended and before he became president, Ronald Reagan recorded daily commentaries broadcast by about 350 radio stations and heard by tens of millions of Americans. When I listened to a collection of these broadcasts recently, it sounded like Reagan was warning us about the socialism preached by Sen. Bernie Sanders, I-Vt.

With Sanders’ victory in the Nevada Democratic caucuses Saturday – making him the current front-runner for the Democratic presidential nomination – the words of warning from Reagan struck me as something more Americans ought to be aware of today.

Throughout his nearly five-year radio run, Reagan preached that the promises of socialism were lies. He noted that we often grow so accustomed to them, however, that we lose the fear of the ideology itself.

In one of his commentaries, Reagan quotes a line he once spoke in a play highlighting the far-left ideology’s danger: “I never knew what freedom was until I saw you lose yours.”

In another commentary, the future president tells of a young man debating a socialist who criticized anyone wanting to pursue the finer things in life.

“Socialists ignore the side of man that is of the spirit,” Reagan said back in 1975. “They can provide shelter, fill your belly with bacon and beans, treat you when you’re ill – all the things that are guaranteed to a prisoner or a slave. But they don’t understand we also dream, yes, even of owning a yacht.”

History has always had a way of repeating itself, partly due to ignorance but also attributable to human nature. When German philosophers Karl Marx and Friedrich Engels published “The Communist Manifesto” in 1848 it appealed to idealists, painting a utopian vision of a more just world where poverty was nonexistent and everyone worked together in peace and harmony.

One popular English translation “The Communist Manifesto” ends with the words: “Workers of the world, unite. You have nothing to lose but your chains!” It almost sounds like a Sanders slogan.

But if we should have learned anything since communism went from a theory to the foundation of a tyrannical government following the Russian Revolution in 1917, it is that communism and its cousin socialism did not create utopias. Instead, they brought nightmares to life.

By any objective standard, communism and socialism have destroyed economies, left people impoverished and sometimes starving, and brought about brutal dictatorships that deprived people of the precious freedoms guaranteed to Americans under our Bill of Rights – including freedom of speech, of the press and of religion.

The old saying that absolute power corrupts absolutely has proven true again and again around the world wherever Marxism has been embraced.

That’s why Reagan’s words are as wise today as when he recorded them – many years before some of the most ardent supporters of Bernie Sanders’ presidential campaign were even born.

We’d be wise to heed Reagan’s warnings and take his advice.

Back when Reagan was broadcasting his commentaries, communist regimes were officially atheist. They were dedicated to destroying religion, which they saw as an ideology competing with Marxism.

Marx wrote in 1843: “Religion is the sigh of the oppressed creature, the heart of a heartless world, and the soul of soulless conditions. It is the opium of the people.”

To be fair, Bernie Sanders has expressed no ambition to destroy religion. But many of the left want to ban all expressions of faith in the public square.

To these folks, Reagan lamented: “We’ve gone so far that it almost seems a rule originally designed to guard against violation of the Constitution has become an aggressive campaign against religion itself. And isn’t that the very thing we set out to guard against?”

Reagan also warned against Big Government becoming a nanny state, trying to run our lives even with the best of intentions.

When news broke of a school trying to ban hot dogs and root beer and force cafeterias to carry more healthful fare, Reagan said: “Do-gooders, busy-bodies and bureaucrats need to learn that people don’t like to be told what to do. Kids are kids and sometimes persuasion is better than dictatorship.”

Sounds like Regan was talking about former New York City Mayor Mike Bloomberg – competing with Sanders for the Democratic presidential nomination – and Bloomberg’s infamous campaign against large cups of soda being sold, doesn’t it?

Reagan was born in 1911 – long before television. He grew up with radio and loved the medium and considered it far more intimate and a better fit for him than TV.

According to his wife Nancy, Reagan worked through his ideas for commentaries during long, hot showers and would then put pen to paper, scribbling out each three-minute essay on yellow legal pads as he crisscrossed the country or rested in the evenings at home.

The familiarity of Reagan’s pleasing, mellifluous voice is what first struck me as I listened to his decades-old commentaries. I miss him. But beyond the enjoyable vocal serenade was the substance of what Reagan was saying back in the 1970s – and just how well the subjects, warnings and insights have held up over the last 40-plus years.

Reagan gave up radio commentaries on Nov. 13, 1979 – the day he announced his candidacy for the Republican presidential nomination. During that televised announcement the future president evoked many of the same themes he had been advocating for years.

“The citizens of this great nation want leadership, yes, but not a man on a white horse demanding obedience to his commands,” Reagan said. “I believe this nation hungers for a spiritual revival … to see government once again the protector of our liberties, not the distributor of gifts and privilege.  … Government cannot be clergyman, teacher and parent. It is our servant, beholden to us.”

Reagan was right then – and his words remain just as true today.