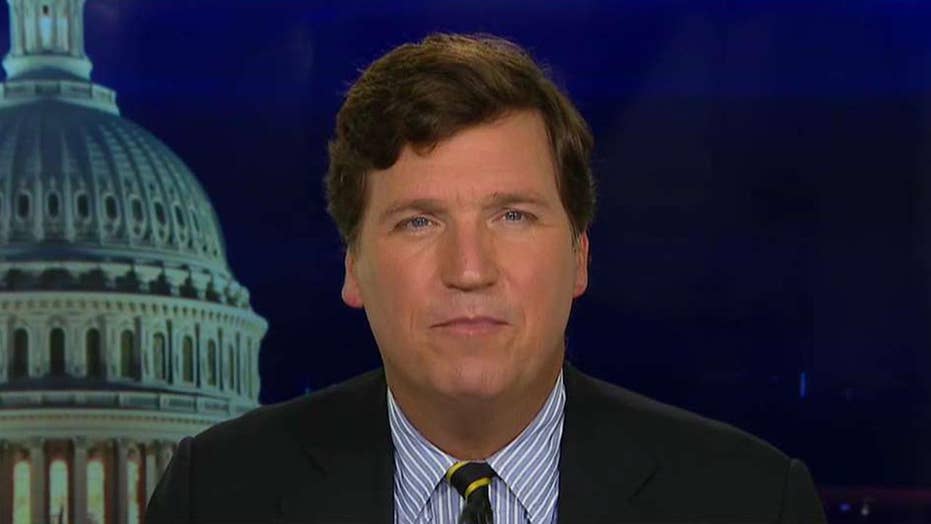 Media, Schiff convinced they'd have the last laugh on impeachment.

House Democrats appear to be moving full speed ahead in their politically driven campaign to impeach President Trump – despite the lack of convincing evidence – in an effort to detract from his many achievements in office and lower his chances of reelection.

Instead of seeking evidence and testimony to draw a fact-based conclusion about whether the president’s conduct meets the very high bar necessary to justify impeachment, House Democrats began their impeachment crusade with a clearly predetermined conclusion: Trump must be impeached, no matter how weak and absurd the case against him.

The Democrats have been cherry-picking witness and one-sided evidence to build their case against the president in what should more accurately be labeled an impeachment inquisition than an inquiry.

But despite their headlong rush to build a case to overturn the results of the 2016 presidential election, Democrats on the House Intelligence Committee didn’t exactly exude confidence as they wrapped up the scheduled public hearing phase of their impeachment inquiry Thursday.

Democrats handpicked a group of disgruntled national security officials to testify at their televised hearings to build a shaky case for the impeachment of President Trump.

The Democrats looked hopeful and full of cheer when the curtain rose on their televised show- trial last week – but during the much-hyped hearings both the questioners and the questioned looked frantic, upset and even downright angry at times.

It’s hardly what we’d expect from a team that – to hear Democrats tell it – is finally on the verge of accomplishing its longstanding and cherished goal of impeaching Trump.

With the brass ring seemingly within their grasp, the hearings last week and this week saw the Democrats on the dais and the partisan witnesses before them on edge, ready to snap every time another gaping hole appeared in their narrative.

Take, for example, the moment when Army Lt. Col. Alexander Vindman had to all but admit to Rep. Devin Nunes, R-Calif., that he was the one who leaked details of the July 25 phone call between President Trump and Ukrainian President Volodymyr Zelensky to the so-called “whistleblower,” who reportedly works for the CIA.

House Intelligence Committee Chairman Adam Schiff, D-Calif., struggling to keep his rage in check, quickly stopped that line of questioning in its tracks, repeatedly asserting a “statutory right to anonymity” for the whistleblower.

But even the Washington Post Fact Checker column admits that’s not true, and gave the false claim three Pinocchios to denote its inaccuracy. The Pinocchios are handed out to measure incorrect and false statements, with four Pinocchios going to most serious falsehoods.

Of course, it’s inconceivable that Schiff and Vindman don’t know the whistleblower’s identity, notwithstanding their protestations to the contrary. Otherwise, they wouldn’t know when to jump in and stop Republican members from asking questions that threatened to reveal the truth – which clearly isn’t favorable to their threadbare impeachment narrative.

Vindman himself – a star of the Democrats’ political theater troupe – had enough indignant quips and flustered breakdowns to fill an entire year of normal Intelligence Committee hearings.

The absurdity climaxed when Vindman angrily scolded Nunes for addressing him as “Mr.” rather than “lieutenant colonel.” That cringe-worthy instance of mugging for the cameras backfired by making Vindman sound petulant rather than sympathetic, with a big ego and an exaggerated sense of self-importance.

Vindman came off the same way when he gave a deposition prior to his televised testimony. According to the transcript of the deposition, Vindman said: “I’m the director for Ukraine. I’m responsible for Ukraine. I’m the most knowledgeable. I’m the authority for Ukraine, for the National Security Council and the White House.”

Apparently the lieutenant colonel – who has acknowledge never meeting or speaking to President Trump – felt that he should be giving orders to the commander in chief on what U.S. policy should be toward Ukraine, and was angered that Trump dared make his own decisions on dealing with Ukraine.

But the Democrats’ testiness didn’t end with Vindman and Schiff; it remained on prominent display throughout the marathon hearings that followed.

For example, Rep. Jackie Speier, D-Calif., lost her cool after being called out for repeating Schiff’s three-Pinocchio lie that naming the whistleblower constitutes a federal crime, defensively retorting that President Trump “has five Pinocchios” from the same far-left newspaper.

As the parade of career bureaucrats and disgruntled officials failed to provide “the goods” that Democrats were expecting – and in some cases even pushed back on key aspects of the “Ukrainegate” narrative – one could almost understand the mounting frustration of the impeachment zealots.

Wednesday’s all-day hearing with U.S. Ambassador to the European Union Gordon Sondland was supposed to turn everything around. Sondland asserted – unexpectedly and based solely on his own speculation – that there was a “quid pro quo” of some kind involving the prospect of a White House meeting between Trump and Zelensky.

You would expect Democrats to be thoroughly satisfied with Sondland’s testimony, perhaps even smug, but they only got angrier.

It turned out that Sondland’s opening declaration of a quid pro quo melted like a snowman in August as the day wore on. First the ambassador presented no evidence – even hearsay – to support his strained interpretation. Then he was explicitly contradicted by his only direct communication with the president on the issue.

Chairman Schiff, Democratic Rep. Jim Himes of Connecticut, and Democratic Counsel Dan Goldman spent the next several hours badgering Sondland for answers that would be more helpful to their case – but to no avail.

The three tried a variety of tricks to get Sondland to substantiate their talking points. When that failed, Schiff went back to his old tactic of simply inventing the “evidence” he wanted.

Democrats obviously sense that their carefully crafted impeachment narrative is collapsing. Their mouths are writing checks that their witnesses can’t cash.

And all the while, the impeachment-obsessed Democrats continue to fail – miserably – to do any of the work that voters actually sent them to Washington to do, be it on trade, health care, immigration, jobs, or anything else.

So Democrats have doubly failed the nation with a sham impeachment that will be dead on arrival if it goes to the Senate for a trial, while they themselves are missing in action when it comes to working on behalf of their constituents.

Congressional Democrats have every right to use their own time and campaign funds to work to defeat President Trump in the 2020 election. But Americans should be outraged that the Democrats are using taxpayer dollars and the power of their offices to turn Congress into an arm of the Democratic National Committee to work against the president’s reelection with a baseless impeachment campaign.