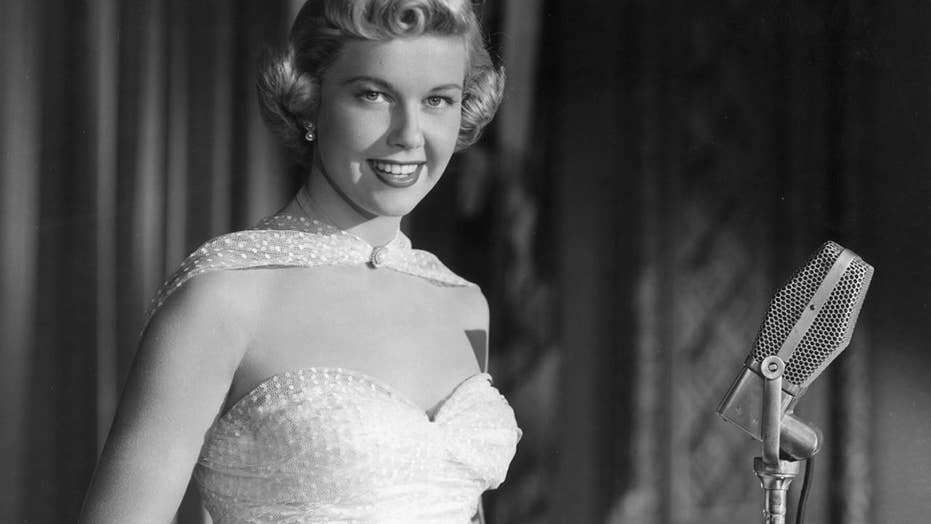 Monday’s death of Hollywood legend Doris Day drops the curtain on a life that spanned nearly a century and a career that earned the Ohio native the reputation of being America’s big-screen sweetheart.

Born Doris Mary Ann Kappelhoff, she spent the last 30 plus years of her life living quietly in relative seclusion, at her beloved ten-acre hilltop estate by the sea in Carmel Valley, California.

DORIS DAY, DEAD AT AGE 97, REMEMBERED BY CELEBRITIES AS A 'HOLLYWOOD ICON' WHO 'LIT UP THE SCREEN'

Yet in her prime, Day was anything but quiet. First as a popular vocalist in the 1940s and ‘50s and simultaneously as a star of the big screen through the ‘60s, Doris Day had a knack for charming and thrilling audiences that were hungry for wholesome entertainment even as she accepted some parts that included more risqué themes.

With a jazz vibrato voice and beautiful smile, the blond beauty drew admirers of all ages, but Day’s rise to worldwide fame may never had happened at all but for a literal bad break when she was just 14-years-old.

Having just won a dance contest and with plans to head to California to pursue a career in the field, Day was a passenger in a car broadsided by a train. The serious accident resulted in a badly fractured leg. Confined to a wheelchair and unable to walk for nearly three years, the youngster spent hours in her bedroom listening to the radio, especially to the increasingly popular sounds of big band music.

Unable to dance anymore, Day was especially enthralled with Ella Fitzgerald, and spent time studying the star singer, “trying to catch the subtle ways she shaded her voice, the casual yet clean ways she sang the words.”

At 17, Day was singing at a Cincinnati radio station and climbed the performance ladder to a nightclub and finally to shows in New York City, where she changed her last name from Kappelhoff to Day because the former didn’t fit on the marquee.

But if music made her a household name, it was the movie business that propelled her to stardom.

When a friend shared with her that he turned his life around after finding a personal faith in God, Doris told him she was ready to do the same.  After doing so, Day wrote it finally brought the peace she had been searching for all her life.

By the 1950s, she was starring and singing in popular comedies, musicals and melodramas, performing in 40 films by the end of her big screen career in 1968. Her films matched her with legends of the era, including James Cagney, Kirk Douglas, Rock Hudson, Lauren Bacall and Ginger Rogers.

In many ways, Days’ “girl-next-door” persona stood in stark contrast to another, more progressive blond of the era, Marilyn Monroe.  If Monroe was seen as the bad girl, Day was the good one, a pillar of virtue.  In fact, Day even turned down the role of Mrs. Robinson in the 1967 film, “The Graduate,” because she felt the idea of an older woman seducing a younger man “offended” her “sense of values.”

Yet as time passed, Day appeared conflicted, once remarking, “I have the unfortunate reputation of being Miss Goody Two-Shoes, America’s Virgin, and all that, so I’m afraid it’s going to shock some people for me to say this, but I staunchly believe no two people should get married until they have lived together.”

Days’ bluntness was surely informed by a father who cheated on her mother and challenges in her own personal life. Married and divorced four times, the actress courageously refused her first husband’s demand that she abort their child.

Her second husband, a saxophonist, believing he was going to be a star and not wanting to be bogged down by a seemingly obscure wife, abandoned her.  A third husband - her manager – was accused of embezzling and wasting nearly $20 million of her Hollywood earnings. Her fourth and final marriage lasted just 5 years.

After stepping out of the spotlight for good in the 1980s, Day devoted much of her time and resources to the care of animals, purchasing part ownership in a pet-friendly inn.

“During the painful and bleak period I’ve suffered through these past years, my animal family has been a source of joy and strength to me,” she once reflected. “I have found that when you are deeply troubled, there are things you get from the silent, devoted companionship of your pets that you can get from no other source. I have never found in a human being loyalty comparable to that of any pet.”

Yet, writing in Guideposts Magazine, Doris Day seemed to suggest she had finally found the source that trumped every other one, remarking, “Seemed I had everything, including a lot of fears I couldn’t put my finger on. Everything but peace.”

When a friend shared with her that he turned his life around after finding a personal faith in God, Doris told him she was ready to do the same.  After doing so, Day wrote it finally brought the peace she had been searching for all her life.

“No one can fight that,” she said of God’s tireless pursuit of her, adding, “Try it. It makes your heart sing.”

Doris Day discovered that unlike the words of her famous, but fatalist hit song, “Que Sera, Sera,” the pursuit of a good and peaceful life is not simply a matter of random chance – but a matter of personal choice coupled with God’s grace.