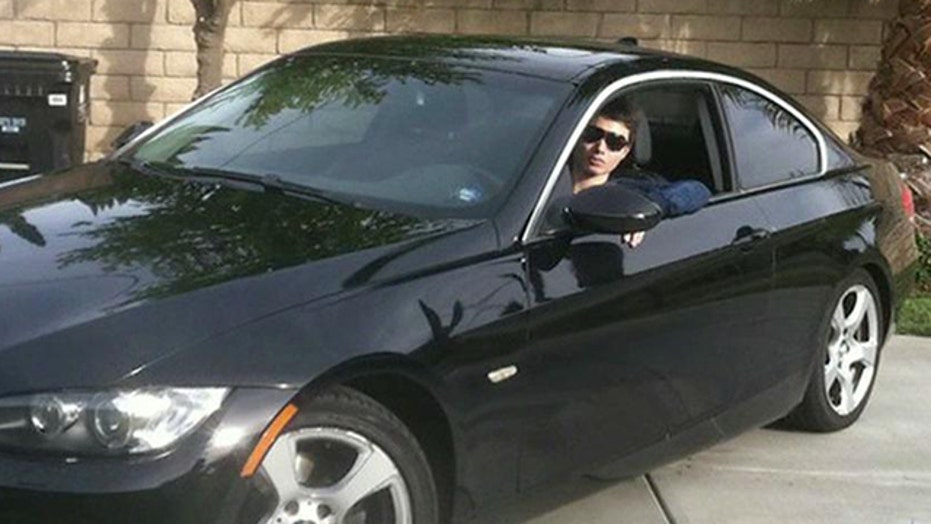 Could California killing spree have been prevented?

'Wellness check' not enough for suspect?

Elliot Rodger, the 22-year-old who murdered six people in California Friday night before taking his own life, is yet another example of a psychiatrically ill man whose crimes could have been easily prevented. Rodger took the lives of six innocent men and women.

We must, even this late in the game, after disgracing ourselves again and again, by showing how a fractured, sorry excuse for a mental health care system lets severely ill people fall through the cracks, finally build a rudimentary system that could prevent such horrors.

Let me also say, Rodger’s murderous rampage had nothing to do with guns. Zero. He killed three of his victims with a blunt object and knife or machete. He injured others with his car. To all anti-gun nuts: Can we agree we aren’t going to outlaw hammers, knives and cars?

Last month, several weeks before Rodger killed six people and injured another 13, his family alerted his therapist to videos he had posted on YouTube. Those videos were disturbing enough to prompt his therapist to call a local community mental health center crisis team. The worker at that mental health center was concerned enough to contact police and instruct the police to visit Rodger to see if he posed an imminent risk of death to himself or others. And Santa Barbara county Sheriff Deputies did visit Rodger, spoke with him and then--inexplicably--just left.

During Santa Barbara County Sheriff Bill Brown’s second press conference about Friday’s mass killing, he clearly implied that the purpose of a “wellness check” is to see whether someone is physically OK and has come to no harm.

That is untrue, and the sheriff had to know it. The truth is that a wellness check is performed when a mental health professional’s concern about a patient rises to such a fever pitch that he or she decides it is imperative to send police, on an emergency basis, to determine if that person should be evaluated by a psychiatrist right away – involuntarily, if need be.

Something went horribly, tragically and almost unforgivably wrong when Santa Barbara county Sheriff Deputies interviewed Rodger. Again contrary to the statements of Sheriff Brown, Rodger didn’t convince them he was doing just fine. The police convinced themselves that they alone could determine whether Rodger was doing just fine, without taking him to a local emergency room where he could have been more thoroughly evaluated by a psychiatrist. What did they expect to see, a madman ranting with blood on his hands?

Sheriff Brown never explicitly stated that the police had every right under the law to bring Rodger to an emergency room – not just if they heard something they considered a grave sign of danger, but simply to get an expert opinion as to whether Rodger represented such a danger.

Sheriff Brown never stated that his officers directly called the family members who had been panicked enough to alert Rodger’s therapist to his YouTube postings.

To me, that suggests they never did any of those things.

Sheriff Brown never stated that his officers directly contacted Rodger’s therapist, who might have told them that Rodger had refused to take antipsychotic medications, though his clinician(s) believed  they were indicated.

Sheriff Brown never stated that his officers looked at the concerning videos themselves (if they had been told about them, which is not yet confirmed).

I doubt they did this.

Sheriff Brown never stated that his officers asked to look around Rodger’s apartment (which is an exceedingly reasonable part of a wellness check). If they had, they would have discovered, according to Mr. Rodger’s own writings, his weapons and other elements of his plans for a massacre.

Here’s the truth: While the Santa Barbara county Sheriff Deputies who responded to the Rodger case are absolutely heroic for engaging him in gun battles, those battles never would have happened if the officers hadn’t bungled the case. The lawsuits against the county of Santa Barbara that will flow from survivors of the dead and maimed – which I predict will result in judgments against the county in the tens of millions dollars – will prove this point. And I predict that Rodger’s therapist – given that he or she knew of the videos and had spoken with Rodger at length before his crimes – won’t look like any hope for the future of mental health care in America, either.

Another truth: Fixing our broken, sorry excuse for a mental health care system in America isn’t rocket science. It could be done in a few years, without huge expense. I’ve written about how that could happen.

President Obama, get off the golf links and get off the fundraising circuit and get to work, already. Stop talking nonsense about depriving Americans of their constitutional right to firearms  and start shoring up their right to be properly treated for psychiatric disorders. Here are a few links to get you started:

A realistic, workable plan to reduce violence in America

How to rebuild the mental health system in America

All that was needed was a mental health care system that worked. And, although it would be easily built, we still don’t have one.