While President Trump is busy making America great again, Democratic socialist Alexandria Ocasio-Cortez – who is expected to win a U.S. House seat in November in a heavily Democratic congressional district in New York City – is calling for policies that would turn the American Dream into the American Nightmare.

If you think the “socialist paradise” nations of Venezuela, Cuba and North Korea are the greatest countries on the planet, Ocasio-Cortez is the candidate for you.

Today even China and Russia (once part of the Union of Soviet Socialist Republics) are moving their economies away from socialism and toward a hybrid of state control and capitalism in order to build better lives for their people. And Eastern European nations that were once part of or allied with the U.S.S.R. abandoned the failed socialist economic model years ago. 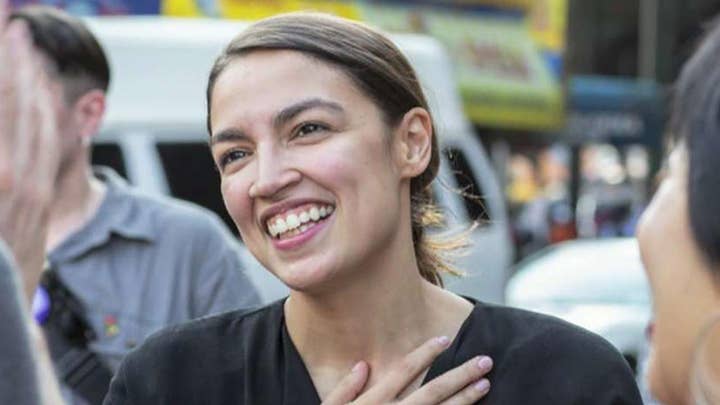 The 28-year-old candidate acts like she’s the millennial version of Oprah, except there’s one major distinction. All the “free” stuff she’s giving away has to be paid for by someone – and in this case it’s not her. It’s you – the American taxpayer.

My mom always said that nothing in life is free. For those who aren’t convinced, look no further than Venezuela to see the catastrophic consequences and havoc the socialism fairytale can unleash on a country.

Venezuela’s demise has touched off the inevitable flood of refugees into neighboring countries – a crisis that mirrors the migration of refugees from war-torn Syria and others parts of the Middle East to Central and Western Europe.

Some women in Venezuela feel they have no other option but to join the sex trade in Colombia in order to feed their families.

A former ballerina, businesswoman and mom of two in Venezuela said: "This is a shameful job but what option do I have? I have to make money to look after my children and feed them. There is nothing in Venezuela.” 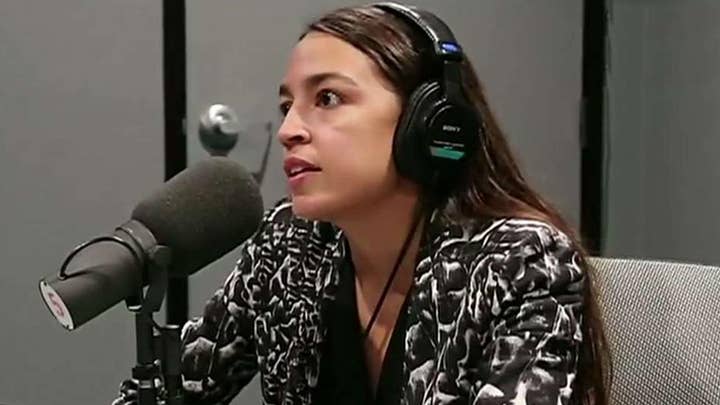 Another woman, a former hairdresser and mom said: “If things ever get any better in Venezuela, I'd love to set up my own business. Anything would be better. I do this because I have to do this. If I could do something better, I'd do it ... and I'd stop this straight away."

The economic collapse in Venezuela has torn families apart and wreaked destruction. Just to survive, Venezuelans are leaving their families and dropping what amounts to two years of their salaries to cross over into Colombia.

One woman who left her family said: "There is nothing in Venezuela. We have to do this to get money to live, to give my children a future.”

It’s estimated that 45,000 people cross into Colombia over the Simon Bolivar Bridge from Venezuela every day.  Some come to get supplies, while some are immigrants wanting to make new lives.

Ocasio-Cortez can dream socialist fantasies all she wants while campaigning and giving interviews in the media. 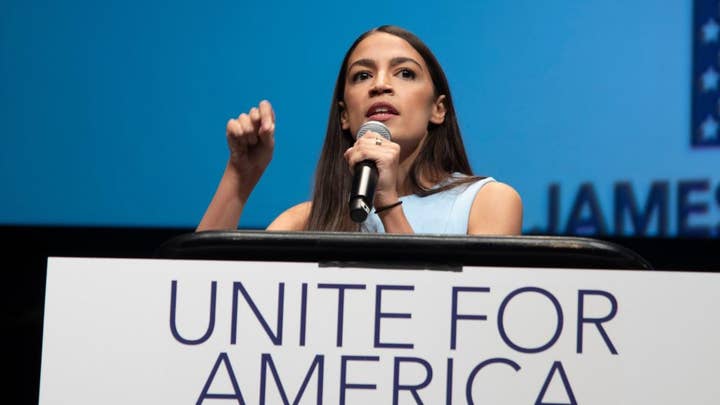 But if you believe in reality instead of fantasy, you’ll favor President Trump’s successful economic policies any day, as I do.

There’s plenty of evidence that our economy is moving in the right direction under the Trump administration. Hispanic and African-American unemployment are at near all-time lows. Unemployment for women is the lowest it’s been in decades. And we saw the economy surge to a 4.1 percent rate of annualized growth in the past quarter – the fastest in four years.

The strong economy our nation enjoys today contrasts dramatically with the snake oil that Ocasio-Cortez preaches.

While the United States enjoys a booming economic recovery, even Venezuela’s socialist President Nicolas Nicolas Maduro admitted his economic model, based on his reign of socialism, has “failed."

"The production models we've tried so far have failed and the responsibility is ours, mine and yours," he told his United Socialist Party. Later he went on to say: “Enough with the whining … We need to produce with or without (outside) aggression, with or without blockades, we need to make Venezuela an economic power. No more whining, I want solutions comrades!”

If he really wants solutions he should try capitalism. It’s been working for years.

Socialism has been tried multiple ways and multiple times since the Russian Revolution in 1917 – and it has failed every single time. Ocasio’s socialist America would bring catastrophe on our families and leave our children picking up the pieces.

No one said it better than British Prime Minister Margaret Thatcher, when she was first running for that job 42 years ago. She said: “Socialist governments traditionally do make a financial mess. They always run out of other people’s money.”

Venezuela is just the latest proof that the socialist fantasy has inflicted horrific damage on countless families and national economies over the past 100 years. Those who champion such a course for our country ignore facts, history and the very world around them.