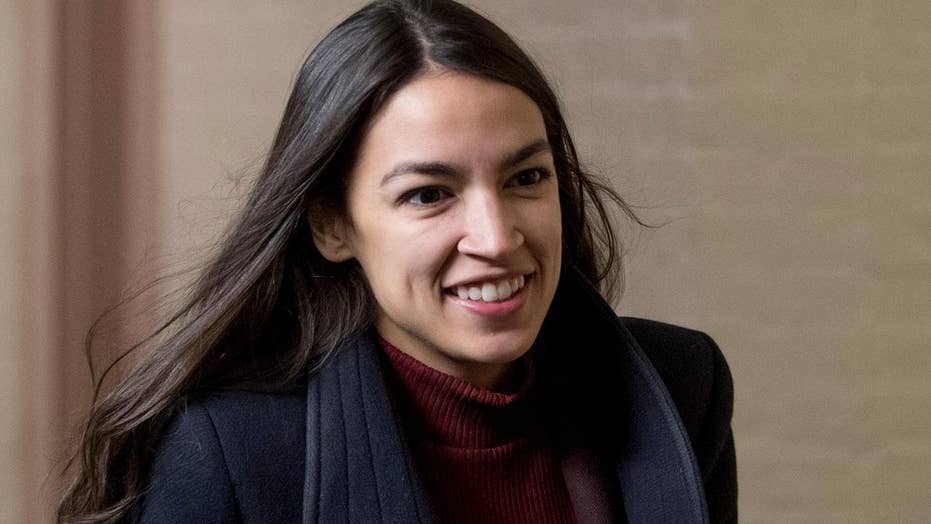 Do Democrats agree that Rep. Alexandria Ocasio-Cortez is the leader of the left?

Former Democratic Ohio State Senate member Capri Cafaro weighs in on whether or not Democrats agree that New York Rep. Alexandria Ocasio-Cortez is the new leader of the Democratic Party.

Watch out, America: Democrats’ class warfare is back with a vengeance. Your money belongs to them to redistribute as they see fit. As New York Mayor Bill de Blasio put it recently, “The money is in the wrong hands.” That is, it’s in your hands, not his.

On Twitter, she fired at Henry Kravis, a private-equity billionaire, for the sale of his $46 million ranch. Cracked Warren: “Billionaires like this guy make me wonder what our country needs more of: ranches with golf courses designed by PGA players and fireplaces ‘imported from European castles’ — or universal childcare a Green New Deal #UltraMillionaireTax.”

She targeted Kenneth Griffin for buying a $238 million-dollar apartment. And NFL owner Daniel Snyder for his “superyacht” purchase.

That money you earned should be spent on what Warren thinks we “need” as opposed to you want is offensive and un-American.

Not a billionaire, so you have nothing to worry about? Don’t believe it. As Margaret Thatcher famously said, “The trouble with socialism is that eventually you run out of other people’s money.” They’ll be coming for all of us, soon enough.

True, not all billionaires get this treatment from Dems. No one is tracking what Oprah Winfrey buys. Dem mega-donor Tom Steyer isn’t scrutinized. But they best be on notice: The love affair depends entirely on their politics.

Until he announced his run for president, Starbucks founder Howard Schultz was one of the good guys, too. He used his business to send liberal messages and spent money on liberal goals. Shareholders were concerned that he was using Starbucks too heavily for his personal liberal platform and alienating moderates and conservatives.

That money you earned should be spent on what Warren thinks we “need” as opposed to you want is offensive and un-American.

In 2012, Starbucks supported a measure in Washington state to legalize gay marriage. In 2015, Schultz launched the “Race Together” initiative at Starbucks, which would have had baristas write “conversation starters” on the coffee cups of customers. In 2017, in a rebuff to Trump, Schultz promised that Starbucks would hire 10,000 refugees.

Yet liberals turned Schultz the Liberal Weenie into Schultz the Libertarian Super-Villain, all because he dared consider running for president as an independent. Now he’s an evil billionaire, hoarding his money so sick children can’t get medicine and have to walk to school shoeless in the snow.

Democrats used to appreciate the hardscrabble stories told by rich people who grew up poor and lived the American Dream. Yet Schultz has been talking up his biography, how he is a self-made billionaire from the housing projects in Brooklyn, and it’s prompting sneers.

Obama administration official Brandon Friedman hissed: “If you ‘grew up in the projects,’ then you’re not ‘self-made.’ The projects are taxpayer-funded public housing. Your friends, neighbors, family members and millions of Americans you never met all worked and paid their taxes so that you wouldn’t have to grow up homeless.”

Please. Schultz didn’t get an advantage by being in “taxpayer-funded public housing.” He was in that housing because his family was at a disadvantage.

The really noxious part is that it doesn’t matter how hard you work, or what you achieve. According to the new far-left Dems, President Barack Obama was right: “You didn’t build that.” Their goal is to maximize what they suck from taxpayers and then spend it, and if you use what that money bought — schools, roads, housing — you’re a moocher.

Nor dare anyone criticize Dems’ money-grabbing: When Mike Bloom­berg took issue with Warren’s plan, she shot back that he and Schultz “want to keep a rigged system in place that benefits only them and their buddies.”

Never mind that Bloomberg and Schultz are mostly on Warren’s side politically and have spent their money in ways she would approve of.

More than money, these Dems crave power. Interfere with that, and you become, well . . . Howard Schultz may tell you, if you can stand the company of a billionaire.