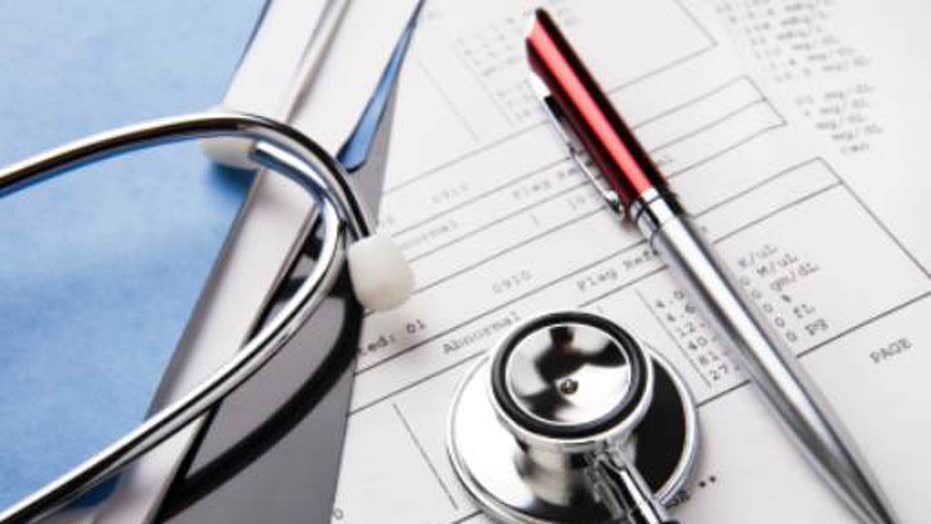 Lawmakers Trying to Opt Out of ObamaCare?

Dan Henninger of The Wall Street Journal on the falling support on Capitol Hill for Obama's health-care law.

Most Americans -- even those who are legislators -- know very little about the details of President Obama’s Affordable Care Act, so-called "ObamaCare." Next year, when it goes into effect, we will learn the hard way.

Many people lazily assume that the law will do roughly what it promises: give insurance to the uninsured and lower the cost of health care by limiting spending on dubious procedures.

Don’t count on it.

Consider just the complexity: The act itself is more than 906 pages long, and again and again in those 906 pages are the words, “the Secretary shall promulgate regulations ...”

“Secretary” refers to Secretary of Health and Human Services Kathleen Sebelius. Her minions have been busy. They’ve already added 20,000 pages of rules. They form a stack 7 feet high, and more are to come.

Our old health care system was already a bureaucratic and regulatory nightmare. It had 16,000 different codes for different ailments. Under our new, “improved” system, there will be more than a 100,000.

Government likes to think regulations can account for every possibility. Injured at a chicken coop? The code for that will be Y9272. Fall at an art gallery? That means you are a Y92250.

There are three different codes for walking into a lamppost -- depending on how often you’ve walked into lampposts. This is supposed to give government a more precise way to reimburse doctors for treating people and alert us to surges in injuries that might inspire further regulation.

On Government-Planned World, this makes sense. But it will be no more successful than Soviet central planning.

Compare all that to a tiny part of American medicine that is still free-market: Lasik eye surgery.
Its quality has improved, while its costs have dropped 25 percent. Lasik (and cosmetic surgery) are specialties that provide a better consumer experience because they are a market. Patients pay directly, so doctors innovate constantly to please them. Lasik doctors even give patients their cell phone numbers.

At first, companies said, “Great, stability!” But then they realized that they could not attract better workers without raises. So companies got around the rules, as companies do. They gave “benefits,” like health insurance.

Government then distorted the market further by giving employer-based health insurance better tax treatment than coverage you buy yourself.

But employer-based insurance is nuts. Many workers feel locked into their jobs. Company insurance largely destroyed the health care free market, since employees rarely shop for the best service at the lowest price.

Now ObamaCare may kill what’s left of that market.

Maybe we will soon be like Canada, where some people wait years for treatment. A producer from my TV show went to a Canadian town where the town clerk pulls names out of a box and then phones people to say: “Congratulations! You get to see a doctor this month!”

But there is at least one area where Canada offers cutting-edge, life-saving technologies. Unfortunately, to get this care, you have to meow or bark. Veterinary care is still handled by the market. Providers innovate or go out of business.

Markets find ways to make things better and cheaper. ObamaCare often forbids that. For example, it requires that every insurance policy cover preventive care and “breastfeeding support.” It insists that mammograms and colonoscopies be provided without any deductible.

It’s tempting to believe that such rules prevent illness and save money, but there is little evidence they will.

Some people will undergo invasive procedures that shorten lives instead of extending them. Some of us want those tests; some don’t.

Lucky Lasik and cosmetic surgery patients! Their treatments are better in part because government doesn’t consider them important enough to subsidize and regulate. If only government would neglect the rest of health care! Then we’d have better service and better care at lower cost.

And we’d have choices.