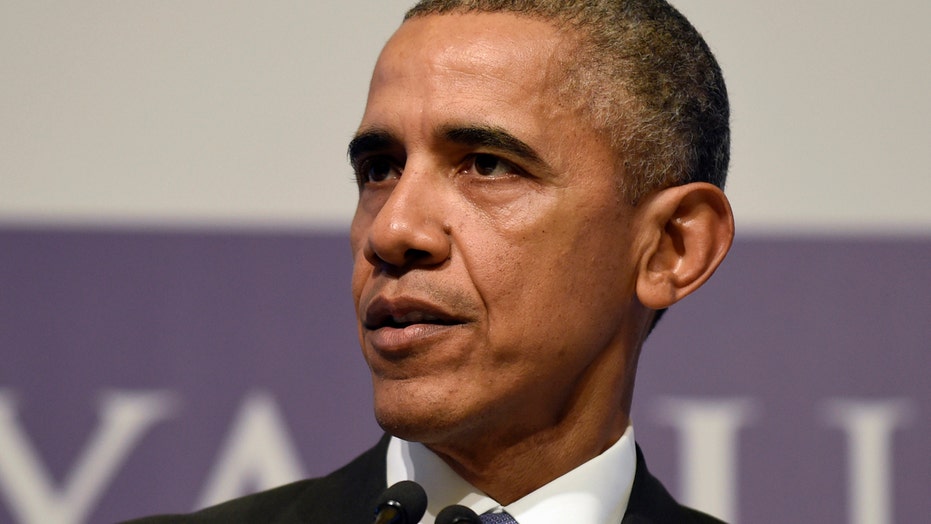 President Obama says banning Syrian refugees because of their religious beliefs is un-American.

The nation was forced to endure yet more pious prattling from President Obama this week who spent time berating Americans who are worried about Islamic jihadists hell-bent on blowing us all to kingdom come.

“When individuals say that we should have a religious test and that only Christians – proven Christians should be admitted – that’s offensive and contrary to American values, the president said – just one day after he called such behavior un-American.

What’s offensive and contrary to American values is refusing to properly investigate those wanting to come to our nation – especially those coming from regions that are hotbeds of Islamic extremism.

Those of us who fear that Islamic radicals might be lurking among the refugees have been called every name in the book: bigots, Islamophobes and un-American. But the cold hard reality is that Protestants, Catholics and Jews aren't the ones beheading people.

But the president says such prudence only further enflames the Islamic jihadists.

“ISIL seeks to exploit the idea that there is a war between Islam and the West,” he said. “When you starting seeing individuals in positions of responsibility suggesting that Christians are more worthy of protection than Muslims are – in a war torn land – that feeds the ISIL narrative.”

It’s counterproductive and it needs to stop, he warned.

Those of us who fear that Islamic radicals might be lurking among the refugees have been called every name in the book: bigots, Islamophobes and un-American.

But the cold hard reality is that Protestants, Catholics and Jews aren't the ones beheading people. The Lutherans and Nazarenes aren’t gunning down young folks in concert venues.

Nevertheless, the president remains steadfast. The Muslims will come.

“We don’t have religious tests to our compassion,” he told journalists from high atop his soapbox.

But that's not entirely accurate.

Last year, the Obama administration led a fierce legal battle to have a German Christian family thrown out of the United States.

The Romeikes fled their homeland in search of a nation where they could homeschool their children. A judge initially granted them asylum – believing they were escaping from religious persecution.

However, the Obama administration waged a fierce campaign against the Romeike family – demanding they be returned to Germany.

The family lost court battle after court battle – but at the eleventh hour the White House relented and decided begrudgingly to let them stay.

And just a few months ago a federal immigration judge ordered a dozen Iraqi Christians deported from a facility in San Diego.

An Immigration and Customs Enforcement spokesperson declined to tell The San Diego Union-Tribune why the Iraqi Christians were being sent back to their native land.

So the next time President Obama wants to lecture the nation about religion maybe he could explain why his administration is importing Muslims and deporting Christians.