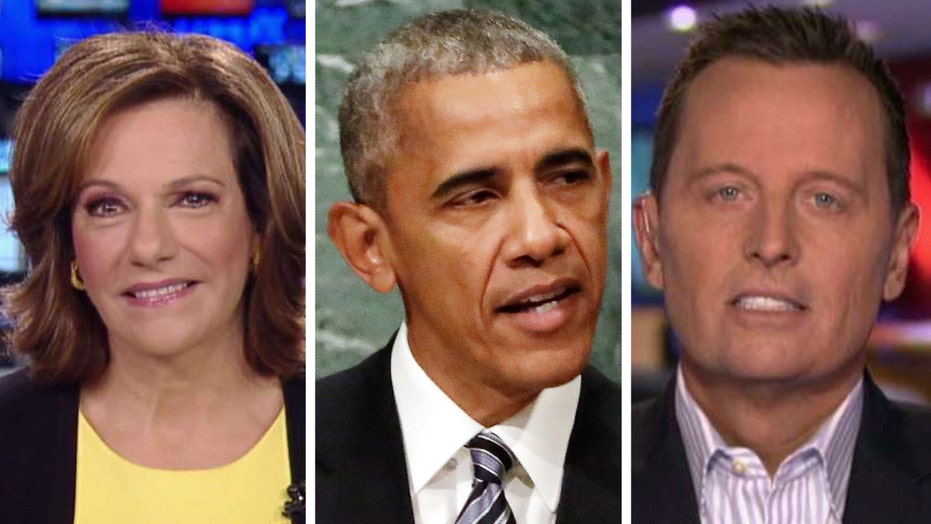 Reaction to the president's message, ties to 2016 election

The war in Syria has been ravaging on for five years and six months producing four million refugees, 400,000 deaths and a growing threat to regional peace and security.

Despite President Obama’s pronouncements of concern, his U.N. Ambassador’s consistent tweeting about the violence and death, his 60 plus nation coalition and his secretary of state’s flurry of diplomatic meetings, the president of the United States has been unable to make real progress towards peace or even stability.

Four years after his re-election eve campaign promise, Obama hasn’t followed through on his promise to protect the Syrian people.

In his eighth and final United Nations speech this week, Obama missed the opportunity to lead once again. While thousands of international diplomats gathered in the UN General Assembly hall to hear him, the president largely ignored the Syrian conflict. It was a glaring omission and missed opportunity to re-focus the world’s attention on ISIS and Assad.

“For the Syrian government to utilize chemical weapons on its people crosses a line that will change my calculus and how the United States approaches these issues,” Obama said in April 2013.  It was a statement heralded at the time by U.N. Ambassador Samantha Power, who made a loud and proud commitment of her own before becoming ambassador to the U.N. that if she was ever in a position of power that she would commit to the U.N.’s Responsibility to Protect doctrine, calling on powerful nations to proactively protect vulnerable people in crises.

Instead, Obama has kept his original campaign promise to not send additional U.S. troops to Syria, relying instead on Kurdish forces to gather the necessary intelligence needed to run an air campaign.  But finding the command and control center of the Islamic radical group ISIS is proving to require more than just a daily bombing campaign.

Timely and consistent intelligence from the ground is the only way to pinpoint the location of the ISIS leaders and the way to avoid mistakes like the one last week where U.S. forces accidentally killed 62 Syrian government troops they had mistaken for ISIS fighters.

The Kurdish forces gathering most of the U.S. intelligence, meanwhile, are being attacked by Turkey, the U.S.’ NATO ally.

“The rules of engagement we are required to follow don’t allow us to act in the way we want to,” a U.S. military planner told me.  “We see what is needed but aren’t allowed to go there.”

The U.S. military is the best in the world, but without the freedom to gather the necessary intelligence on ISIS, we won’t be able to find them and destroy them as they move around the country.

NATO and the U.N. can only be successful in fighting extremism and combatting terrorism if the U.S. is leading the strategy.  And with Turkey fighting the Kurds, Russia defending President Bashar al Assad while the U.S. policy says Assad should go, it is clear the U.S. isn’t leading.

At the Democratic Convention in July, President Obama made clear that the next president of the United States would still be trying to defeat ISIS in January 2017.  It was a stunning admission.

In his eighth and final United Nations speech this week, Obama missed the opportunity to lead once again.  While thousands of international diplomats gathered in the UN General Assembly Hall to hear him, the president largely ignored the Syrian conflict.  It was a glaring omission and missed opportunity to re-focus the world’s attention on ISIS and Assad.

It’s clear to even the casual foreign policy observer that President Obama has resigned to the fact that he has failed to stop ISIS and that Bashar al-Assad will still be in power when he leaves the White House.