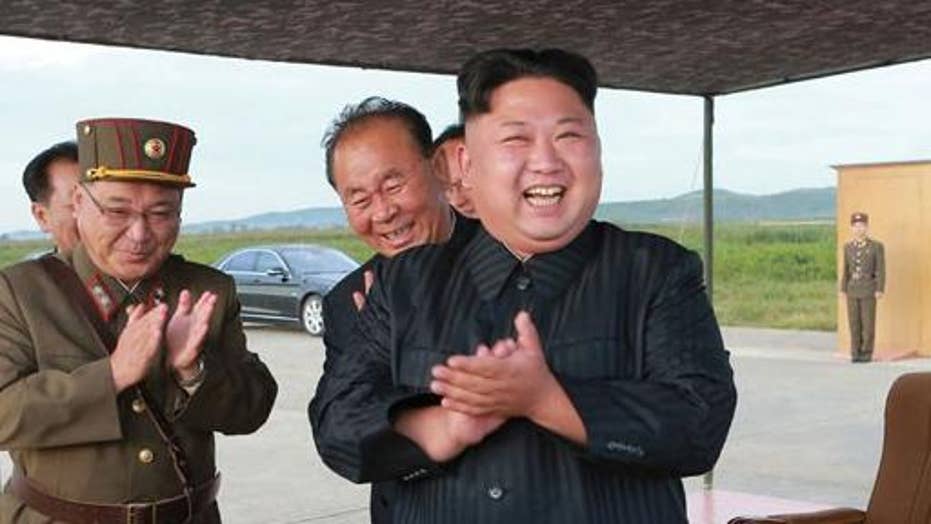 Asia was much in the news in 2017, as North Korea’s brutal dictator Kim Jong Un surprised experts around the world with rapid progress in his weapons program, testing intercontinental ballistic missiles and nuclear bombs. The United Nations and U.S. imposed sanctions on the North, but didn’t deter Kim from continuing to make military advances.

Kim and President Trump traded insults and threats but, thankfully, avoided going to war. Hopefully, war between the two nuclear nations will be averted in the year ahead as well.

President Trump gave up on President Obama’s failed “pivot to Asia” and said the U.S. would not join the Trans Pacific Partnership free trade agreement, which had been a top priority of the Obama administration. The new U.S. president instead embraced an “America First” foreign policy that amounted to a “pivot to America.”

Once touted as a successful example of U.S. diplomatic engagement, the country now known as Myanmar – but still called Burma by many – was plunged into ethnic conflict in 2017 when the military in the primarily Buddhist nation launched attacks on the predominantly Muslim Rohingya minority.

One-time democracy icon and Nobel Peace Prize laureate Aung San Suu Kyi, who is now serving as state councilor (akin to prime minister) has drawn international criticism for standing by as more than 600,000 Rohingya have fled to neighboring Bangladesh following rapes, murders and the burning of their villages.

Whether a humanitarian and human rights nightmare or a clear case of “ethnic cleansing” – as U.S. Secretary of State Rex Tillerson has described it – the world has failed to effectively respond to Myanmar’s brutal treatment of an entire people.

Unfortunately, the year ahead doesn’t yet look any better for Suu Kyi or the Rohingya – sadly, the joint “winners” of worst year in Asia in 2017.

Incumbent leaders and parties in much of Asia, from India to Japan, solidified their lock on power. Opposition parties fared badly.

One-party rule continued in China, Vietnam and Laos.  And in Cambodia, a Supreme Court ruling has effectively dissolved the only credible major opposition party. The result? Cambodian leader Hun Sen is likely to continue as the world’s longest serving prime minister for some time.

Elsewhere, Thailand’s return to democracy remains on hold after a May 2014 coup. And in Japan, Prime Minister Shinzo Abe’s party scored impressive election results, swamping the nascent “Party of Hope” of popular Tokyo mayor Yuriko Koike. Incumbency does have its advantages.

A Mixed Year at Best: ASEAN

The year 2017 proved both good and bad for the 10-member Association of Southeast Asia Nations, or ASEAN. A visit by President Trump and a seemingly budding bromance between the U.S. and Filipino presidents helped mark 50th anniversary celebrations for ASEAN in Manila in November.

The Southeast Asian region, with a combined gross domestic product equivalent to $2.4 trillion, is now the seventh-largest economy in the world and on track to become the fourth-largest economy by 2050. That’s good news for American businesses from Texas to Washington investing in and selling to this booming region.

But 2017 also made clear that the association’s non-confrontational, consensus-building approach – deemed the “ASEAN Way” – may well be facing a mid-life crisis in the face of China’s growing investment and assertiveness.

While ASEAN celebrates 50 years of growing prosperity, some of the region’s most pressing problems, including the Rohingya crisis and territorial disputes in the South China Sea, have also continued to fester if not grow.

As in America, technology from e-commerce to mobile banking continues to transform Asia and create vast new fortunes. Not everyone though can be a Jack Ma, the storied Chinese billionaire and co-founder of Alibaba Group. Nor can every company be an Ant Financial Services Group, the Alibaba-affiliated payments company described by The Economist as “the world’s most valuable fintech firm.”

But 2017 proved to be a good year for Asia’s pioneers in fintech – a catch-all buzzword for the financial technology that is challenging and reshaping mainstream banking and finance companies.

In the third quarter of 2017 alone, according to consulting firm KPMG, Asia was the global leader in fintech investment, outpacing Europe and the Americas, with more than $1.21 billion raised.

And with companies looking to serve the region’s “unbanked” – only 27 percent of Southeast Asia’s 600 million people have a bank account – what was a good year for fintech is likely to only get better in 2018.

There’s a new Mao in town. "Best Year" in Asia goes to: the leader of the most populous nation, China; and the leader of arguably the region’s most frightening nation, North Korea.

In 2017, Xi Jinping solidified his rule as China’s most powerful leader in decades at the Communist Party Congress. Progress also continued on two landmark Xi initiatives. The first is the "One Belt One Road" or “new Silk Road” infrastructure and development program, which will better connect China to key markets. The second is the Asian Infrastructure Investment Bank, a Chinese-led rival to the World Bank.

The major uncertainty in 2017 for Xi Jinping was the behavior of the man dubbed "Little Rocket Man" by President Trump – North Korea's Kim Jong Un. Kim's continued survival may well rest on China's support more than on his small nuclear arsenal. Yet the North Korean leader is likely to know that an erratic North Korea is the price that China accepts for fear of a united, democratic Korea on its border.

And so, in a year that saw Xi Jinping emerge as a voice for Chinese-style globalization and Kim Jong Un survive – if not thrive – as a nuclear-armed provocateur, we give “Best Year in Asia” to a less-than-dynamic duo linked on the world stage: Xi and Kim, frenemies in 2017.

As President Trump moves to make America great again, America would do well to pay attention to what the billions of people and their leaders on the other side of the world in Asia are up to. In an ever-shrinking world, what happens on one side of the Pacific inevitably will affect the other.

Jose B. Collazo is a Southeast Asia analyst and an associate at RiverPeak Group. Follow him on Twitter: @JoseBCollazo.