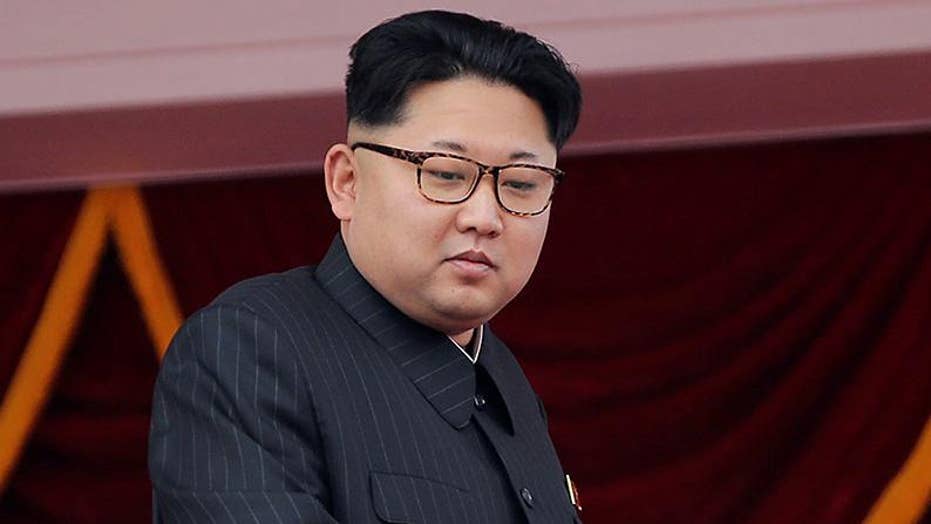 No good options for responding to North Korean threat?

Reaction and analysis on 'The Fox News Specialists'

North Korea represents the most imminent threat to U.S. national security. Pyongyang’s test this month of a fusion bomb and its launch last month of an ICBM have demonstrated its ability to launch nuclear attacks on U.S. soil. Kim Jong Un’s regime may not be fully deterred by a retaliatory strike – it already enslaves most of its population.  Even if North Korea never fires upon the continental U.S., it might attack South Korea and Japan or share its technology with other American enemies, such as Iran or even terrorist groups.

Nevertheless, we will likely witness yet another cycle of fruitless diplomacy. The U.N. Security Council has already imposed the toughest sanctions ever on North Korea. After President Donald Trump declared that North Korea “will be met with fire and fury like the world has never seen,” Pyongyang publicly threatened to launch missiles against U.S. bases in Guam.

Rapidly developing technologies can offer options beyond the tragic choice of appeasement or conventional attacks on Seoul.  Robotics, cyber, and space-based communications have sparked an economy revolution. These same advances are triggering a comparable transformation in military affairs.  These new weapons – and, just as important, the will to use them – allow for faster, more precise uses of force with less harm and risk, which could allow us to face down North Korea and other, looming threats.

Using robotics, cyber, or space based weapons to conduct pinpoint warfare could even produce more freedom for a negotiated peaceful resolution of disputes, before leaders risk their soldiers’ lives and their nations’ honor.

U.S. aerial robots have launched pinpoint strikes on terrorist leaders.  More advanced drones could stealthily enter North Korean airspace to cripple Pyongyang’s nuclear weapons and missile infrastructure.  Robotic weapon systems could multiply the effect of manned forces on defense too. While the Navy can surround North Korea with Aegis anti-missile cruisers, the Air Force could deploy drones in the airspace above to shoot down North Korean ICBMs in their initial boost phase, when they are most vulnerable.

Cyber weapons would enhance a new robotic anti-missile campaign. U.S. hackers could degrade North Korea’s command and control of its missiles and destroy networks used to design and test missiles and warheads.  If the U.S. is going to use sanctions, which rely on the idea that economic suffering by the North Korean people will place pressure on the regime, it should use cyber too.  Degrading Pyongyang’s communications and finances will increase the economic punishment for its nuclear program.  American hackers could freeze North Korean regime accounts held abroad and cut the government off from the global banking system.  U.S. cyber warriors can target companies doing business with North Korea, whether they be Russian, Chinese, or Malaysian.

Expanded space-based weapons can provide a third means to defend against the North.  Until now, the great powers have primarily used space to monitor military deployments and to detect missile launches.  Private companies such as SpaceX have driven launch costs down by more than 90 percent, and advances in robotics and communications have sparked a revolution in precision-guided munitions. The United States may soon have it within its abilities to station an anti-missile system in geo-synchronous orbit over North Korea.  It could attack North Korean ICBMs not only in their initial boost phase, but also as their warheads traverse space before plunging to their targets.  Future space platforms could quickly strike North Korean ground targets with conventional weapons that have the force of tactical nuclear warheads, but with no radioactive fallout.

Intellectual roadblocks, not technical difficulties, ultimately will slow the deployment of  these weapons.  Critics already warn that the destabilizing nature of these new weapons require new treaties to ban them.  United Nations officials called for an end to the U.S.’s drone campaign against al Qaeda terrorists and Iraqi insurgents because UAVs made it too easy to engage in war.  Elon Musk, founder of Tesla, recently called artificial intelligence “the greatest risk we face as a civilization” that could trigger wars. Self-appointed guardians of international law, such as various U.N. organs or the International Committee of the Red Cross, will criticize precision weapons or internet and space combat for violating long-cherished arms control norms.

Ever since the Catholic Church and European kings tried to ban the cross-bow, these arguments appear almost every time technological progress spurs advances in warfare. Critics argued that World War I long-range artillery, aerial bombing, and submarine attacks violated the laws of war by making violence too distant and too easy.  The International Court of Justice has come close to declaring nuclear weapons a violation of international law, and this summer most nations joined a treaty to ban nukes.

Efforts to ban these new weapons, however, would harm the cause of global security by limiting options to bring economic pressure and gradually escalating force against troublemakers.  For decades before the Second World War, great powers would underline their demands for satisfaction by sending a naval squadron to close a port or even bombard harbor facilities.  Diplomats had a name for this – “pacific reprisals.”

New technologies offer the opportunity for the United States and its allies to return to coercion as a tool of statecraft.  The cruise missiles and drones used against Syria – and in the past decade in Afghanistan and Iraq – are the most visible illustrations. These new weapons can strike from far away, with great precision.  They can hit a particular target while leaving surrounding structures untouched.  They can temporarily paralyze a nation’s communications, internet, or economic systems.

Such coercion relies on the similar logic to the favorite tool of those opposed to military solutions: the economic sanction.  Sanctions impose steadily escalating costs on civilians in the hopes that they will pressure a regime to change course.  A cyber attack, similarly, might have the effects of a trade sanction – but more promptly and with greater precision – yet without the physical harm associated with conventional bombing.  New technologies could impose the same level of pressure with far less permanent damage by, for example, striking critical bottlenecks in Iran’s energy industry with precision drone strikes, crashing the financial markets and banking system with cyber weapons, or shutting down all internet communications in Teheran.  Using robotics, cyber, or space based weapons to conduct pinpoint warfare could even produce more freedom for a negotiated peaceful resolution of disputes, before leaders risk their soldiers’ lives and their nations’ honor.

It would be the height of folly if the United States were to continue to restrain its development and deployment of new weapon as challenges rise around us, not just from North Korea but from rivals around the world.