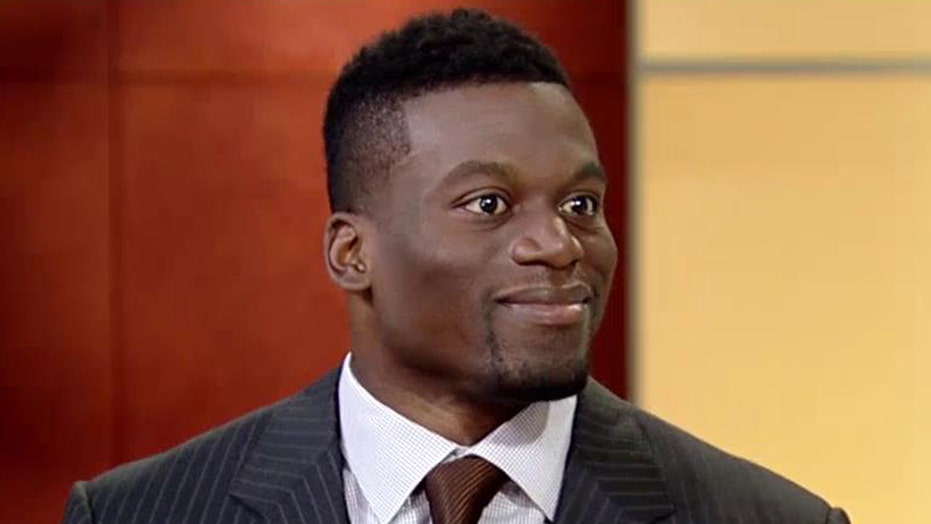 Editor's note: The following column is from the book, "Under Our Skin: Getting Real about Race. Getting Free from the Fears and Frustrations that Divide Us" (Tyndale Momentum, November 17, 2015) by Benjamin Watson. This is from the chapter, “Sad and Sympathetic."

One of the things that fuels racism is numbers. And the safety we find in them.

When we’re in our peer groups—shooting the breeze with a group of buddies, hanging out with coworkers after work, meeting with couples from church, attending a small group in the neighborhood—we tend to blend in with the attitudes and assumptions of those around us. Someone says something judgmental, and eventually someone else says something to top what the first person said. Who are we to disagree? Soon there is a consensus of opinion in our group about another group.

Black or white, the groups we’re in tend to confirm the worst of the biases and judgmentalism we harbor inside ourselves.

When we as races are separate, safe among the numbers of white people or black people surrounding us, we lose sight of the others’ humanity.

When we as races are separate, safe among the numbers of white people or black people surrounding us, we lose sight of the others’ humanity.

If I, a black man, am with you, a white man, and together we are watching our sons play in the yard, am I not more inclined to see you as a father rather than as a white man? And are you not more inclined to see me as a father rather than as a black man? It seems more likely that our conversation will begin to flow as we talk about our sons and who they are and what they did in baseball, rather than getting stuck in a halting, stilted conversation about the racial issues that divide us.

But we are separate. We remain incredibly segregated. So we don’t sit down together at neighborhood picnics. We don’t hang out together after work. We don’t worship together in our churches.

Until we can see each other as equals—as mothers and fathers, as sons and daughters—justice is never going to be evenhanded. Only when we share time together and make it personal will we lay aside the prejudice of our minds and experience the true understanding of our hearts. Only when we blacks and whites watch our kids play together will we know that we are all created by God and are commonly human.

Excerpted from “Under Our Skin”  by Benjamin Watson & Ken Peterson (Tyndale House Publishers, Inc., November, 17, 2015). This material may be protected by copyright.

Benjamin Watson is a tight end for the Baltimore Ravens, a writer and speaker, and a widely read and followed commentator on social media. He is the author of "Under Our Skin: Getting Real about Race. Getting Free from the Fears and Frustrations that Divide Us" (Tyndale Momentum, November 17, 2015). He attended Duke University as a freshman and transferred to the University of Georgia, where he majored in finance. After an all-SEC senior campaign, he was drafted in the first round of the 2004 NFL draft by the New England Patriots. He won a Super Bowl ring in his rookie season and appeared in another Super Bowl following the 2007 season. After a three-year stint with the Cleveland Browns―including the 2010 season in which he led the Browns in receptions, receiving yards, and receiving touchdowns―Watson signed with the Saints in 2013. Watson serves on the executive committee of the NFL Players Association and is the founder of the nonprofit One More foundation along with his wife, Kirsten. They live in Baltimore with their five children.