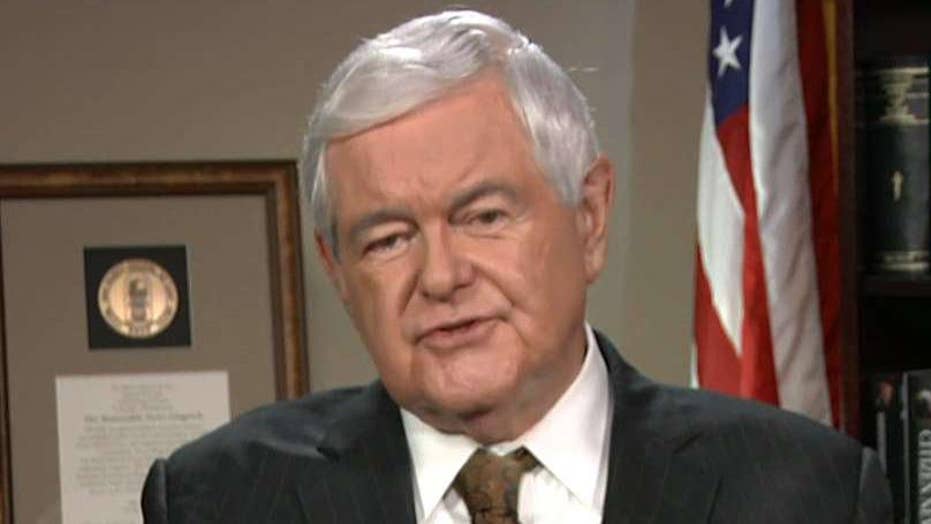 As a presidential candidate, Donald Trump campaigned on the need for more federal judges dedicated to the Constitution and he has kept his word. By nominating Judge Brett Kavanaugh on Monday to serve on the U.S. Supreme Court, President Trump selected precisely such a constitutionalist.

The president’s speech introducing Kavanaugh was a model of patriotic principles, delivered with a bipartisan tone and a seriousness that invited all Americans (including Democratic senators) to look at Judge Kavanaugh with an open mind.

This was a solid presidential speech that reminded the country of the importance of the Constitution, the key role of the Supreme Court, and the profound responsibility the president has in nominating justices. The responsibility is second only to decisions about war and peace, as President Trump acknowledged.

When combined with the disciplined bipartisan consultations and careful review process leading up to the nomination, it was one of the best performances of the Trump administration.

I couldn’t help but wonder how the Democrats are going to try to demonize this eminently likable man, who currently serves on the U.S. Circuit Court of Appeals for the District of Columbia.

Kavanaugh’s speech was perfect. He was professionally sound and unassumingly personable. His two daughters won the charm award for the evening.

I listened to Kavanaugh introduce himself to the country – as a father, a husband, and the son of a pioneering mother who taught at African-American schools and then became a trailblazing prosecutor. He said he is a deeply committed Catholic who coaches girls’ basketball (both at his church and his local community) and serves food to the poor.

I couldn’t help but wonder how the Democrats are going to try to demonize this eminently likable man, who currently serves on the U.S. Circuit Court of Appeals for the District of Columbia.

Callista and I were delighted to be at the White House dining with Vice President Mike Pence Monday night, which allowed us to visit with Kavanaugh and his father (a very unassuming man understandably proud of his son and beaming with pride at President Trump’s kind words).

The legal profession has responded to the nomination with enormous approval. Judge Kavanaugh is clearly one of the brightest and hardest working members of the federal bench. Even liberal law professors have been praising him.

Those on the left, however, will likely be vehemently, viciously, and noisily opposed (as they would have been to anyone President Trump would have picked).

Senate Democratic Whip Dick Durbin of Illinois communicated the depth of the Democrats’ desperation when he said it would be worth losing several red state senators to block the nomination.

This is a self-defeating concept for two reasons.

First, if you are an endangered red state senator, you don’t appreciate your party’s whip offering you up as a sacrifice.

Second, let’s suppose Democrats stopped President Trump from winning confirmation for a Supreme Court justice, at the cost of losing two or three Democratic senators. With a larger Republican majority in January, the president would have an even stronger hand in picking even more explicitly conservative judges,

Durbin’s comments are a sign of the radical extremist wing of his party’s growing desperation.

So, once again, President Trump has named an excellent candidate to serve on the U.S. Supreme Court. With this nomination, the president is continuing to make good on a promise he made early in his presidency – that “a big percentage of the court will be changed by this administration over a very short period of time.”

As of July 9, there were 153 federal judicial vacancies, for which President Trump has made 89 nominations (not including the announcement Monday).

Further, there have been 42 Trump-nominated judges already confirmed to lifetime appointments under the current Congress. By comparison, President Obama had only seen 35 judges confirmed by July 2010.

This success in getting judicial nominees confirmed is in large part due to the leadership of Senate Majority Leader Mitch McConnell, R-Ky., and the members of the Senate Judiciary Committee. It also is an example of the way President Trump is brilliantly strategic on the issues that are really important.

As I wrote in my new New York Times best-selling book “Trump’s America: The Truth About Our Nation’s Great Comeback,” President Trump’s ability to reshape the judiciary could be the most important, longest-lasting aspect of his presidency.

Not only is the president nominating judges at a fast clip, he is tending to nominate judges who are relatively young. Kavanaugh is only 53. If he serves until he is Justice Ruth Bader Ginsburg’s age, he will be on the nation’s highest court until 2050.

This is the Trump plan to strategically shift the judiciary toward constitutionalism. Since these appointments are for life, President Trump’s influence on the federal court system will last decades beyond his time in office.

This is clearly important for the president’s Supreme Court appointments, but the biggest impact will come from his appointments to the lower courts – the courts that more regularly impact the daily lives of Americans and create the talent pool for future Supreme Court nominations.

The upcoming fight over this Supreme Court confirmation is an important one, and President Trump is clearly laying the groundwork for success.