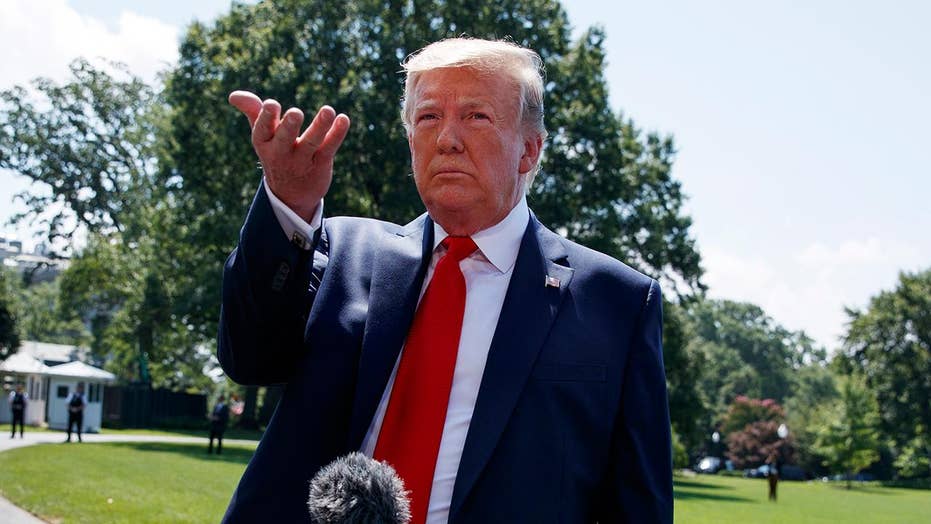 Trump's strategy for the 2020 election cycle

Poll numbers in recent days have shown a remarkable surge toward President Trump. In the most recent national poll by Emerson, he either ties or beats every Democrat except Vice President Joe Biden among registered voters – and he only trails Biden by 6.

Given the 92 percent hostility of news media coverage toward Trump, according to a Media Research Center study, I suspect there is an unspoken Trump vote that will not tell polls they support him. It is probably a big enough group of voters to mean that he is now tied with or leading Biden.

After two and a half years of being stuck around 40 percent for approval ratings – and occasionally trailing Democrats by double digits – what is happening?

NEWT GINGRICH: OCASIO-CORTEZ IS VICIOUS, CRUEL AND DISHONEST – AND DETERMINED TO DESTROY THE AMERICA WE KNOW 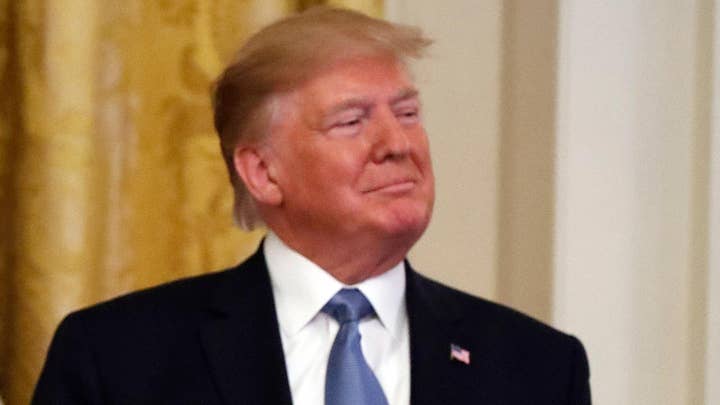 I think there are five big factors leading to a dramatic shift from a shrinking Democratic Party toward a growing Trump presidency: economy, stature, patriotism, issue insanity, and progress on health issues. Let me expand on each one.

The economy is President Trump’s greatest achievement. The growing and strengthening economy is having a gravitational pull on every American except the anti-Trump hard left (for whom nothing matters but hating Trump). The lowest African American and Latino unemployment rates recorded in history are beginning to create approval for Trump in those communities that no Republican in modern times has been able to do. The rise in manufacturing jobs and salaries are becoming advantages for President Trump. Meanwhile, the Democrats are campaigning on the economy as though they were in another country. Faced with continuous job and wage growth, it is hard to make a compelling case against the Trump economy. This is the bedrock of everything else that is going on.

A stature gap is beginning to appear between an international leader and a group of arguing, petty politicians. Speaker Pelosi feuds with the insane wing of her caucus, while President Trump meets with the Emperor of Japan. Sen. Kamala Harris, D-Calif., and Joe Biden feud over a decades-old forced busing debate, while President Trump meets with Russian President Vladimir Putin and Chinese Communist Party General Secretary Xi Jinping. House Democrats cave to the Senate Republicans on border funding, while President Trump has a surprise visit to North Korea and a one-hour meeting with Kim Jong Un. As it happened in 1972 and 1984, a Republican president can build a stature gap that makes it incredibly hard for the Democratic nominee to be seriously considered as an international leader by anyone except hardcore Democrats.

The crazier the Democrats get on tax-paid health care for illegal immigrants, abortion through the ninth month (and infanticide after) taking away every American’s health insurance, massive tax increases, talking about reparations as though it was a reasonable idea, etc. etc., the greater the gap is going to get.

Patriotism is an issue on which the Democrats are rushing to give the president a huge advantage as well. The Democrats don’t seem to be able to help themselves. The theme of a weak America, a dangerous America, an inadequate America goes back to George McGovern in 1972. It was captured by Ambassador Jeanne Kirkpatrick (herself a former adviser to Vice President Hubert Humphrey and a Democrat). In 1984, she described the San Francisco Democrats as always blaming America first.

President Trump’s remarkable speech at Normandy on the 75th anniversary of the D-Day landing had no echo among Democrats. His even more remarkable speech in front of the Lincoln Memorial on the Fourth of July was opposed and ridiculed by Democrats. His powerful words drove some liberals to write that America was only OK. So, voters in 2020 can choose between Keeping America Great and feeling bad that America is only OK. This is a disastrous position for Democrats – which many are rushing toward.

Issue insanity is beginning to erode the Democrats. I went back to reread Theodore White’s magnificent "Making of the President 1972" and fortunately picked up the 2010 reissue. It has a brilliant introduction by Cokie Roberts looking back a generation. The most powerful insight was a profound difference between 1972 and 2020.

In 1972, McGovern was an outlier. He clearly represented the radical wing of the Democratic Party. It was relatively easy for most Democrats to say, “I am not him.” At the same time, President Nixon, scarred by losing in 1960 and 1962 and having won a very narrow election in 1968, kept Republican resources focused on his re-election and failed to help congressional Republicans. The result was the largest presidential popular vote percentage in modern history (60.7 percent) for the Republican president, while Republicans lost two Senate seats and only gained 12 house seats.

Today is dramatically worse for Democrats than in 1972. Instead of having one likable but wacky left-wing radical, every single candidate in the second debate raised his or her hand for positions that are simply unacceptable to most Americans. If McGovern could be separated out as “the radical” almost 50 years ago, look where we are today. Every plausible nominee has radical positions – and the House and Senate Democrats are voting for radical positions on issue after issue. Furthermore, President Trump has learned the cost of a left-wing Democratic Speaker and will be spending resources to help Kevin McCarthy of California become speaker.

The crazier the Democrats get on tax-paid health care for illegal immigrants, abortion through the ninth month (and infanticide after) taking away every American’s health insurance, massive tax increases, talking about reparations as though it was a reasonable idea, etc. etc., the greater the gap is going to get. They will reap the general election whirlwind that they are laying the groundwork for in the primaries.

Health could become a strength of the Trump presidency. Day after day (the most recent being on kidney disease) the Trump administration is taking smart action to accelerate curing diseases, lower costs, return power to individuals, and generally improve our health system. While "Medicare-for-all" currently polls decently against the current system, it loses decisively as a goal when pitted against a system that builds on what’s working and fixes what’s not. After another year of steady activities and improvement -- while avoiding self-inflicted wounds such as ending protections for people with pre-existing conditions or embracing left-wing price controls -- President Trump and the Republicans will be running as the health improvement party and beating the Democrats on an issue they have owned since President Harry Truman proposed a national health system in 1949.

There are other factors helping President Trump, but these five, if they continue, will lead to a landslide victory in 2020. With that landslide, Republicans will gain seats in the Senate and regain control of the House.

The left will continue to go nuts.