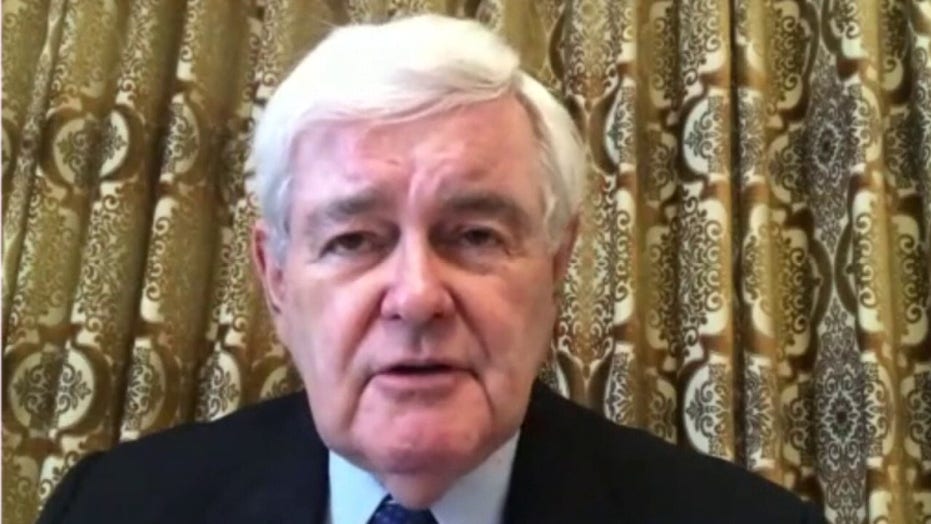 As I was talking Thursday with John Heubusch, the brilliant and dedicated executive director of the Ronald Reagan Presidential Foundation and Institute, it was really driven home to me what a dangerous period we are living through.

The Reagan Institute is one of the great institutions dedicated to preserving and teaching about the past. Its library and historic collection of exhibits about President and Mrs. Reagan are enormously helpful to historians and the public. Its education program for young people teaches them interactively by using real events in the Reagan presidency. It is a genuine national asset.

Yet, as we were talking about my new book, "Trump and the American Future: Solving the Great Problems of Our Time," it hit me that the existence of this extraordinary library is potentially in peril.

NEWT GINGRICH: THREE GENERATIONS OF BRAINWASHING ARE PAYING OFF FOR THE LEFT

The mobs which are mindlessly wandering the streets of America toppling statues and defacing monuments are reinforced by the academic mob which wants to cleanse libraries of books it deems inappropriate.

It is the ignorance of the mob which allows its members to smear American heroes and destroy the memory of key personalities in the rise of freedom.

One book banned by the academic mob is "The Adventures of Huckleberry Finn." Published by Mark Twain in 1884, it is widely considered the greatest American novel. But, of course, the illiterate bigots of the left destroy greatness out of ignorance and prejudice. 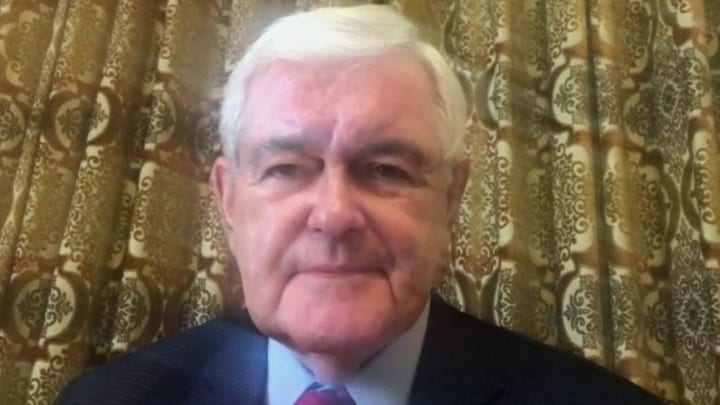 The ignorant mob defaces the Lincoln Memorial. In the name of supposedly fighting racism, they routinely defame the president who fought a Civil War, issued the Emancipation Proclamation, and fought for the constitutional amendments which codified freedom for African-Americans.

Those who talk loudly about Juneteenth should remember that it was a Union General, Gordon Granger, who announced the end of slavery in Texas that led to the celebration. Granger’s Order is a useful reminder of the importance of Lincoln in ending slavery.

It reads: “The people of Texas are informed that in accordance with a Proclamation from the Executive of the United States, all slaves are free. This involves an absolute equality of rights and rights of property between former masters and slaves, and the connection therefore existing between them becomes that between employer and free laborer.”

Of course, the executive to whom Granger referred – and who he reported to as commander in chief – was Abraham Lincoln. Tragically, by Juneteenth, Lincoln had been assassinated for his role in defeating the Confederacy and ending slavery.

It is the ignorance of the mob which allows its members to smear American heroes and destroy the memory of key personalities in the rise of freedom.

In Boston, the ignorant and the hateful damaged the statue dedicated to Col. Robert Gould Shaw and the men of the 54th Massachusetts.

As anyone familiar with American history – or who has at least seen the amazing movie "Glory" – knows, Shaw organized the first regiment of African American volunteers and convinced President Lincoln to let them fight on the side of the Union. It was a courageous, radical action at the time – and incredibly controversial.

On July 18, 1863, Shaw was killed leading his men into battle at Fort Wagner. The flag bearer was an escaped slave named William Carney. It was this statue honoring both Shaw and the African American troops he had recruited which some ignorant barbarians trashed in Boston.

George Orwell, in his iconic novel 1984, developed the concept of a memory hole into which the government would pour all evidence that it did not like. As government policies changed, so would the material being cast into the memory hole. Most people think Orwell was writing about the Soviet Union, but in fact, 1984 takes place in Great Britain.

Orwell was convinced that totalitarian methods would gradually overwhelm democracies, and freedom would be replaced by manipulated falsehoods imposed by the government.

When the Taliban blew up two gigantic Buddha statues, the world expressed outrage. Yet the barbarism of the mob in the United States is just as destructive of existing art and artifacts as the Taliban was. The left talks of changing Mount Rushmore, dynamiting Stone Mountain Georgia, eliminating the Jefferson Memorial, and renaming the Washington Monument.

The one-woman mob inside the Capitol, Speaker Nancy Pelosi, decided on her own to take down four paintings of Speakers of the House who had served the Confederacy. They will now be hidden in the Pelosi memory hole. There is talk of taking out a dozen or more supposedly inappropriate statues in the Capitol.

On the one hand, as a Republican, it would be symbolically ironic for left-wing Democrats to take out statues of past Democrats (that is who the secessionists and segregationists were). After all, the four portraits Pelosi has thrown into the memory hole were three Democrats and one Whig. As the party founded to end slavery and save the Union, there were no Republicans who fit her criteria.

On the other hand, as a historian and a believer in the importance of historic artifacts, I think this whole cycle of mob behavior is dangerous to the fabric of our country.

Once ideological purity becomes the test of whether art gets to survive, the group defining purity gains immense totalitarian power. If slave owners must be banned from history, then what about those who fought to preserve segregation?

If images of everyone who supported segregation must be banned from the Capitol, more than half of the Democratic leaders prior to 1960 would be gone.

President Franklin Delano Roosevelt worked with segregationists, refused to rescue Jews seeking to flee Germany, and locked up Japanese Americans in camps which later led to the United States government paying compensation for such a clear injustice. Should we remove the FDR Memorial on the Mall?

Once the memory hole game begins, and the mob tastes blood, this process of destruction can go on and on. People should study the French and Russian revolutions, the Nazi imposition of “purity,” and Mao’s Cultural revolution in China to learn just how destructive mob rule can be.

This is the summer to reject the mob and get back to civilized behavior within the rule of law. We must re-center America on liberty and justice for all – not control and vengeance by some.