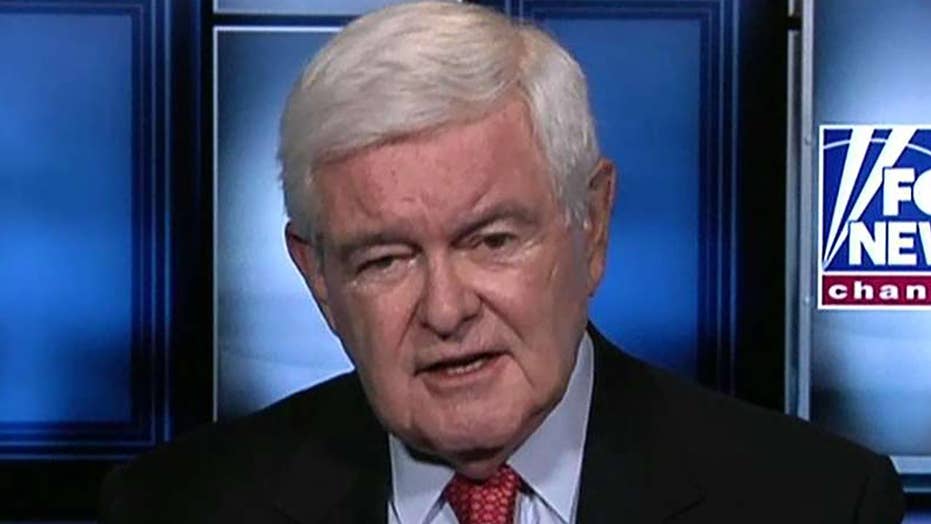 Former House Speaker Newt Gingrich calls for an investigation into who really wrote the Russia report after a 'weak and confused' performance by former Special Counsel Robert Mueller on Capitol Hill.

The biggest conclusion I reached after watching Robert Mueller in front of Congress was that he clearly did not have a detailed knowledge of the report issued in his name.

He failed to answer nearly 200 questions.

He frequently was not familiar with citations from his own report. 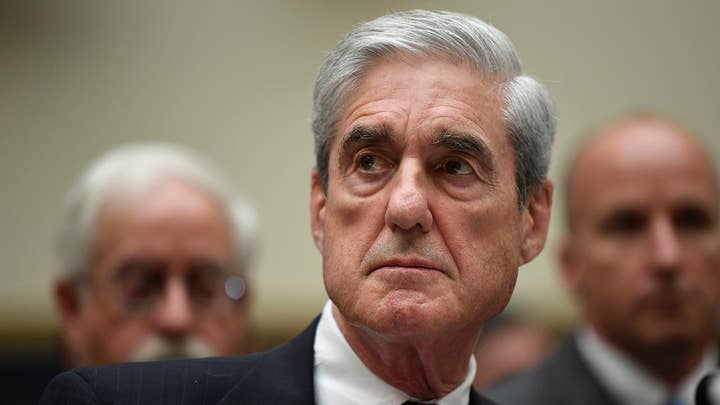 On several key points, he contradicted his own report and his own letters to Attorney General Barr.

When he said he never asked his team their political views I believe him.

It also signals that the most charitable conclusion you could reach was that Mueller had come of age in an era of professional responsibility and did not realize he now lived in an era of harsh, even vicious, partisanship.

My first reaction to his assertion that he did not ask the political opinions of his staff was that it was laughable that he could randomly assemble a hard-line anti-Trump group of Democratic prosecutors without a single pro-Trump Republican lawyer in the room.

The more I watched Mueller, the more I came to the conclusion that he had been a figurehead. The tough younger Trump-hating Democrats had networked with each other and assembled a legal team dedicated to destroying Trump and protecting the Clintons.

However, the more I watched him, the more I came to the conclusion that he had been a figurehead. The tough younger Trump-hating Democrats had networked with each other and assembled a legal team dedicated to destroying Trump and protecting the Clintons.

Seen from this perspective, it is a tribute to President Trump that despite their best efforts these deeply hostile prosecutors simply could not find any evidence of serious wrongdoing. They could write innuendo -- and huff and puff -- but in the end the Trump wall of obeying the law withstood the best these smart, tough widely-experienced Democratic prosecutors could do.

Wednesday’s stunningly inadequate performance by a widely respected career civil servant (my own tweet on his appointment had been entirely positive and it was only while watching the team he assembled that I grew hostile to his project) raises its own new questions.

If Mueller has been as out of touch with his report over the last two years as he was Wednesday, then who was driving the team and who was writing the report?

It is clear Mueller does not know the details of his own report or of the two years of investigations behind the report.

Who then does know all those details?

Who masterminded putting Paul Manafort in solitary confinement for months?

Who made the decision to not look into the Steele Dossier, the company that paid for it, or the links to the Clinton campaign?

After Wednesday’s disastrous performance by the so-called leader of the Mueller investigation and report, the attorney general should ask for a thorough internal review of how that system worked, who made the decisions, and how internally hostile to the president they were.

There was no Mueller report. There was a report signed by Mueller, but it was really someone else’s work. This was the biggest lesson from Wednesday's hearings.