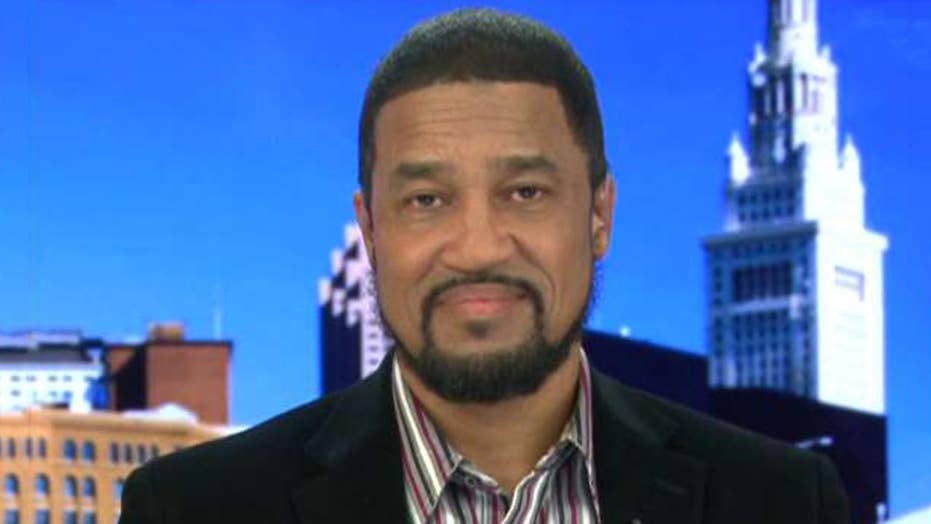 Scott: We were adamant criminal justice reform had to be a part of prison reform, Clinton bill bad for black communities

CEO of the Trump National Diversity Council Pastor Darrell Scott says that the Clinton crime bill from 1994 needed reformation because of the unfair lock up rate it put on black communities.

Senate passage of the First Step Act criminal justice reform bill on Tuesday was an important milestone to show the American people that the Trump White House, Republicans and Democrats can work together for the good of the country.

The bill sailed to passage with an overwhelmingly bipartisan 87-12 vote in the Senate. This could never have happened without the constant, steady leadership of Jared Kushner and his team in the White House; Republicans in the House and Senate; and the army of groups advocating for criminal justice reform. These groups included Right on Crime, FreedomWorks, the American Conservative Union, #cut50 and many others.

To be sure, this bill does not solve all of the problems in our federal prison system – there is still plenty of work to do – but it will bring about some important improvements that can lead to even more reforms, lower prison costs and safer communities.

NEWT GINGRICH: THE LEFT MAY BE WINNING THE WAR OF WORDS – BUT HERE’S HOW THE GOP CAN WIN IN 2020

First, this bill will create a system by which federal inmates will be assessed for their risks and needs – both when they get to prison and throughout their sentences. These assessments will focus on determining the risk level that each inmate will recidivate – or commit more crimes upon his or her release.

The assessments will also ascertain behavioral, health, educational and other needs of inmates to address other potential problems. This could drastically reduce the national recidivism rate by helping more prisoners to actually rehabilitate while they are incarcerated.

Under the bill, the Second Chance Act will also be reauthorized. This law provides grants for programs for drug treatment, vocational treatment, mentoring and other re-entry and recidivism reduction initiatives.

To be sure, this bill does not solve all of the problems in our federal prison system – there is still plenty of work to do – but it will bring about some important improvements that can lead to even more reforms, lower prison costs and safer communities.

Further, these changes will help the federal Bureau of Prisons learn what programing works best for inmates on a system-wide basis. Inmates who qualify will be incentivized to complete these programs through a number of opportunities, most notably through earned-time credits.

These credits will allow low- and minimum-risk inmates (who have not committed a disqualifying crime) to finish the remainder of their sentences in halfway houses, home confinement or supervised release.

The Bureau of Prisons and the Government Accountability Office will regularly track this system to ensure it is operating as the law intended.

Another aspect of this bill will fix well-intended but damaging decisions of the past. The so-called “three strikes” law will be changed so it applies only to serious drug felons and serious violent felons – rather than anyone charged with trafficking drugs.

These much-needed reforms have been debated and considered for more than a decade. They are now very close to becoming reality.

When the First Step Act clears the House as expected and President Trump signs it into law – as he has pledged to do – it will be a very important day for his administration and all Americans.