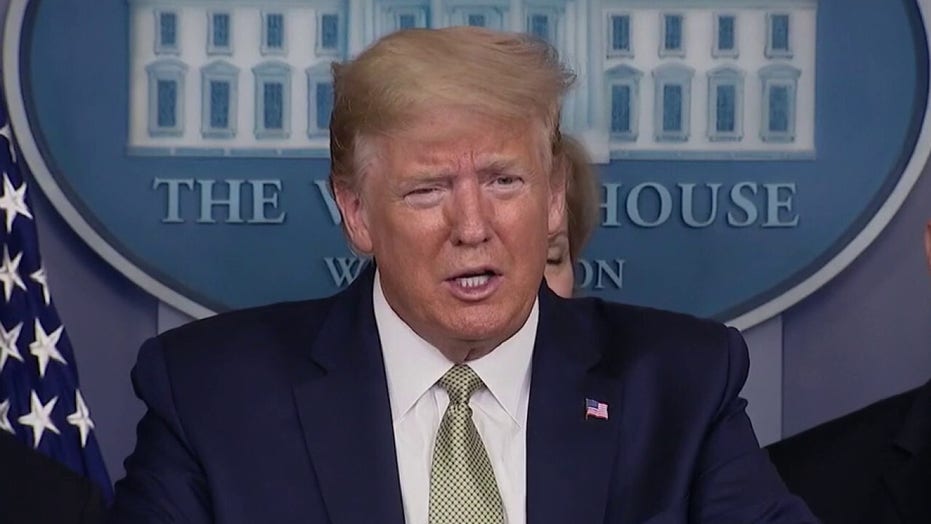 Writing from Italy, where the coronavirus pandemic is at its strongest, I am fully committed to taking the most draconian steps necessary to keep people physically separated until the virus dies out for lack of new hosts.

My op-ed last week made clear how strongly I believe that we have to take bold, strong measures on both the public health and the economic fronts.

I strongly supported the $8.3 billion bill for coronavirus actions – and I support the bill now in the Senate that will send emergency relief to many American businesses and American workers.

The shape of a $1 trillion emergency bill is beginning to be clear. It is driven by deep fears. The first fear is that so many Americans will be out of work and in deep financial distress that we simply have to get them enough cash to survive for a month (with an expectation that if the pandemic is still threatening us, there may be a second check a month later).

It tells you something about the scale of the crisis – and the daring boldness of President Trump as an entrepreneur – that he is prepared to defend the largest government handout to individuals in American history. It will be fascinating to see how Americans respond when they get the checks and have the money.

Second, the new emergency bill will focus on saving targeted industries that will be destroyed by the pandemic unless they get help. Airlines and cruise lines are two good examples of industries that were successful a month ago and are now being crushed by the impact of fighting the pandemic. If we do not help these industries, they will go bankrupt, and when the virus is defeated there will be no companies to fill the niches.

These are all reasonable steps in an unreasonable time. On projects of this scale, there will be mistakes, sloppiness, and waste. This is inevitable. It was the same in World War II – or any other massive mobilization.

Today, though, I want to suggest that President Trump create a planning team to think beyond the immediate crisis. Public health experts believe the pandemic may last several months. The economy will not take this kind of total freeze for much longer. We need a plan to restart the economy and to, step-by-step, make it possible for Americans to be active and productive even while we are fighting the virus.

Japan, South Korea, Taiwan, Hong Kong, and Singapore have all done a better job than the western countries. We ought to have the courage to admit this and study these countries to figure out what they are doing that we can learn, emulate and even improve upon.

We need two enormous steps beyond the trillion-dollar emergency bill.

First, we need a methodical plan to begin reopening businesses under controlled circumstances. When I was in South Korea, the major hotels had a person at the front door checking the temperatures of every person who came in. Restaurants willing to resize to provide physical distancing should be able to open if they check temperatures of every staff person, every day, and check the temperature of every guest when they walk in. Thermometers may be as helpful as washing your hands in managing the transitional world we have to enter if we are to save the economy from the tyranny of a single focus on the virus. Public health comes first – but a healthy economy is a much closer second than the current system seems to understand.

As soon as the emergency bill is completed, the Trump administration needs to immediately begin drafting a supply-side “Economic Growth, Jobs and Prosperity Act of 2020.”

A large part of this methodical plan could be learned by studying how we demobilized and went from a wartime economy to a peacetime economy in 1865, 1918, and 1945. We have an economic patient that is going to need reviving fully as much as the physical patients will.

Second, with the follow-on trillion-dollar legislation, we will have adopted more than enough Keynesian demand-side pump priming. We will have engaged in what Milton Friedman called “helicopter money.”

However, beginning with Jack Kemp and Ronald Reagan, a classic economic principle was resurrected called “supply-side economics.” Supply-side economics is based on the idea that if you encourage enough innovation and investment you will generate a lot of jobs. If you generate a lot of jobs, you will have generated a lot of money in the form of salaries and profits. Furthermore, if you focus on growing the supply side, you mop up the money and avoid inflation (note that Reagan’s growth period saw monetary stability while Carter’s desperate experiment in demand-side spending simply led to 13 percent inflation and 8 percent unemployment).

As soon as the emergency bill is completed, the Trump administration needs to immediately begin drafting a supply-side “Economic Growth, Jobs and Prosperity Act of 2020.” This act should include:

Ultimately, managing the transition back to a healthy, growing economy is as important as public health. Remember, a long absolute shutdown of the American economy will kill more people than the pandemic through poverty and despair.

We must manage both the physical health and the economic health of America. We can’t afford to sacrifice either.