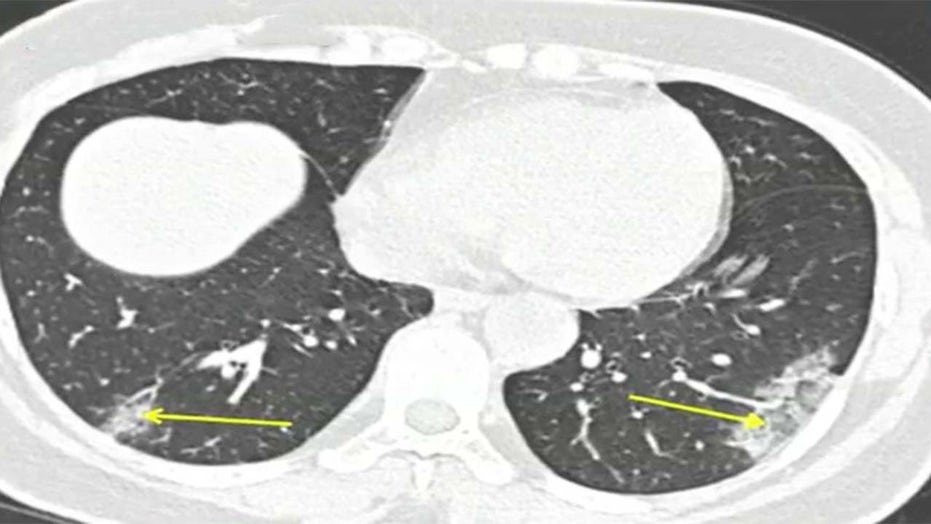 After listening to the Democrats attack President Trump and smear Vice President Mike Pence over the coronavirus, it hit me that it is vital for Republicans to focus on the virus – specifically its challenges to human health, jobs, and the economy.

There is a real temptation to descend to the level of the left’s dishonest, false, and often vicious attacks about the Trump administration’s response to the potential pandemic. However, that would be exactly the wrong reaction.

Just as the contrast between Trump in India and the pathetic South Carolina debate emphasized the stature difference between the president as a world leader and a group of noisy, desperate politicians, there is an opportunity for the Trump administration and congressional Republicans to demonstrate patriotism, seriousness and focusing on solving real problems for real people.

JACKIE CHAN ASSURES FANS HE IS SAFE FROM CORONAVIRUS, NOT UNDER QUARANTINE

The contrast between bitterly partisan, negative, and divisive Democrats such as House Speaker Nancy Pelosi, D-Calif., and Senate Minority Leader Chuck Schumer, D-N.Y., and the serious, focused effort of Trump and Pence is important. It can go a long way toward convincing the country that there is a serious, problem-solving Republican Party and a petty, divisive Democratic Party.

There are serious questions that need answering. We need certainty about the health aspects of the coronavirus. We also need to understand the implications of the collapse of the Chinese economy and its ability to undermine the world logistics system and damage other economies, including our own.

First, let’s look at the health aspects of coronavirus.

I was fortunate to do a "Newt's World" episode on Feb. 9 with one of the great experts on viruses, Dr. Tony Fauci. He is director of the National Institute of Allergy and Infectious Diseases. During our discussion, Fauci, who was one of the heroic figures in developments on HIV/AIDS in the 1980s, outlined the sound scientific approach to thinking through a potential viral epidemic or pandemic. I recommend it as excellent background material.

We must continue to monitor people who come to the United States. It is clear that Trump’s decision to implement travel restrictions has reduced the threat of importing coronavirus and kept the United States safer.

One key concern is to develop new capabilities for early detection of the virus, so people can easily distinguish the common cold, the ordinary flu, and coronavirus.

Another key concern is to increase the number of medicines which can be used to heal a person if they do become infected. Timely health care intervention seems to have a dramatic impact on survival rates. Some of the Chinese death rates may have been a function of inadequate treatments – especially for the elderly. (There are reports of substantial fatality rates among some nursing homes in Wuhan for example.) Also, we need to figure out why some people who appear to be recovering from the virus begin to relapse.

There is a substantial effort underway to develop a vaccine. This is important because we must consider the real possibility that coronavirus will behave like the regular flu and disappear in warm weather and reappear in the fall. There is a real possibility that sometime next year we will have a vaccine just as we vaccinate against the common flu.

Ironically, it is the expertise of the pharmaceutical industry which is being brought to bear to potentially save millions – and even tens of millions of lives. The next time you hear the American pharmaceutical industry attacked, you might remember how vital it is when we need it. Proposals that would undermine and even destroy our research capabilities are proposals that will cost millions of lives in the future.

America has the Center for Disease Control and Prevention, the finest epidemiological center in the world. We have in the National Institutes of Health, the largest and most capable biological research system in the world. It is at times like this that our investment in these capabilities is seen as truly vital and wise.

A key question is how much we will need to spend to accelerate research and moving treatments from the laboratory to your medicine cabinet. Some Food and Drug Administration protocols and regulations may need to be revised to maximize the rate of getting the new drugs to the patients who will need them.

Finally, we have to examine thoroughly local public health plans. When San Francisco announces a public health emergency before a single case has been reported in the city, some tough questions need to be asked. In a city which has thousands of homeless people living on the street – and in which the district attorney has announced he will not prosecute public defecation and urination – how would you quarantine homeless people if they became infected. San Francisco is faced with an impossible dilemma: Take the virus seriously and change the pattern of disease-breeding lack of law, or accept that there is a large vulnerable population on the streets who would be very susceptible to an epidemic.

Beyond health issues we also must confront the danger to our economy the Chinese meltdown is posing. There are a surprising number of medicines, face masks, syringes, and other medical supplies which come from China. There are a significant number of American companies that will have their production disrupted because they rely on Chinese parts in the logistics chain.

One step toward recognizing how unhealthy our reliance on Chinese production is would be to create a one-time tax credit for insourcing production which has been outsourced to China. We might well convince a substantial number of companies to bring their production home to the United States now that the precariousness of the Chinese system is so obvious.

If we approach the challenge of the coronavirus as serious adults, there is no reason to believe we can’t solve both the health and the economic problems.