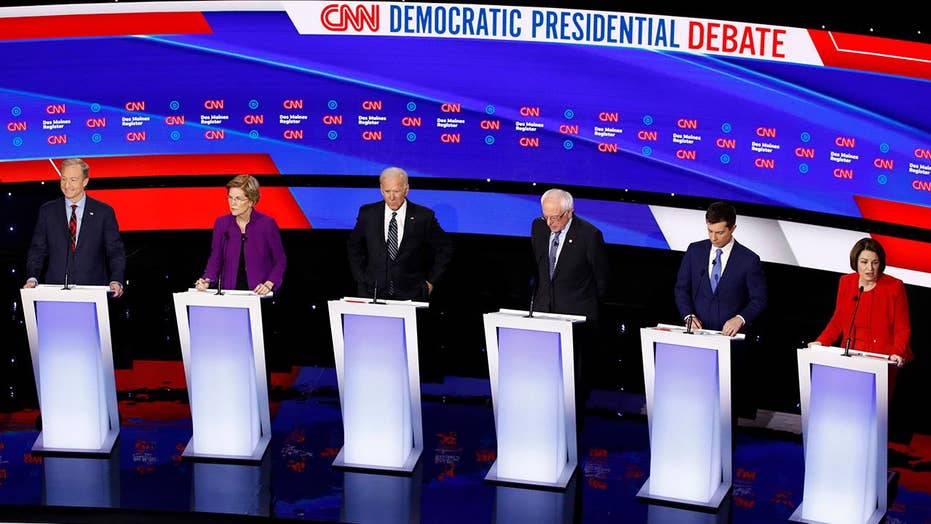 It took a while for me to understand the nagging feeling I got from the Democratic debate in Iowa Tuesday night. I kept grappling with my dissatisfaction and could not find the right words.

Then I saw a USA Today article that captured my response perfectly – and my feeling was reinforced, because it was articulated by a friend with whom I have worked on criminal justice reform, Van Jones.

Before noting that he wanted a Democrat in the White House, Jones told USA Today: “Democrats have to do better than what we saw tonight. There was nothing I saw tonight that would be able to take Donald Trump out."

The article went on to say that Jones “described the debate as ‘drudgery’ at a time when Democrats need to inspire voters.”

It was that sense of drudgery that had been lurking at the back of my mind – until Van articulated it.

One of the reasons Sen. Bernie Sanders, I-Vt., remains a major contender is that he actually believes what he says. He may be way too far to the left. His preference for Fidel Castro over John F. Kennedy may be jarring. His commitment to socialism may make him a nightmare for normal Democrats. But Bernie delivers – with enthusiasm and excitement – his formula for a better America through bigger (indeed gigantic) government.

Tom Steyer is proof that inside the anti-billionaire party there is plenty of room to buy your way on the stage past senators, governors and other traditional political leaders. He at least has a coherent message focused on impeaching Trump and treating global warming as a threat.

Not on stage was billionaire Michael Bloomberg, who is both richer than Steyer and served three terms as mayor of New York City. If he takes to the debate stage we will have no minorities and two billionaires seeking the nomination of the party of anti-billionaire diversity. You can’t make this stuff up.

However, you can tell things aren’t working when the big moment was Warren refusing to shake hands with Sanders over a disputed version of a private two-year-old conversation about whether a woman can be elected president.

Jones caught the agony of this experience for Democrats when he said: "I came away feeling worried for the Democratic Party … I felt like tonight was the night they were going to all put the fireworks out there, you're going to see the best of the best, and it just felt like a big bowl of cold oatmeal."

The one candidate who I thought rose above the banality and the predictability was Sen. Amy Klobuchar, D-Minn. She has a solid record of winning against Republicans. She has performed fully competent service in the Senate. She is a centrist whose record is solid and whose practical knowledge exceeds all the other candidates combined.

Unfortunately for Klobuchar, she has the Minnesotan trait of being understated and avoiding excessive emotion. If pure competence sincerity, and knowledge were the keys to being president, she would be formidable.

But several parallel Republicans from the 2016 race could tell her that excitement, originality, daring, and sheer energy are qualities that dominate when the public is assessing possible presidents.

Finally, none of this solves the deeper Democratic problem – that Sanders and Warren combined will likely have as many or more votes than Biden.

The Democrats are either going to nominate an unelectable hardcore left-winger, or they are going to nominate a moderate candidate who will be forced to accept a wildly left-wing platform (and vice presidential candidate) to avoid utter chaos at the convention in Milwaukee as the hard-left rebels.

Nothing Tuesday night even began to solve that problem.