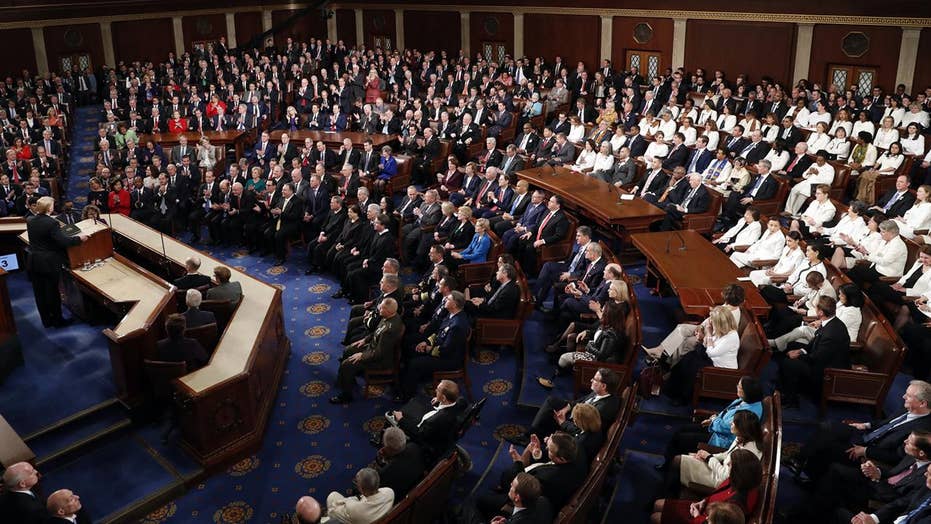 New Democrat members of Congress may look diverse, but their harmful ideas are not: op-ed

Most of the newly-elected Democrats are fighting for agendas that hold my community down in poverty, Rev. C.L. Bryant writes.

When I served as president of the NAACP branch in Garland, Texas in the 1980s, we believed in the dignity of work. We fought for equal treatment under the law, and quality education for our children. We called on society to judge our neighbors by the content of their character, not the color of their skin.

I watched with pride as President Donald Trump delivered the opening remarks of his State of the Union address to the most racially diverse U.S. Congress in history. This scene, I thought to myself, is one big, beautiful step toward achieving the dream of Dr. Martin Luther King Jr.

That pride was short-lived, as I realized most of these newly-elected Democrats are fighting for agendas that hold my community down in poverty.

When President Trump announced that African-American, Hispanic-American, and Asian-American poverty rates have reached their lowest recorded points in American history, we should have seen a standing ovation from this modern and diverse Democratic Party.

Instead, we saw outright disdain on their faces. Nobody clapped. The message wasn’t worth celebrating, because they didn’t like the political party of the messenger.

In that moment, I realized the 116th Congress is not diverse at all. The new generation of Democrats in power may look different, but their ideas are the same: big government, less freedom, and a message of entitlement and victimhood.

Our abolitionist forefathers died fighting for the freedom and self-empowerment of black Americans. They believed our rights come from God, not the government. They knew that with equal access to jobs and education, the black community would rise.

Now we find ourselves enslaved once again, this time voluntarily, to a culture of government dependency. Big-government policies have trapped us on a plantation of food stamps and welfare checks.

The modern Democratic Party needs black Americans’ lives to depend on the size of government. They want our votes, and our fear. They want us to believe that without them in power, what little we are given to make ends meet will be taken away. That we can’t thrive in this world on our own grit. That we need them to survive.

Sadly, Stacey Abrams, the first black woman to deliver a State of the Union response, perpetuated this damaging message of entitlement and victimhood in her remarks following the president’s speech.

She insisted hard-working families are being left behind, despite 5 million new jobs and the lowest unemployment rates in half a century. She ignored the 304,000 new jobs created in January (double what was expected), and instead painted a picture of federal employees waiting in food bank lines to get a “box of food and a sliver of hope” during a 35-day partial government shutdown.

According to Abrams, plants are closing, and layoffs are looming. More than 600,000 people with new manufacturing jobs would be surprised to hear this, especially Roy James, a black plant manager at the Vicksburg Forest Products lumber facility, which was saved from having to close its doors by provisions in the Tax Cuts and Jobs Act.

The reality is, Donald Trump’s economic policies have done more for the black community than Barack Obama’s ever did. Since President Trump took office, nearly 4 million people have left the food stamp program. Wages are rising. Unemployment for Americans without a high school diploma is at the lowest rate ever recorded.

Thanks to historic legislation like the First Step Act, black families suffering from an epidemic of mass incarceration are getting a second chance at life together. Their loved ones are getting a chance at redemption, to become productive members of society.

President Trump has loosened regulations on small businesses, empowering black business owners to keep their doors open and protect the livelihoods of their families and their employees.

Through entrepreneurship and empowerment, black America is rising to greatness. We are getting back to work. These achievements did not warrant applause from the Democrats on the House floor, or a single mention in Stacey Abrams’ rebuttal speech.

It was a painful reminder that the modern Democratic Party doesn’t want us to get woke, they want us to stay broke.

Rev. C.L. Bryant is a Senior Fellow with FreedomWorks.