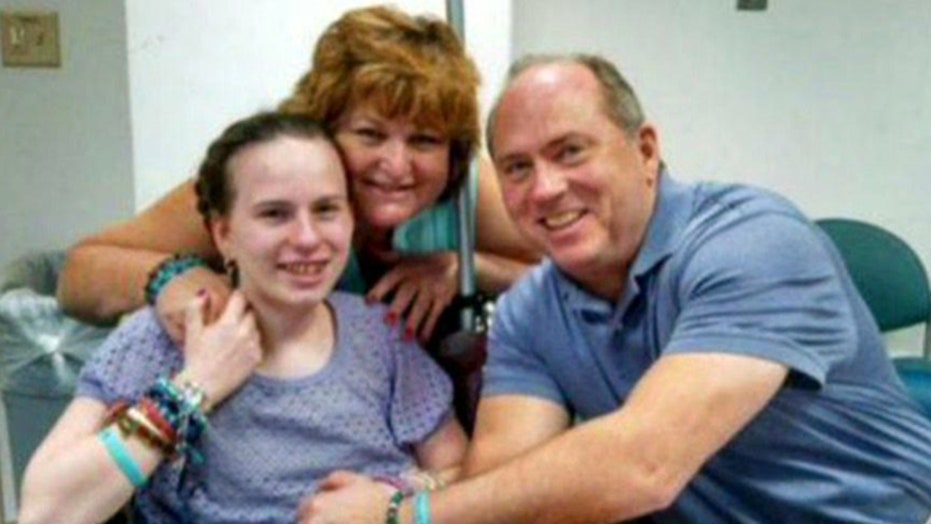 What's next in battle over care for Justina Pelletier?

In case you’ve ever wondered, when you take a psychiatrist to dinner (especially a forensic psychiatrist, like me), he doesn’t leave the office 100 percent. No well-trained psychiatrist can. The “third ear” we develop during training – the one that catches meaningful turns of phrase or attempts to be evasive – can’t be left at the office door entirely.

When I had dinner with Lou and Linda Pelletier and three of their four daughters, Jennifer, Jessica and Julia, a few nights ago in Massachusetts, I wasn’t trying to evaluate them. They aren’t my patients. But I was listening for discordant psychological notes, nonetheless – ones that might tell me I was sitting with people destructive enough to merit permanently losing custody of their teenage daughter Justina.

For anyone who hasn’t heard the story, the Pelletiers brought Justina to Boston Children’s Hospital early last year for a consultation related to complications from what they had been told was mitochondrial disease, a complex and controversial physical disorder diagnosed in Justina by doctors at New England Medical Center in Boston (and with which another of their daughters has also been diagnosed). Instead, the Pelletiers were told by a doctor who intervened in her consultation that Justina had no physical ailment, but was, instead, suffering from somatoform disorder – physical symptoms caused not by underlying bodily abnormalities but by underlying psychological issues.

The Pelletiers did not want to leave Justina at Children’s Hospital, but they were not allowed to take her home. She was seized by the hospital, which asserted the Pelletiers would not accept their daughter’s obvious psychiatric disorder and, therefore, clearly would impede needed treatment. Courts in Massachusetts have agreed, recently awarding permanent custody of Justina to the Massachusetts Department of Children and Families (DCF).

The inherent accusation by Children’s Hospital in all of this has to be that the Pelletiers are extremely toxic people, psychologically – enough either to cause their daughter to have very severe musculoskeletal, gastrointestinal and neurological problems, or to make them unfit to choose the proper course of treatment for their daughter’s mental illness, ever.

Now, on to my dinner with Lou and Linda Pelletier and their three other daughters. And keep in mind, this was not an evaluation. But I am a psychiatrist, and I don’t stop being one when the appetizers arrive.

First, I noticed that each person at the table spoke independently, and sometimes out of turn. Occasionally, one or the other would complain that someone else had interrupted, and that person would apologize and wait his or her turn. It was clear to me that Lou and Linda Pelletier had not deprived their children of all independence and autonomy.

Each member of the family ordered what he or she wanted, without asking Lou or Linda for permission and without any criticism or second-guessing.

Second, I noticed that the Pelletier daughters talked among themselves when Lou, Linda and I were discussing some matter more intently at the other end of the table. I don’t doubt the young women engage in plenty of infighting at times, but they clearly have regard for one another and show real warmth toward one another.

Third, I noted that one of the Pelletier daughters is a figure skater who has lived away from home for long periods of time to compete, another is attending college and the third (who has also been diagnosed with mitochondrial disease) works with her dad helping families with Medicare planning. The girls are pursuing and achieving things in their lives. Since Linda Pelletier was a figure skater (as was Justina, prior to her becoming a ward of the Commonwealth of Massachusetts), I wondered whether Linda had been a very powerful proponent of that sport. But hoping to recreate your athletic prowess in your daughters is pretty common, and hardly a reason to be deemed unable to parent one of them.

Fourth, I noticed that neither Lou Pelletier, nor Linda, nor any of the others at the table ever refused to answer one of my questions. They didn’t bring a lawyer to dinner, or a public relations representative, or a mental health professional who could make sure I didn’t delve too deeply in any direction. They just showed up. No ceremony. No cameras. No counsel. Nothing off limits.

Fifth, I noted that Lou Pelletier was open about the toll his interactions with Children’s Hospital have taken on him. He is a big man. He is a confident man. But he is not someone who cannot share his pain, nor someone who seems hostile to psychological reasoning. He was willing to tell me that his recent war with the hospital and the commonwealth have been financially, emotionally and professionally devastating for him. The same was true for Linda Pelletier, who wondered aloud, sincerely, without any detectable posturing, how this could be happening to her, her husband and her daughters when this is the United States, in 2014, and not her native Czechoslovakia, in 1938.

Sixth, I noted that neither Linda Pelletier nor Lou Pelletier nor the Pelletier daughters dismissed the impact of psychological factors on physical symptoms. Each allowed that unresolved, toxic psychological dynamics could, indeed, cause bodily symptoms. They further stated that, were that the case for Justina, they would welcome a treatment strategy with the promise to rid their daughter of her apparent muscle weakness, gastrointestinal symptoms and other challenges. But they don’t believe that explains Justina’s plight, partly because experts at New England Medical Center and other medical centers have told them it does not, and that Justina suffers with the bodily condition called mitochondrial disease.

Seventh, after dinner, the Pelletiers introduced me to their dog, a champion Shiba Inu named The Last Samurai, aka “Sammy.” The dog had been waiting for them in their car. They’d left the window open a crack. Shiba Inu dogs are known for their independence and indomitable nature. No kidding, you wouldn’t own a Shiba if you wanted a lap dog. Trust me, I know. I have a Shiba Inu named Poppy. Or, more accurately, Poppy has me.

Now, I know that one child and not others might manifest symptoms of toxic psychological forces in a family. And I know that since this is, indeed, the United States in 2014, many people would assume the sealed record of court proceedings involving the Pelletiers will eventually be revealed and will include verifiable allegations of horrific abuse of Justina. And I know that one dinner does not constitute anything like a complete window on the souls of five members of a family – especially one in the public eye.

Yet, I also know that a teenager has been taken from her family. I know that she was once a figure skater and has, since her time at Children’s Hospital, been photographed in a wheelchair. I know that she reportedly passed a note to her parents recently that accused the hospital of abusing her. And I am absolutely sure that if the medical records or other evidence cannot prove beyond a doubt that Linda and Lou Pelletier placed Justina in mortal danger by virtue of their psychopathology or willful negligence as parents, Children’s Hospital should be brought to its knees by paralyzing civil suits and criminal complaints, and the Commonwealth of Massachusetts should be exposed for what it may have become: a state that, under the determined leadership of Gov. Deval Patrick (who, by the way, threatened to jail anyone driving during a snowstorm this winter), teeters on the brink of abandoning all pretense of individual freedom.