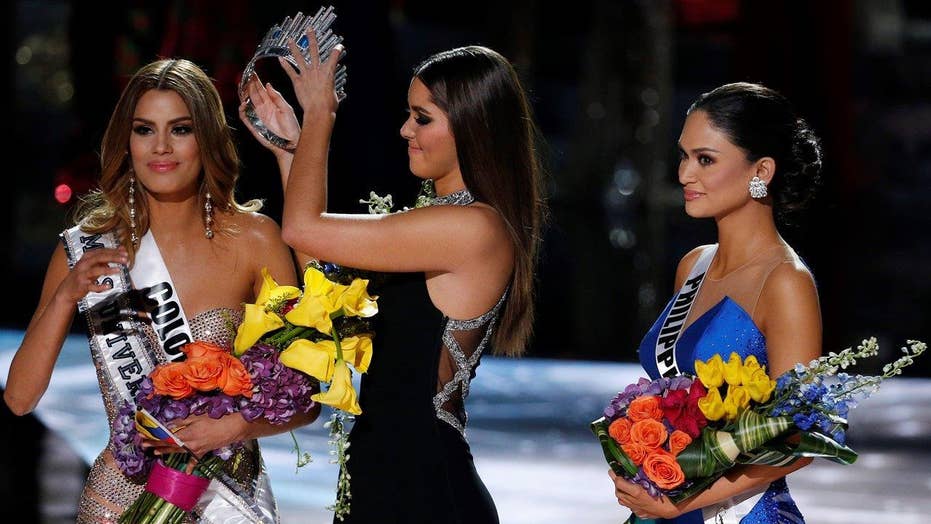 Many people have weighed in on the moment you were crowned Ms. Universe, then learned that you were actually the runner-up in the contest. They commiserate with you and imagine how devastated you must have been. They wonder how a person regains her footing after such a shock.

Here is the answer: Faith.

Listening to thousands of life stories during my twenty years as a psychiatrist has convinced me that life events are not as random as they may seem and that opportunities to triumph in the biggest ways often come disguised as defeats, even very painful ones.

The lens that allows one to see this fact is a long one, requiring a person to step back, settle her nerves and look for that special path meant for her—the one that requires not only bravery and ingenuity, but the conviction that human beings are connected to a force greater than themselves that rewards them for passing through the door of adversity with an intention to triumph and achieve good works.

Step back now and let’s prepare take a look through that lens of faith, together, for a few moments.

It’s OK if there are tears in your eyes. God lets determined people see through those.

It’s OK if you feel like you are an object of ridicule, even for stepping to the lens. God loves all those who are the brunt of jokes, who take bold steps, despite their pain.

Were you blinded where you stand, you might think of yourself as an unfortunate, as someone whose highest hopes were dashed, in an instant.

If you lived through grave disappointment or loss as a child, you might be vulnerable to never opening your eyes to look through the lens at all.  Then you might see only the darkness of those past traumas.

But if you allow yourself to be irrationally optimistic, to believe that every defeat holds the seed of a greater victory, that the human spirit is not only indomitable, but infinitely creative, then open your eyes and look through that lens with optimism—with faith—and you will see not only a path to recover, but a meaningful path to be greater than ever.

Now, look. Do you see? Two days ago you were a contestant in a beauty pageant.

But because you were crowned and then named the runner-up, you now have the notoriety to be widely known as more than beautiful; you can be a symbol and messenger of grace under pressure, of those whose hopes are suddenly dashed, but go on to hope, again. What will you do with that opportunity, that gift?

What if you were to decide, today, to write a book about 50 people who lost something they had strived to build, unexpectedly, then went on to build something even bigger?

What if that was the first project of your reign as Miss Faith, 2016?

What if you were to start a foundation or a fund to rekindle dreams that seemed dashed, but were really just in waiting to be transmuted into something grander? Maybe the foundation would back actors whose decimated careers might, otherwise, never be reclaimed. Maybe the fund would back “failed” businesses worthy of a second shot, but requiring a second look, through the lens of optimism.

What if you now allow yourself to believe that God was testing you and had a grand path in mind for you?

Why else would you now be famous? Just being the runner-up in Miss Universe, without being crowned and then dethroned, would never have achieved that.

What were the chances of such a mix-up happening? One in a billion?  Do you really believe it was a random event? An event without meaning?

I promise you: All events have meaning. All people have destiny.

I promise you that yours is greater today than it was two days ago. But, ultimately, you have to believe me, which requires believing in your self, which is code for believing in God.