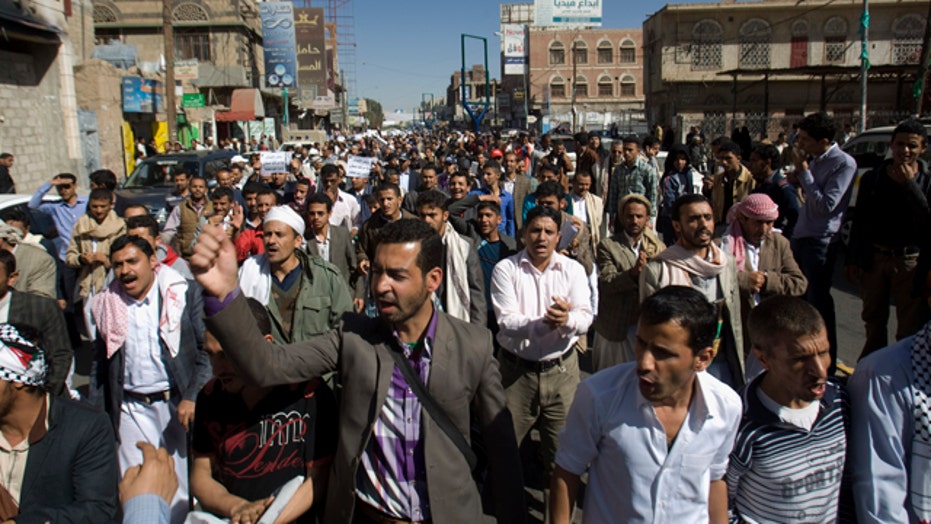 How big a threat does the situation in Yemen pose to US?

The international community is starting to realize the seriousness of the political chaos in Yemen, which has expanded Iranian influence in the region, bolstered Al Qaeda and could lead to the secession of the southern part of the country. This situation may also result in a political realignment that puts the family of the former autocratic president, Ali Abdullah Saleh, back in power in an alliance with the Iranian-backed Houthis, a Shiite insurgent group in northern Yemen that forced President Abed Rabbo Mansour Hadi and his cabinet to resign last week.

The political deterioration in Yemen might have been prevented if the United States had fully backed Hadi and not gone along with a transition plan that removed Saleh from power in 2012 but did not force him from Yemen’s political scene.

Saleh used his influence to undermine the Hadi government through army units and tribes loyal to him. While Hadi closely cooperated with U.S. counterterror operations against Al Qaeda, the Obama administration did nothing to prop him up. Unaware of the how fragile the Hadi government was, the Obama administration as recently as last September claimed Yemen was a success story for U.S. Middle East policy.

On Sept. 10, President Obama said in a speech, “This strategy of taking out terrorists who threaten us, while supporting partners on the front lines, is one that we have successfully pursued in Yemen and Somalia for years.” Two weeks later, the United States recommended U.S. citizens leave Yemen after Houthi rebels occupied Sanaa, the capital, and Al Qaeda fired a rocket at the U.S. embassy.

Massive Arab Spring protests in 2011 led to Saleh’s resignation in February 2012 after more than 33 years in power. Having been granted immunity from prosecution in a deal that handed power to Hadi, Saleh’s main objective since he left office reportedly has been to propel his son, Ahmed Ali Saleh, to the Yemeni presidency.

Even though his government persecuted the Houthis and they were part of the Arab Spring demonstrations that drove him from office, Saleh struck an alliance with Houthi leaders that allowed them to occupy Sanaa last September. Because of recent demonstrations in Sanaa by its Sunni majority against the resignation of the Hadi government and the occupation of the city by the Shiite Houthis, Houthi leaders may be considering restoring the corrupt Saleh family to power or installing a Saleh family ally. According to Yemeni law, Parliament Speaker Yahia al-Rai, a close ally of Saleh, is next in line to assume the presidency.

The return of the Saleh family to power would be a step backward for Yemen and could pose significant security implications for the region and the United States. If the Saleh family or a Saleh ally assumes the presidency, the new government probably would abandon Hadi’s power-sharing and political reform efforts, most of which were opposed by the Houthis. Such a transition would bring back the corruption and probably the oppression of the Saleh regime.

A new Yemeni government, whether it is headed by the Saleh family or not, will be controlled by the Iran-backed Houthis. This deeply worries the Saudis, who regard the Houthis as an Iranian proxy and last year declared them a terrorist organization. Although the U.S. might be able to buy off a new Yemeni government to get it to continue to participate in counterterrorism efforts, the Iran angle, the Houthis’ hatred of the United States and Saleh’s possible anger over being removed from power could make this difficult to achieve.

Meanwhile, Al Qaeda in the Arabian Peninsula (AQAP), the world’s most dangerous Al Qaeda franchise, and the separatist Southern Movement, which wants southern Yemen to secede, are poised to exploit Yemen’s political chaos and may be collaborating. AQAP has tried to take advantage of the chaos of the last few months by staging suicide attacks in Sanaa.

Further complicating this situation, ISIS reportedly has entered the scene in Yemen and is competing with AQAP for recruits. Saudi leaders also are worried about Islah, a growing Muslim Brotherhood party in Yemen.

Although the Houthis are enemies of the Southern Movement and AQAP, they are looking for autonomy for their area in the north and probably have no plans to invade the south to battle these groups. This could lead to the secession of parts of southern Yemen (which had been a separate state until 1990) and a stronger, more consolidated AQAP.

Since the Houthis appear to be allied with Iran against the United States and Saudi Arabia, it will be difficult for America to influence the situation in Yemen.

The Obama administration needs to work with regional states, Europe and the United Nations to come up with a comprehensive strategy to promote stability, power sharing among regional groups and a new constitution in Yemen. Though there are currently many unknowns as to how the political crisis there will play out, given the country’s reliance on Saudi financial aid to run the government — aid that Riyadh cut off in December — and the Houthis’ hostility toward AQAP, an agreement between the international community and the Houthis to implement such a strategy may eventually be possible.

But even if such an agreement is reached, Iran’s increased influence in Yemen through the Houthis is unlikely to be reversed and will pose new security concerns for Saudi Arabia, the United States and the region.