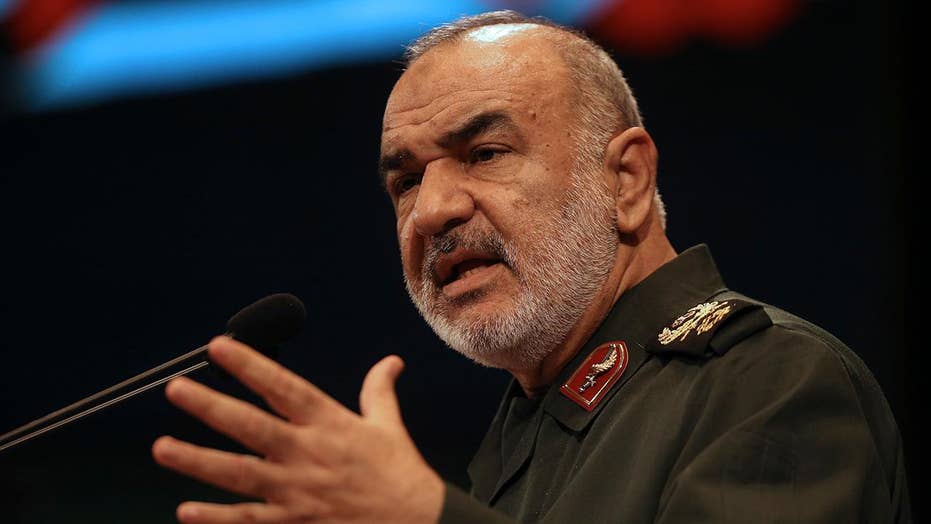 How will Iran respond after being hit with new US sanctions?

The risk of war with Iran is now clearly imminent. An American president has reportedly ordered attacks on Iran — which could trigger massive escalation — only to walk them back. This intensifying confrontation has been compared to the path to war with Iraq in 2002-2003, with ultimatums, demands for essential changes in behavior, and regional military posturing.

But there is a much more profound message the two cases send about American democracy today: The process of national deliberation for "wars of choice" is fatally flawed.

On the surface, the road to war with Iraq seemed to reflect intense debate: Eighteen months of public discussion, a congressional resolution, United Nations sessions, presidential speeches. But this apparent activity hid ruinous limitations in the scope and rigor of the national dialogue.

JOHN BIRD: IN LIGHT OF IRANIAN AGGRESSION, THE US NAVY MUST GROW IN SIZE AND CAPABILITY

Inside government, the debate over war was narrow and incomplete. I spent a decade researching the process, and my interviews confirmed a stunning fact: The Bush administration never convened a single Cabinet session to discuss whether going to war was actually a good idea.

America’s vast power, and the weakness of most of its enemies, has allowed it to get away with a striking absence of deliberative judgment when deciding on war. But that free pass is coming to an end.

Hundreds of meetings dealt with the minutiae of implementing a war. But senior officials never confronted the biggest questions — to what degree the war was justified, what its likely costs would be. They were carried forward by a potent, and ultimately tragic, combination of certainty, false assumptions, messianic fervor, and in some cases a crushing sense of resignation.

Judgments that in retrospect seem ludicrous, like the idea that the U.S. could easily turn the country over to a crowd of hand-selected Iraqi exiles, escaped careful analysis. Dissenting views were brushed aside and seldom brought to the attention of senior officials.

In a democracy, of course, checks and balances outside the executive branch are supposed to guard against defective decision making. But the Iraq case makes clear that the public component of the deliberation for war is now largely inoperative. The public debate over Iraq was even less substantive than the one inside the administration.

Almost no in-depth analyses examined the potential character, costs or risks of an Iraq invasion. The media did little deep investigative work to challenge the goals and assumptions of the proposed war, assess how it was likely to unfold, or reveal the state of planning. Few members of Congress asked tough questions; hearings were mostly perfunctory. The result was more like an onrushing tidal wave than a process of informed judgment.

As a result, by the time of the invasion in March 2003, the American public and most of their elected representatives were largely ignorant of the commitment they had bought into. The country had thrown itself into an elective war that just about no one understood.

If this history seems incomprehensible now, ask yourself: If the United States did tumble into war with Iran next week, or next month, what would it look like? What sort of war would it be?

The apparent absence of deliberation about a possible war with Iran, either inside government or in the public realm, looks ominously familiar. Few people could begin to answer basic questions about a prospective conflict. What would be the U.S. objective? Can military force achieve the desired goals? How would Iran likely react? How long might a war last, and what would it cost? Would China or Russia get involved, and if so how?

It is difficult to identify anyone who today is even asking these questions. Without persuasive answers, any choice for war will be nothing more than a leap in the dark. When the United States chooses war—when it decides to begin or enter a conflict even when the U.S. or its allies have not been attacked—it now often does so without anything close to a serious process of national deliberation.

In one sense, this situation is nothing new. The U.S. tumbled into 19th century wars of choice with Mexico and Spain under the influence of similar factors. It did so again in Vietnam, Iraq and Libya. The causes of these unreflective plunges into war are perennial: A national sense of exceptionalism fuels messianic adventures; an "imperial presidency" has commandeered the war-making power; threats that seem urgent justify a knee-jerk response.

While the habit may not be new, its potential stakes are greater than ever.

During the Cold War and its aftermath, the U.S. considered war mainly against what were sometimes called the global "junior varsity" — either Soviet or Chinese proxies (like North Korea) or second-tier powers (like Iraq). Today, amid accelerating rivalries with Russia and China, conflict could quickly draw in nuclear-armed great powers. In an era of bellicose nationalism, the dangers of fierce responses to a U.S. use of force — and wars that cascade into regional conflagrations — have become very great.

Even wars against secondary powers could now be devastating. North Korea has dozens of nuclear weapons; Iran has a powerful military and influence over groups that could plunge the Middle East into chaos.

The financial costs of military adventures have also become inexcusable. Given urgent ecological priorities and the need to invest in economic fairness at home, among a wide range of other potential policy priorities, the U.S. can no longer shrug off trillions of dollars poured into unnecessary and fruitless conflicts.

It is time for the United States to reconsider the way it decides on wars of choice. Possible options range from more muscular offices within the executive branch to confront presidents and cabinets with truly tough assessments of prospective wars to more decisive congressional assertion of its war-making powers.  As a starting point, the media could better fulfill its obligation to the nation and undertake rigorous investigative analyses of potential wars. The lack of more extensive coverage of a possible war with Iran — beyond simple accounts of actions and reactions — is simply astonishing.

America’s vast power, and the weakness of most of its enemies, has allowed it to get away with a striking absence of deliberative judgment when deciding on war. But that free pass is coming to an end. It is time to rethink how America makes the decision to embrace wars of choice — before it is too late.

Michael J. Mazarr is a senior political scientist at the nonprofit, nonpartisan RAND Corporation and author of "Leap of Faith," a new book about the decision to invade Iraq.