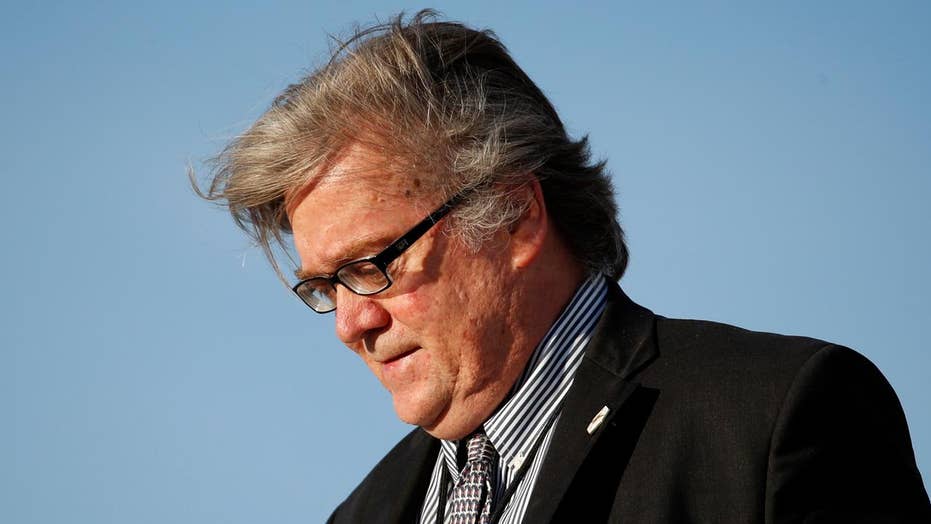 My question was short and simple: Do you still have confidence in Steve Bannon?

As the political world knows, Trump declined to say yes to my question, creating a clear impression that his chief strategist is on thin ice. The “under the bus” notion surged on social media.

The prospect of Bannon’s departure from the White House immediately set off frenzied reactions on two fronts. Anger and five-alarm fire bells broke out in much of Trump Nation, while celebrations took place on Wall Street and in congress.

The polarized response captures the outsized way Bannon is seen by both friend and foe. Loved and hated passionately, he is in some ways more Trump than Trump. That’s his appeal and his Achilles Heel.