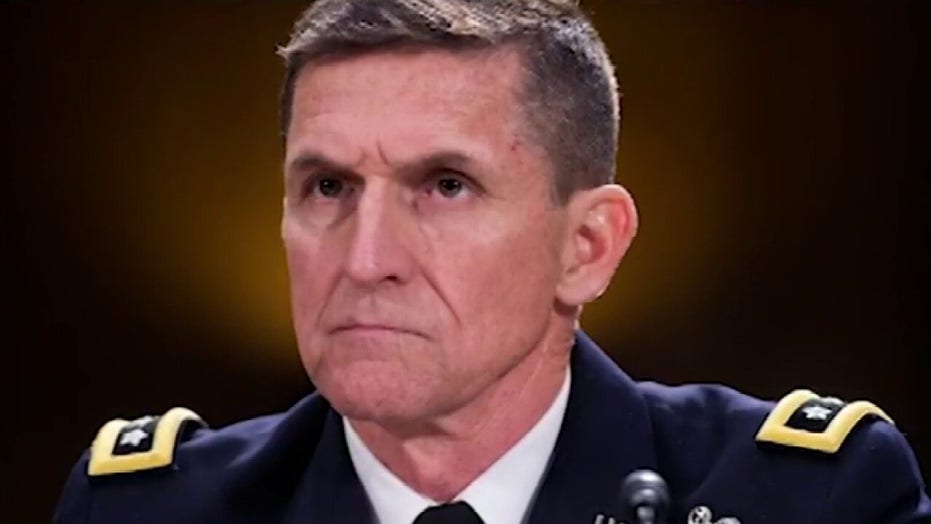 It’s a sure sign of desperation whenever lawyers try to raise President Richard Milhous Nixon from the dead.

And so it is that a group of former Watergate special prosecutors this week resurrected the Ghost of Watergate Past in a last-ditch effort to keep alive the federal court case against former National Security Adviser Michael Flynn.

The gang, adopting the sobriquet “Watergate Prosecutors,” asked permission from U.S. District Judge Emmet Sullivan to allow them to intervene in the Flynn case so they can – to put it bluntly – tell his honor how to think and what to do.

The judge issued an order Tuesday indicating he will soon accept “amicus curiae” (“friend of the court”) submissions in the case.

But in trial court proceedings involving crimes, only prosecutors and defense attorneys are permitted to be heard. Judges are supposed to render decisions based on evidence and arguments presented by the parties involved, not outside interests.

The prosecution of Flynn, a retired Army lieutenant general, has been on life-support since the Justice Department belatedly moved last week to dismiss charges against him. He was accused of making false statements to the FBI during an interview that was nothing more than a devious perjury trap designed to “get Flynn to lie.” The FBI was creating a crime, not investigating one.

The former Watergate prosecutors now want to meddle in the Flynn proceedings like uninvited house guests. In a court filing, they compare Barr’s decision to drop the Flynn charge to “the Watergate scandal” and Nixon’s infamous “Saturday Night Massacre.” The analogy is as tortured as the late President Nixon’s soul.

Reading their “Statement of Interest” is a nauseating exercise in the hubris of war stories retold by old warriors prone to embellish. The former Watergate prosecutors imagine themselves as heroes who single-handedly salvaged democracy from the clutches of the demented Nixon. On that basis, they argue to the court, they are back to save the day.

I’m reminded of what Butch kept asking Sundance: “Who are those guys?” Good question.

These individuals are hyper-partisans who despise Trump, but have convinced themselves that since they helped drive the demon Nixon from office 45 years ago they should now be given exalted status as super Trump-slayers.

The first name that pops out is Nick Akerman. He can be found on page 269 of my book “Witch Hunt: The Story of the Greatest Mass Delusion in American Political History.” He is one of the many media flamethrowers who constantly accused (without evidence) President Trump and his presidential campaign of colluding with Russia.

At one point on MSNBC (July 11, 2017), Akerman said the following about Donald Trump Jr. and his conversation with a Russian lawyer at Trump Tower: “There’s outright treason. I mean, there is no question that what he’s doing is giving aid and comfort to the enemy.”

Forget that Akerman’s hyperbolic claim of treason had no remote application or support in the law. The president’s son was never charged with any offense because Special Counsel Mueller found no agreement or conspiracy to do anything illegal. But don’t let facts get in the way of a good story, Nick.

Another former Watergate prosecutor is Jill Wine-Banks, an MSNBC legal analyst who has a propensity to channel Nixon’s ghost at every turn. Earlier this year, she told Salon that “Trump is more dangerous than Nixon” and should be criminally indicted. On MSNBC, she declared that Trump is more of an “existential threat to democracy than Nixon.”

Richard Ben-Veniste is also a Watergate alum who has carved out a late career as an inveterate Trump thumper. In a column for The Atlantic in 2017, he drew innumerable parallels between Nixon and Trump.

In the same publication the next year, Ben-Veniste accused Trump of going the “full Nixon on Mueller.” One gets the distinct impression that Ben-Veniste’s Trump-Nixon obsession belongs on a psychiatrist’s couch.

The 16 former Watergate prosecutors who are now determined to insert themselves into the Flynn case just happen to be the same lawyers (minus one) who penned a joint op-ed in the Washington Post on October 10, 2019 headlined “We investigated the Watergate scandal. We believe Trump should be impeached.” Of course, we know how that turned out.

But the point is this: these individuals are hyper-partisans who despise Trump, but have convinced themselves that since they helped drive the demon Nixon from office 45 years ago they should now be given exalted status as super Trump-slayers.

This kind of prejudicial interference from outside forces has no place in a court of law. It makes a mockery of both fairness and impartiality.

Sadly, Judge Sullivan appears to have taken leave of his senses and decided to entertain the notion of allowing the former Watergate prosecutors to usurp the role of federal prosecutors. This resulted in his order Tuesday indicating he would permit “individuals and organizations” to file “amicus curiae” submissions.

Hours later, Flynn’s lawyer, Sidney Powell, filed a well-reasoned opposition argument that courts are not a forum for special interests. “The ‘Watergate Prosecutors’ have no special role and no authority whatsoever to insert themselves in this litigation on behalf of anyone,” she wrote.

Powell also pointed out that Sullivan rejected 24 previous attempts by parties to intervene in the Flynn case. In one of his prior refusals, the judge made this declarative statement: “The Federal Rules of Criminal Procedure do not provide for intervention by third parties in criminal cases. Options exist for a private citizen to express his views about matters of public interest, but the Court’s docket is not an available option.”

What has changed? Nothing. But Sullivan’s ruling may be a reflection of his own abiding prejudice. In a hearing last year, he all but accused Flynn of treason, only to retract his words after a recess. He seems to have a feeble grasp of the facts in this important case.

The former Watergate prosecutors should be denied the opportunity to pursue their biased agenda in a court of law. Flynn has been victimized enough by corrupt and dishonest government officials.

Let these former prosecutors resurrect the ghost of Richard Nixon in a more-friendly forum: the Trump-hating media. These media organizations are sure to roll out the welcome mat.