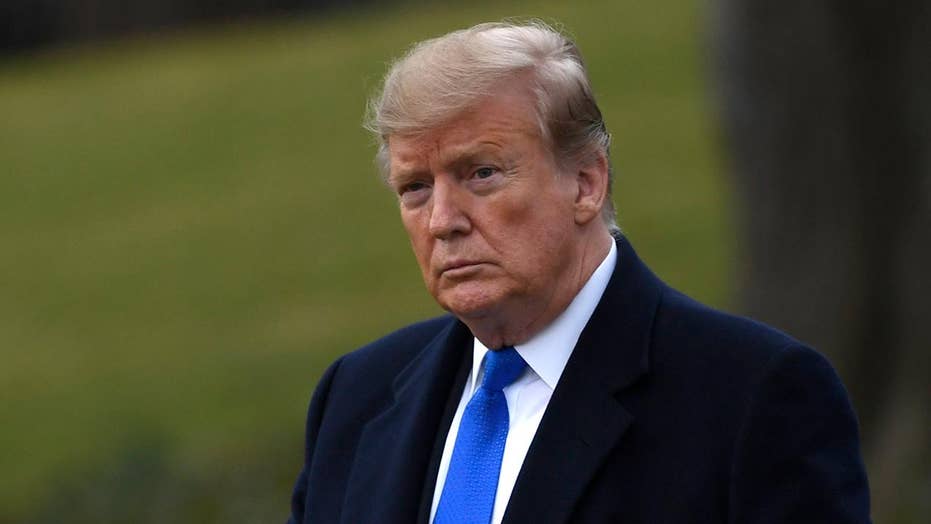 North Carolina Republican Rep. Mark Meadows weighs in on the decision by president trump to declare a national emergency.

The past week was all about emergencies and which one the media considered important enough to cover. Journalists paid far too little attention when CBS reported that the Deep State had attempted to overthrow President Trump. But they sure delivered fireworks when Trump tried to secure the border.

News outlets called Trump’s border emergency “an unprecedented move,” despite the fact that 58 national emergencies had been declared since the Carter administration. “CBS This Morning” co-host Bianna Golodryga warned the move, “could test our 230-year-old system of checks and balances in government.” NBC Political Director Chuck Todd described the president as “the most defeated you’ll see him,” after a White House news conference.

CNN came at the plan from the hard left, as usual. Chief White House Correspondent Jim Acosta said: “Trump can’t answer the question about how he is making stuff up about what’s happening at the border.” He also said the president was facing legal challenges whether or not he could “go around the Constitution.”

Anchor Don Lemon claimed Trump was trying “to blatantly attempt to stir up fear of people of color, of brown people.” Then he ridiculously noted that no one is talking about building a wall “along our northern border, the border with Canada.” He left out that there are no Third World nations with poverty-stricken populations north of the U.S. There are several to the south and 3 million refugees fleeing Venezuelan socialism.

Trump’s responded by calling on the “angel moms,” who have gotten so little attention from Acosta’s network. “You think I’m creating something? Ask these incredible women who lost their daughters and their sons,” Trump said, before calling out CNN as “fake news.”

After the press conference, angel mom Agnes Gibboney confronted Acosta, who told her that Trump’s view of immigration “tends to talk about it in ways that demonize immigrants and that just don't stick to the facts.”

Gibboney gave him a response he wasn’t ready for: “I'm a legal immigrant. My family came through the right channels and this is my only son, Ronald Da Silva, who was murdered by a previously deported illegal alien. We need to secure our borders to protect American citizens. President Trump is completely correct on this issue. We need to protect this country.”

Trump’s move also clarified an issue that has been much downplayed in the media – Democratic support for open borders. Two Democratic presidential hopefuls – Sen. Kirsten Gillibrand of New York and former Rep. Beto O’Rourke of Texas – both called for tearing down the wall. O’Rourke said “absolutely” when asked about it.

2. The Bigger Crisis: Liberals have spent two years warning about the threat to democracy that the Trump administration represents. What they didn’t say was that the threat came from the Deep State trying to remove the president.

Former Acting FBI Director Andrew McCabe revealed during a “60 Minutes” interview that members of the government had considered overturning the election and removing Trump with use of the Constitution’s 25th Amendment. CBS called his comments “extraordinary revelations.”

Correspondent Scott Pelley told viewers about “the eight days in May” and how plotters were “counting noses” about who in the Cabinet would vote their way. It’s almost impossible not to recall that the book and movie “Seven Days In May” involved a similar plot to unseat a president – in that case by military coup.

The comments astonished the administration. White House press secretary Sarah Sanders blasted McCabe, saying he “was fired in total disgrace from the FBI because he lied to investigators on multiple occasions, including under oath.”

It didn’t take long for the plotters to freak out about the revelations. McCabe quickly backed off his own allegations, claiming through a spokeswoman that what he said had been “taken out of context and misrepresented,” according to The Hill.

The Daily Beast reported that Deputy Attorney General Rod Rosenstein denied the charges, too. Through a spokesperson, he called the “recitation of events as inaccurate and factually incorrect.”

So much for the media denying the existence of the Deep State.

3. Major Media Wrong Again: Nothing says “don’t sue us” like putting a story on the front page amidst major lawsuit threats. That was The Washington Post’s reaction to a new report clearing the Covington Catholic High School students of any wrongdoing in the recent incident.

Here’s the Post’s headline: “Report finds ‘no evidence’ of racist talk by students.” It was an incredible story that more fairly told the story of students harassed first in person and then online. Of course the broadcast networks ignored the whole thing that evening.

But don’t give the Post too much credit. It ran an entire opinion piece complaining about one Covington boy’s “smirk.” The same paper ran an attack on the kids a week after the incident – long after more complete videos showed their innocence.

Fashion Critic Robin Givhan described the iconic red MAGA hat that some of the boys wore in such a way that “pits neighbors against each other, causes classroom altercations, sparks both rage and fear.”

So, sure, the Post front-paged the story. But that won’t ever compensate these boys for the harassment they received at the hands of the journalistic mob.

4. AOC Isn’t AOK, Again: Rep. Alexandria Ocasio-Cortez is making waves and making news in Washington and her home state of New York. First she released her leftist “Green New Deal” along with an added memo showing just how extreme it was. This past week she helped sabotage Amazon moving to New York … along with over 25,000 new jobs.

Ocasio-Cortez has been a media darling since her primary – the kinder, gentler face of socialism. The fact-checky press downplayed or hid the disastrous rollout of her plan. ABC actually defended it on “The View.”

The New York Times was nearly as bad: “Lawmaker’s Staff Flubs Green New Deal Plan, and G.O.P. Pounces.” Remember, pounces is the new way the press tries to undercut when the right is right.

The Post did its part of covering for and covering up the Green New Deal disaster. The paper rationalized her mistakes because they had been “walked back completely.”

Will the media ever learn? Probably not.