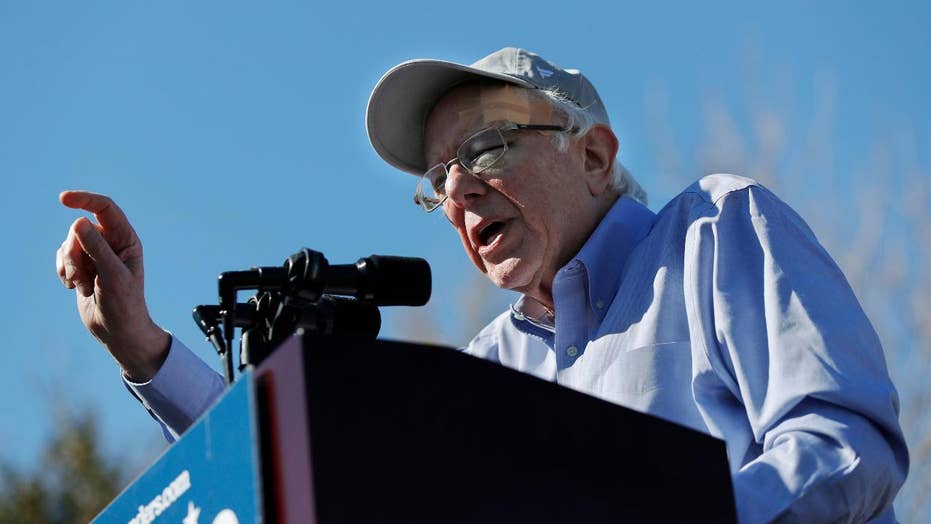 5 reasons Bernie Sanders could be the next Democratic presidential nominee

Sen. Bernie Sanders, I-Vt., is the favorite to win the Democratic presidential nomination.

Take a deep breath and say it with me once more.  If the Democratic primaries started today, Bernie Sanders would be the nominee.

Instead, let’s do a mental exercise. Close your eyes and see if this sounds familiar: A septuagenarian holding massive rallies, raising huge sums of money, and attracting a sizable chunk of the primary electorate.

The public snickers behind his back while his opponents ingratiate themselves to his supporters and jockey to be the ones who will benefit from his inevitable downfall.

All the while, those on the outside — with notable exceptions — treat them like a curiosity who will eventually fade.

Ladies and gentlemen, I’ve seen this movie before.

In 2016, I worked for Jeb Bush’s presidential campaign and saw the Republican primary up close.

I can tell you the rest of the Democratic field is making the same mistakes many 2016 GOP candidates did. They’re campaigning against each other, working to consolidate lanes, and hoping for the best.

Well, I’ve lived it. And let me tell you that the only thing that plan will do is ensure the 2020 Democratic primary turns out like the political equivalent of Quentin Tarantino’s "Reservoir Dogs."

In case you haven’t seen the movie, it culminates with a group of jewel thieves who grow distrustful of each other and end up in a "Mexican standoff." Everyone ends up dead, save for Mr. Pink, who calmly takes the diamonds and walks away.

The similarities between Trump 2016 and Sanders 2020 are striking, but Sanders has an Achilles heel that Trump does not.

There is a playbook for taking down a candidate. A key component of that playbook is opposition research. When a candidate is a threat, you deploy the reams of research the campaign has collected and go to town.

I was in charge of deploying that research for Jeb’s campaign. And no matter what I pitched or what damning stories ran, Trump’s numbers didn’t just stay the same. They grew.

Much like Trump, opposition research doesn’t seem to hurt Sanders. Take it from me, that’s a huge problem for his opponents.

However, there’s one key difference.

Unlike Trump, Sanders is not a fighter. He’s not going to make up a catchy nickname for Beto O’Rourke or say Amy Klobuchar was born in Canada. He wants to stay positive and not engage with other candidates.

This is a far cry from 2016, when most Republican candidates were afraid to end up in Trump’s crosshairs. If they punched him, he’d punch back 10 times harder.

Therefore, Democrats need to go after Sanders and go after him hard.

It needs to be broader than just policy. Frankly, they need to make it personal.

Is the best contrast for Democrats against Donald Trump really a 77-year-old white guy from Vermont?

In a field of youth and diversity, Democrats need to acknowledge Sanders' influence on the party, thank him for his service, and tell him to get the hell out of the way.

In other words, every candidate should aggressively make the case that Sanders' time has passed and that their nominee should reflect the party.

If the party can’t recognize this and correct it, Democrats better get ready to see the balloons fall on Bernie next year in Milwaukee.

Democrats, history may be repeating itself. It’s time to wake up and recognize it.

Matt Gorman was most recently the communications director for the National Republican Congressional Committee (NRCC). He also served as the rapid response director and national spokesman for former Florida Governor Jeb Bush’s 2016 campaign, as well as an aide on Mitt Romney’s 2012 presidential campaign.