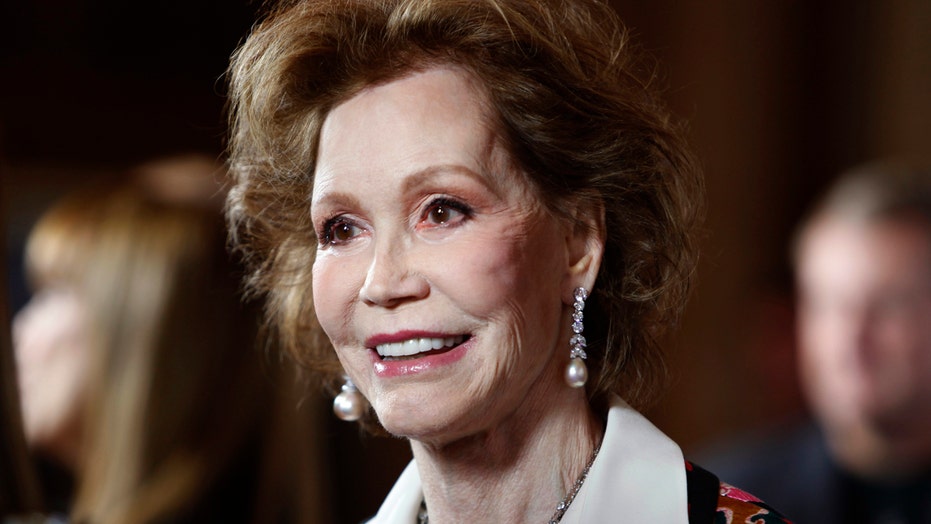 Legendary actress dead at age of 80

A lot is being said this week, and rightly so, about how Mary Tyler Moore changed the way women were portrayed on American television.

She did a lot of admirable work in her long career, but it was "The Mary Tyler Moore Show" that is her most influential legacy. She not only starred as one of the most memorable characters in the history of TV comedy, but she also co-founded the company that produced the show.

MTM Enterprises would go on, with series like "Hill Street Blues," to introduce new and serious artistic ambitions to a medium previously known for its talking horses and flying nuns.

So what was so important about Mary Richards, the woman Ms. Moore embodied on "The Mary Tyler Moore Show" from 1970 to 1977?  The norm for female characters in the early decades of television was in the role of “housewife” on shows like "Father Knows Best," "Leave it to Beaver," and "The Donna Reed Show."  But there was a smattering of mature single women, even in the time before Mary Richards.

In the 1950s, the leading character in "Our Miss Brooks" was an outspoken and confident high school English teacher.  On "The Lucy Show," in the 1960s, Lucy, a widow, worked in a bank and lived with her divorced best friend.  The principal goal of Miss Brooks, however, was to snag a marriage proposal from the dreamy but clueless biology teacher, and the hunt for husbands was also on the top of the agenda of both Lucy and Vivian.

"That Girl," which debuted in 1966, seemed at the time to be a groundbreaking series about an “independent woman.”  It featured Marlo Thomas as Ann Marie, an aspiring actress who’d left her suburban home to try to make it in the big city.  But still—whenever she got into a jam, she always looked for help from not one, but two men: her father (whom she called “Daddy”) and her fiancé.

"That Girl" was still on the air when "The Mary Tyler Moore Show"debuted in 1970, and suddenly the show didn’t seem so groundbreaking and Ann Marie didn’t seem so independent.  Mary Richards had a father, but he played very little role in the show.  She went on dates with men, but had no steady boyfriend.

In fact, romance and matrimony seemed to be low on her list of priorities.  The traditional husband-seeking gags fell to Rhoda, her upstairs neighbor.  Mary was focused on her career, which she pursued with competence and dedication, and her colleagues at the local TV news show where she worked became her surrogate family.

In the very last scene of the very last episode, she turns out the lights in the newsroom from which she and all but one of her colleagues have been fired.  There is no wedding, she wears no engagement ring.  She closes the door of the studio, but opens the door for "Murphy Brown," "Ellen," and a whole new kind of programming that Miss Brooks and Ann Marie couldn’t have imagined.

"The Mary Tyler Moore Show" was not by any means a radical statement.  What it presented was understated, a kind of attenuated feminism. Mary Richards always deferred to her boss, whom she addressed as “Mr. Grant,” and she seldom ever tried to rock the boat. Even in the images that play during the opening theme song, Mary is often seen to be yielding and overly courteous: she lets everyone exit an elevator before she does, she submissively crouches down during an interview to accommodate the needs of the cameraman and other reporters, she solicitously adjusts her colleague’s hat after accidently crushing it in a hug, and she politely bows to a school crossing guard.

Early in the run of the show, Helen Reddy recorded “I Am Woman (Hear Me Roar),” which became a cultural anthem of the time.  Mary Richards was more likely to mew than to roar (which is exactly what that cat on the MTM logo did at the end of every episode of every show), but that shouldn’t diminish the importance of the subtle performances that Mary Tyler Moore delivered for seven seasons.

In spite of the deference Mary Richards shows in the opening theme song, in the last, and most memorable seconds, she does something uncharacteristically bold. Right there, in the middle of a crowded city street, she twirls about and tosses her hat into the air while a sour-faced older woman in a fur collar looks on disapprovingly.

It was truly a moment of physical and emotional joy and empowerment, a symbol of a woman liberated.

Robert Thompson is founding director of the Bleier Center for Television and Popular Culture at Syracuse University and a trustee professor.