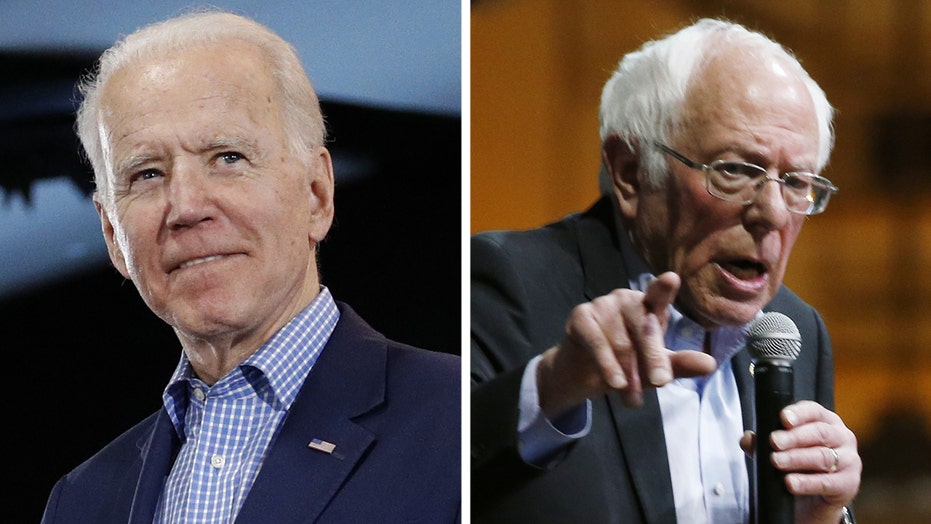 What a year this week has been.

So, what did we learn about the Democratic nomination on Super Tuesday? Anything can happen – and it will.

Last week I wrote, “The fact is Joe Biden’s firewall has to become spontaneous combustion across 14 states to even stay close on Super Tuesday.”

That is the only explanation for where Biden finds himself today. In a win like no other, Biden won 10 of 14 states without money, organization, TV ads or even a campaign appearance in some cases. He now leads the race for the Democratic nomination with 664 delegates to Bernie Sanders’ 573 – a 91-delegate advantage. At this same point in 2016, Hillary Clinton had up a 53-delegate lead over Sanders on her way to the nomination.

Biden’s warp-speed journey from Code Red to redemption has put him in the position to win the Democratic nomination … in the span of 12 days. I have expressed serious reservations about Biden’s ability as a candidate and his chance to become the nominee. That hasn’t changed. But, looking at the map and the math, it is undeniable that Biden could do just that very soon.

The Super Tuesday contests that propelled Biden to victory were part Obama coalition, which won the White House twice, and part 2018 coalition, which won the House for Democrats. The Obama coalition was fueled by African-American and white college-educated voters. The 2018 coalition retained those voters and added women, as well as moderate and conservative voters. The latter is the most interesting and a potential threat to Trump in the general election.

On Super Tuesday, in Virginia, moderate and conservative voters casting ballots rose by 15 percent, a state that broke its 2008 presidential primary turnout record with Obama on the ballot. In Massachusetts, there was a six-point increase in moderate and conservative voters that led to a win for Biden and a third-place finish for Warren. In Tennessee, there was a three-point increase and a two-point boost in Alabama and Texas. Biden won every one of those states on Super Tuesday.

If Biden doesn’t win Michigan, then was Super Tuesday an aberration? Can Sanders run up enough votes in Ann Arbor and other college towns across the state?

In addition, we may be seeing a ceiling for Sanders. In 2016, in a one-on-one race with Clinton, Sanders was the beneficiary of the anti-Clinton vote that may be a bigger factor than previously realized. That’s not the case in 2020. Furthermore, Sanders’ inability to turn out younger voters or attract the votes of African-Americans is hurting him against Biden and that was clear on Super Tuesday.

The March primary contests could tell us a lot, as a number of those states will matter in November. And at the top of the list is Michigan.

The Michigan primary on Tuesday has 125 delegates up for grabs. It is a state Sanders won in the 2016 primary and it gave Trump an electoral college advantage in 2020. African-American, women and working-class voters will determine the outcome in the primary as well as the general election in November and questions abound. For example, can Biden put that Super Tuesday winning coalition together again in Michigan for another victory?

Wayne County, home to Detroit, is a key for any Democrat, and especially Biden, with a treasure trove of African-American voters. The suburbs outside Detroit and across Michigan are populated with white women voters who helped elect women as governor, attorney general and secretary of state in 2018.  Autoworkers and working-class voters who were battered by the 2008 financial crisis and saved by the bailout, only to be hit again by the Trump trade wars and tariffs, are noteworthy too. Will they vote for Sanders again? Go with Biden? Or sit it out?

If Biden doesn’t win Michigan, then was Super Tuesday an aberration? Can Sanders repeat his 2016 win with working-class voters and without anti-Clinton votes? Can Sanders run up enough votes in Ann Arbor and other college towns across the state? Will Muslim voters in places like Dearborn help Sanders offset the advantage Biden has with African-Americans?

The answers to those questions will tell us a lot about the Democratic nomination and the general election.

We know that the only thing that matters to Democrats is beating Trump. On Super Tuesday, voters decided that Biden is the one who can do that. This Tuesday, Michigan will tell us a lot about whether Biden is the candidate to beat Trump on the first Tuesday in November.